When two trains "kissed" each other 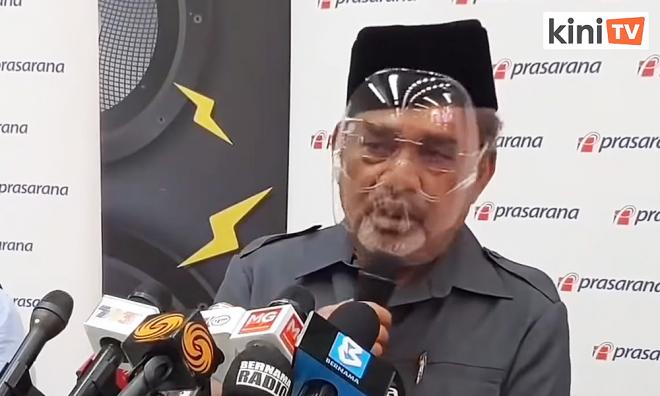 Did you hear about the one where two cars kissed each other?

– Joseph Heller, Catch-22
COMMENT | Prasarana Malaysia Bhd chairperson Tajuddin Abdul Rahman's press conference regarding the LRT accident was a cocktail of hubris, arrogance, vulgarity, bigotry and coarseness - but a fine example of what this regime values in its minions.

Watching the presser was like watching another slow-motion train wreck - which is unfortunate because the last thing the rakyat wanted was another collision, this time between public accountability and a kakistocratic operative of this regime. The position Tajuddin holds is not a job but a reward. He certainly treats it as such. And no doubt many before him.

After all, the Perikatan Nasional regime was handing out positions like candy to its motley crew of political frogs and supposed allies, and this is part of the mainstream political culture in this country.

This could have happened any time but the fact that it happened now, with someone like Tajuddin, who is incapable of maintaining a modicum of competency and professionalism, is demonstrative of the bottom of barrel approach of this regime.

Former prime minister Najib Abdul Razak in reassuring everyone that Tajuddin will resign at the "appropriate time", is also the kind of political opportunism that values agenda over accountability and further demonstrates the cynicism of the political elites when confronted by tragedy.

The fact that the Finance Ministry decided to remove Tajuddin from his position, after the avalanche of bad press his performance garnered, tells us all we need to know about the vetting processes of this government.

When it comes to mass public transport, having a perfect track record should be a given and since this is supposedly the first accident of its kind, what should have been done is to reassure the rakyat that everything was under control, to demonstrate empathy to the victims and of course a commitment for accountability and transparency.

Tajuddin and his ilk like to use the word “provoke” because it is a convenient defence for the state to take action against those who “provoke” on certain uncomfortable issues. A train collision happened on his watch. People were hurt, some very serious, but all he cares about are supposed provocations regarding his competency.

This, of course, is the strategy of the current regime. Get people emotional. Get Pakatan Harapan emotional and then it becomes less of the failure of policy but rather a partisan issue. An example of this would be the handling of the aftermath of this accident. Some of the passengers on the LRT Kelana Jaya line after the May 24 collision, who were badly injured.

This is the baseline for such pressers. This has been done in countries all over the world by governments that are not necessarily democratic. In other words, this is not brain surgery. The fact that Tajuddin botches this and makes this another political talking point, implies that stonewalling and deflection is the best we will get from any investigation.

Throwing some cash at the victims, while behaving aggressively to reporters, is indicative of how governments in Malaysia view public failures and the fourth estate but especially the PN regime, whose credibility and legitimacy issues have affected its messaging.

However, do not be distracted. This is what this regime does. Just like how the prime minister attempted to deflect from the failings of his administration by defining criticisms of the state's policies as mere invective, what Tajuddin did is to use his mediocrity to deflect from the reality that he really does not care about the position he occupies - beyond the benefits the position elicits.

Even his firing is a means to deflect and distract the rakyat from the bigger issue at play.

You just had a collision between two trains, which apparently occurred because preliminary investigations revealed that it was the error of the driver. Now, if you believe this, as if there were no other safeguards and contingencies and everything revolved around this “lone driver theory”, that is on you.

The government scrambling to claim that every avenue would be investigated is ludicrous, since everyone in the government is tainted by PN's credibility and legitimacy issues.

The issue here will be transparency and accountability when it comes to this accident. Questions have already been raised by a former Transport Ministry official about systemic failures and the rakyat are left to wonder, considering how this regime deals with criticism, is this going to be viewed as a “provocation”?

Prasarana has committed to pay the victims of the accident a thousand ringgit plus any additional expenses including loss of income, but this seems more like rubbing salt on the wound. What is needed is accountability and transparency and I fear that we will not get it.

After all, with all the issues going on in this country at the moment, including the raging Covid-19 pandemic, the antics of Tajuddin will be forgotten by the next news cycle and we may get another incident if Prasarana is not continuously pressured to reveal exactly what went wrong that led to this accident. 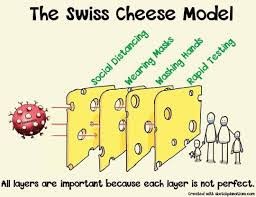