Najib says Tajuddin sorry for being insensitive, will quit when Umno says so 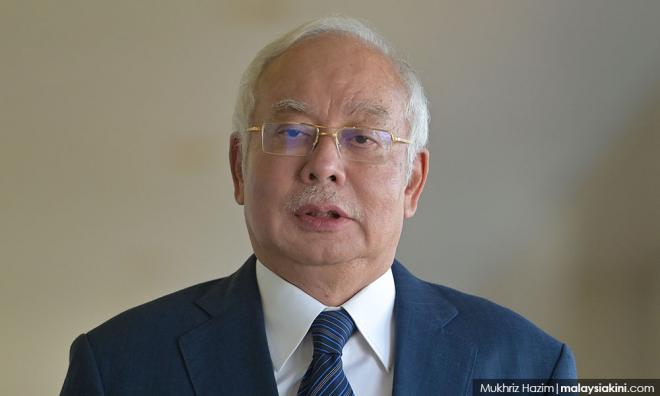 Najib says Tajuddin sorry for being insensitive, will quit when Umno says so

Former Umno president Najib Abdul Razak claimed that Tajuddin Abdul Rahman will be apologising for his gaffes and being insensitive at a press conference yesterday on the LRT accident.

He also said the Pasir Salak MP will be resigning as Prasarana chairperson at a later date to be determined by Umno.

In a Facebook post, Najib said he had called Tajuddin today - after which he admitted being at fault, and accepted four pieces of advice the former prime minister gave.

"(He will) apologise over how he handled the press conference, as a tragedy where many were injured was no time for jokes.

'He admitted he should not have done that... that it should have been done with empathy and information," Najib said.

He added that Tajuddin will also apologise to journalists, especially the one from China's Phoenix TV.

Yesterday, the foreign correspondent had asked Tajuddin about measures to keep passengers being treated at the hospital safe from Covid-19.

Tajuddin shot back saying the reporter should not make an assumption, and then later asked where she was from.

When the reply came, he said, “China. No wonder lah.”

Earlier, in answering the reporter's question about the situation in the tunnel, Tajuddin said: "Normal... only the two cars are together... they kissed each other..." And then, he appeared to laugh.

Tajuddin's conduct at the press conference has led to calls for him to resign. Touching on this matter, Najib said Tajuddin had promised to resign "as soon as the Umno supreme council orders all Umno members to let go of their positions at an appropriate time".

This was in reference to Umno's current stance, that they would stay in the Perikatan Nasional led government until Parliament is dissolved.

At present, Parliament is expected to be dissolved after the state of emergency ends - tentatively on Aug 1.

The government said preliminary investigations into the LRT collision in the underground tunnel between the KLCC and Kampung Baru stations revealed an element of "negligence" by the driver in manually controlling one of the trains.

The Land Public Transport Agency found that the empty train TR240 was moving in the wrong direction and collided with TR181 on the same track.

Of the 213 passengers on board, 64 received treatment at the hospital, including six who are in critical condition.

Najib said Tajuddin has also promised to revise the RM1,000 compensation pledged by Prasarana to a more "satisfactory" amount as emergency aid and bear all medical costs.

Further, the Pasir Salak MP also reportedly vowed to do a thorough probe on the accident without any coverups.
Posted by KTemoc at 7:04 pm