Penang gets 2 million Sinovac doses but Putrajaya says no 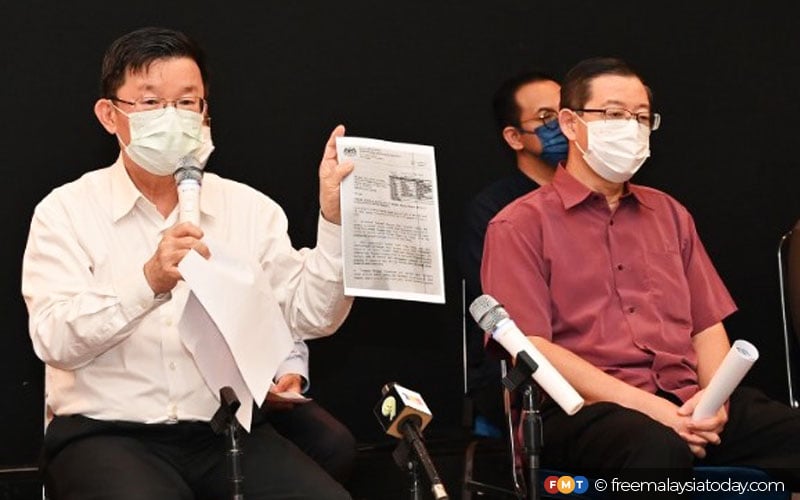 GEORGE TOWN: Penang has been offered two million doses of Sinovac vaccines for free but is unable to do anything with them, as the federal government is standing in the way.

The health ministry has denied the state permission to use the vaccines and told it to wait for the National Covid-19 Immunisation Programme to be rolled out, said chief minister Chow Kon Yeow.

He said they had written to the ministry in February when the offer for the vaccines was first made but the ministry turned them down.

“If we get these two million doses, it will be handed over to the health ministry to be administered to Penangites. If there are excess doses, they can be given to other states.

“We would also like to ask why Penang and other states have not been given the same opportunity to buy vaccines, like Selangor and Sarawak,” he said in a press conference here today.

Also present was former Penang chief minister Lim Guan Eng who said the move to deny the vaccines was “criminal” and urged Chow to go ahead and “take the donated doses” and accept any punishment that the federal government may mete out.

“This is a crime by the PN government. You allow political donations, can but say no to vaccine donations. ‘Kepala otak dia’, how can this happen?

“When there are two million doses, frontliners, elders, so many lives, can be saved. I want to propose to Chow and the state, let’s just take the donated doses; if they (the authorities) want to punish, let them punish.

“It is a crime to stop the vaccines from being given, as many people, including journalists, have yet to get their jabs,” the Bagan MP said.

Separately, Chow said his government would support the Armed Forces in setting up the Field intensive care unit (ICU) at the grounds of the Kepala Batas Hospital to allow 27 ICU beds to be placed.

He said a budget of RM2.04 million had been requested from Penang for the electricity supply works, and mechanical, civil engineering works for the Field ICU.
Posted by KTemoc at 5:18 pm