Tajuddin is only good as a goon, says Santiago 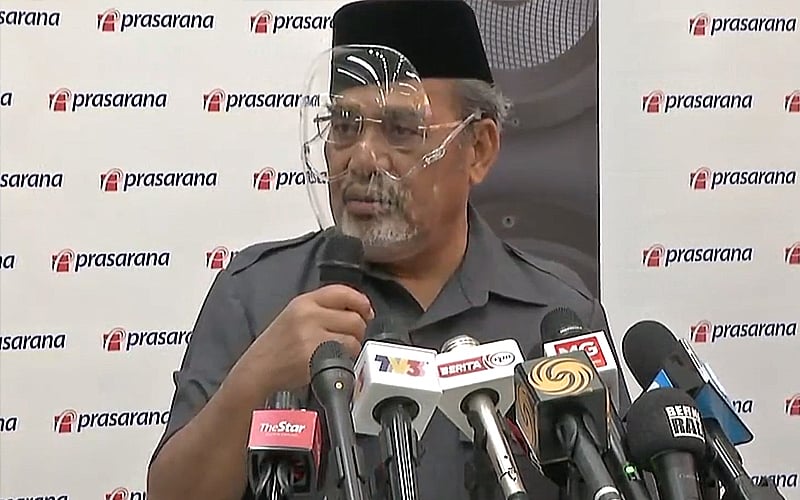 Tajuddin Abdul Rahman had described the horror crash as two trains ‘kissing each other’ during a press conference.

The Klang MP slammed Tajuddin for joking about the collision when he said one train “kissed” another, calling the minister an “unmitigated disaster”.

“This man must be sacked immediately for not just lacking empathy but for failing to do his job,” he said in a Facebook post.

Santiago recalled that Tajuddin had previously said Seputeh MP Teresa Kok was the only woman with a “Kok”, and also got into a brawl with Shah Alam MP Khalid Samad in Parliament.

“The only thing Tajuddin was ever good at was being a goon,” he said.

Santiago also accused transport minister Wee Ka Siong of diverting the responsibility from Prasarana and Tajuddin by attributing the crash to the driver. Wee had blamed the crash on human error and the hostler’s negligence.

Santiago asked why the control centre was not aware of the driver switching directions, and why no warning was given to the train carrying passengers.

He added that the RM1,000 compensation for all affected passengers was “an insult”, saying Tajuddin should have quoted a figure that was “reflective of the tragedy”.

“We need an independent team of experts to conduct impartial investigations to ensure such incidents do not happen again.”

A total of 64 passengers are still being treated at Hospital Kuala Lumpur, with six in critical condition and three requiring ventilators.

Two of the victims needed brain surgery while a third needed cerebral resuscitation treatment, according to reports.
Posted by KTemoc at 7:27 pm