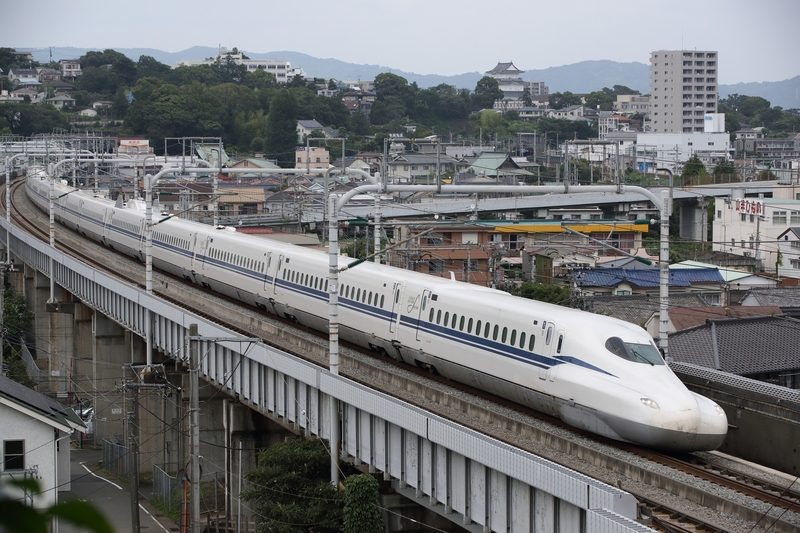 Japan has a reputation for extreme punctuality. (File pic)

TOKYO: The driver of a speeding Japanese bullet train handed over the controls to an unqualified conductor so he could answer an urgent call … of nature, a rail operator has revealed.

The unfortunate driver’s toilet trip might have gone unnoticed, except for the fact that his train was subsequently one minute late, which prompted an investigation in a country famous for punctuality.

The driver confessed that he had left his post after experiencing abdominal pain, and turned over controls of the train with 160 passengers on board to a conductor so he could run to the toilet.

He was away for three minutes as the train ran at 150km an hour.

Bullet trains are tightly controlled by computerised central command systems, but human drivers are required to stay in place to deal with any unexpected situation, a spokesman told AFP.

They also need to manually brake or accelerate as necessary to ensure safety and keep trains on schedule.

The driver’s brief absence apparently resulted in the minute delay that flagged his secret to superiors.

Drivers who experience an emergency while operating a train are supposed to coordinate with the command centre to turn over the controls to a qualified conductor or stop on the tracks or at the nearest station.

In a news conference on Thursday, company executives apologised for the incident and said the red-faced driver would be dealt with “appropriately”.

The driver explained he “didn’t want to cause a delay by stopping the train”.

“I didn’t report it because it was embarrassing,” he added.
Posted by KTemoc at 6:57 pm