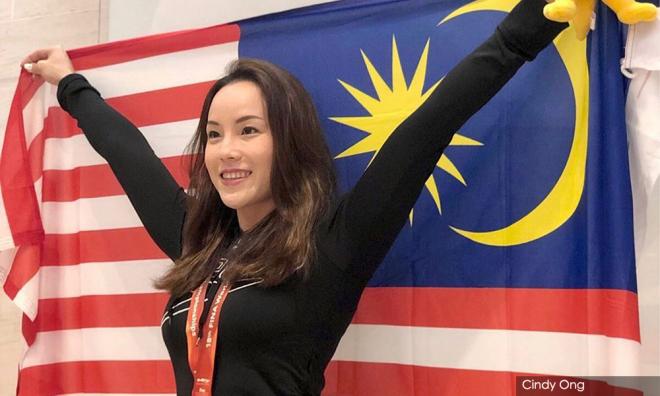 Swimmer and mother of three Cindy Ong was featured in a Harian Metro report, posing with her medals but the lewd comments from readers, who focused on her physique instead of her accomplishment, left the 37-year-old athlete dispirited.

Speaking to Malaysiakini, Ong shared how she had encountered sexual harassment and assault over the years, including from a national coach when she was a teenager.

Hailing from Ipoh, Perak, the seven-time -gold medallist at the FINA World Championship Masters category (for those aged 35-39) started her training in secondary school.

When travelling abroad for competitions, Ong said the national team of dozens of swimmers would be led by different swimming coaches.

It was during one of these trips, she claimed, that a coach touched her breast.

She recalled that the coach came into her room and told her to take a nap before the competition. He then sat next to her and patted her.

"I was lying on the bed, and he came over and patted my shoulder. Then, his hand went here, there, there..."

As a teenager, Ong said she was naive and unsure how to respond.

She later found out from others that the same person had sexually assaulted at least 10 athletes over the years. 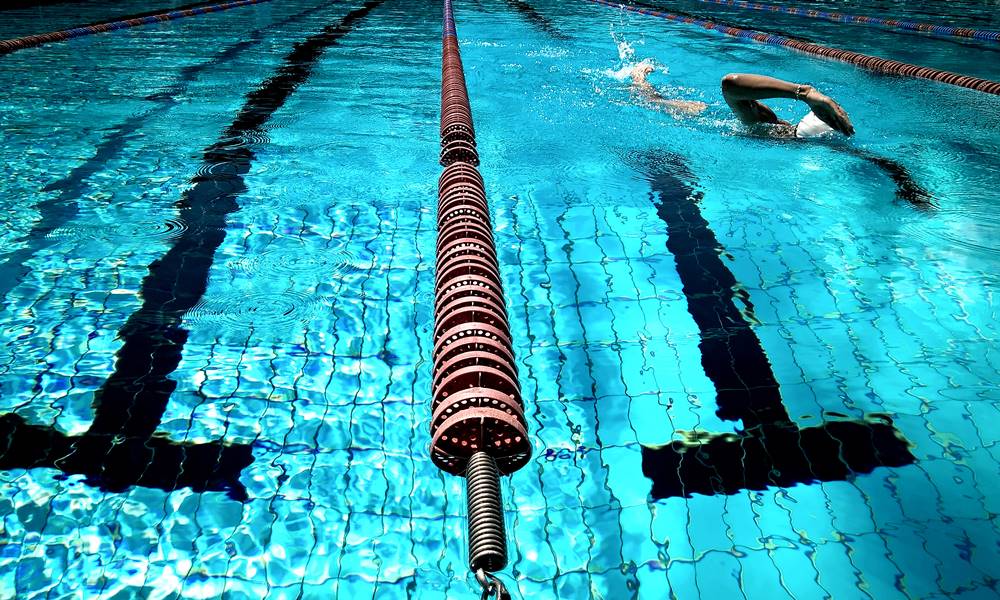 The incident, he said, happened during a competition in South Korea some two decades ago.

"At the time, I went downstairs looking for him because I wanted to check out the video recording of my swimming performance.

Following this, he heard more allegations against the coach, including how he touched swimmers' private parts during an overnight training camp.

Meanwhile, Ong said upon completing a double degree in psychology and sociology in the US, she had reflected on the incident and realised that the coach was a bisexual paedophile.

Ong revealed that the man had attempted to harass her again when she was in her 20s.

"Paedophile perpetrators usually groom and prepare their victims. What he did to me is exactly the same thing we have read (about such predators)," she added.

Ong said she decided to share her experiences to raise awareness among young athletes and not because she wanted this person punished.

She added that the person is no longer with the national team but is still providing swimming lessons.

Malaysiakini has contacted the National Sports Council for comment.

Similarly, the male swimmer, who spoke on condition of anonymity, said he, too, wanted to create awareness and prevent others from becoming victims.

Noting that male athletes also fall victim to such assaults, he recalled how, as a teenager, someone had touched him in the shower. Frightened, he ran from the washroom but never told anyone about the incident.

Now in his 30s, he said young athletes who face similar situations should not remain silent and confide in a trusted adult.

"If this happens, tell your parents or your coach. When I was young, I never told anyone. I didn't know how to react," he added.

Ong, on the other hand, said she also face harassment on social media and unwanted sexual advances, including from a politician.

After giving birth to her third child in 2017, she resumed training and competed in the 17th FINA World Swimming Championships in Hungary. Failing to obtain funding or sponsorship from the government, Ong felt that her talent was not recognised in Malaysia and two years later, joined the Singapore team to contest in the 18th FINA World Swimming Championships in South Korea. She won five gold and two silver medals.

"When I won five gold medals, I carried the Malaysian flag. But on the screen, next to my name, it was stated 'SIN' (for Singapore)," she added.

Earlier this year, Ong was ranked as the world No 1 in the women’s butterfly for the 35-39 age group with a record of 26.71 seconds in the 50-metre freestyle.

Although she was not recognised for her sporting achievement, a Malaysian politician, however, started to express interest in her. He began to send her text messages, praising her figure.

He even offered her a large sum of money in exchange for sex.

"He said 'I know your type'. He said that I'm posting (photos of myself) because I am looking for 'something'. No, I'm not looking for ‘something’," she stressed.

Ong said she deleted the messages and blocked the politician as she felt disgusted.

She claimed that most female athletes have experienced similar situations, especially those in gymnastics and aquatic sports because of their attire.

In the 1990s, former national team coach C Ramanathan was charged with molesting two junior athletes. He was sentenced to four years in prison after being convicted.

After a series of appeals, his jail term was reduced and he was released in 2011.

According to China Press, a witness testified that the victim hesitated before reporting the crime because she was afraid that the offender would use his connections to destroy her career.

After years of litigation, the High Court in Kuala Lumpur in February 2020 acquitted and discharged Huang on the grounds that reasonable doubt was raised against the charge.

According to reports, judge Mohd Nazlan Mohd Ghazali stated, among others, that the victim failed to make a police report and check her injuries immediately, and that the defence showed there was not enough time for rape to have occurred.

Over the years, politicians have also made tasteless remarks on athletes and their attire.

In 2015, gymnast Farah Ann Abdul Hadi was criticised for not "covering up" when she clinched a gold medal in the SEA Games. At the time, Perak mufti Harussani Zakaria said gymnastics is not for Muslim women while PKR Lumut MP Mohamed Imran Abdul Hamid said in Parliament that the "sexy attire" of athletes could lead to illicit sex.

Responding to this, Ong said international games are competitive and suitable sportswear is essential to ensure an athlete's best performance.

For swimming, she pointed out, the correct design and material of a swimsuit can provide an edge with regard to resistance in the water.

"We even shave our legs to reduce drag. The men shave their eyebrows.

“The competition is intense. You can lose by 0.1 second, sometimes even 0.01 second. We just can't afford any drag at all.

"I don't think swimmers would think that the first thing they need to do after getting out of the pool is to cover up just because men cannot control their desire," she added.

During the interview, Ong also stated that a number of media outlets had refused to publish her story because no police report was lodged.

"Sexual harassment is more rampant than one or two specific cases. What I said is not an isolated incident and it happens frequently," she said.

Ong also said it is difficult for victims to "provide evidence" that they were touched or molested.

Moreover, if the offender is a powerful prominent figure, victims are concerned about their personal safety or retaliation.

"Politicians are condoning it, and people continue to do it. But it should not become the norm and it is not normal," she added.
*********
kt notes:
Early this year MyGovernment, the “single gateway to all government online services”, published:
"Polygamy is required by Islam, among others, due to the husband’s “incredible sense of sexual desire” that the wife cannot fulfil".
It has been a true statement for Malaysia!
Posted by KTemoc at 12:00 pm