Life’s a drag for old man in dilapidated, lice-infested house 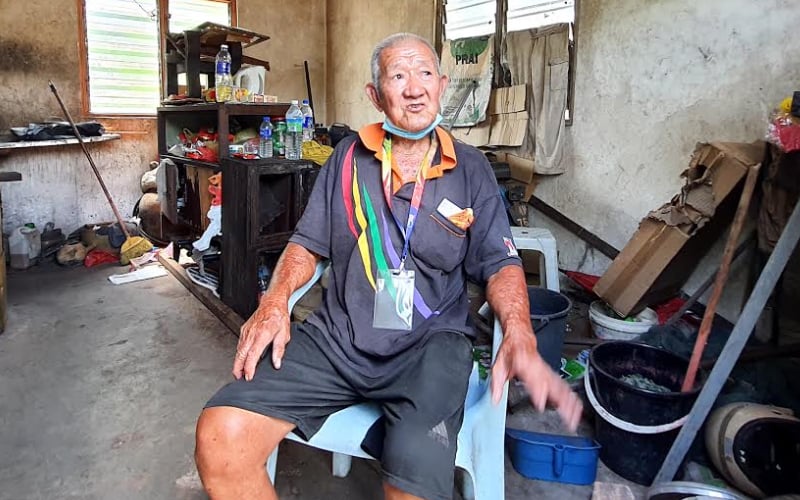 Tew Ah Kaw, 83, has been living alongside lice and mosquitoes for the past four to five years. (Great Heart pic)

MELAKA: With a wounded leg and nothing to lie on but a rusted steel bed frame, Tew Ah Kaw has not had a good night’s sleep in years.

In the morning, the unmarried 83-year-old is greeted by the lice and mosquitoes that have taken over his dilapidated home in Durian Tunggal.

“These bugs around me just keep coming. It’s extremely itchy and painful,” he said.

Early last week, his few belongings were damaged by flash floods. It is a daunting task for him to clean out the clogged drains behind his home. 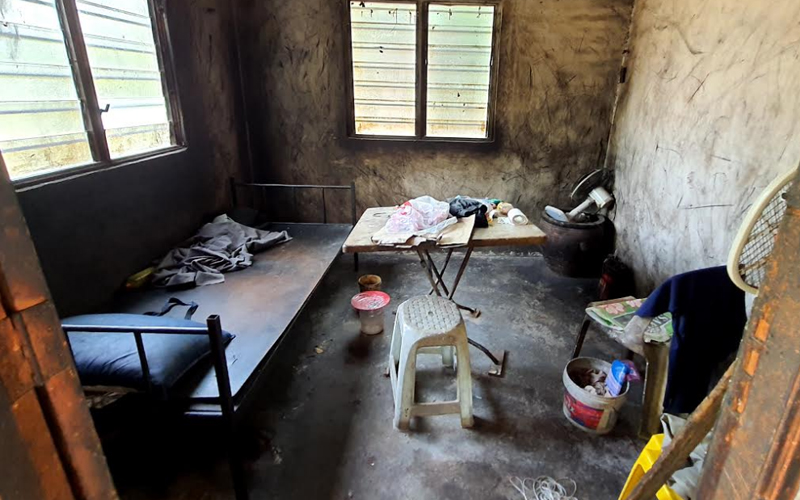 Life wasn’t always this miserable for Tew, who used to transport logs to Singapore until the late 1980s, when his physical health began to deteriorate.

“I used to live in another house nearby, but I had to leave because there were plans to build roads in the area. I’ve been in this place for the past four to five years.”

Having survived off the bare minimum since he moved, Tew has lost all will to live, let alone improve the state of his home.

“Even if I find the motivation to do up my home, you need money to do things, right?” he said. “I can’t really do much with my leg anyway.”

While people in his neighbourhood occasionally help with his living expenses, his main source of income is the RM300 he receives from the welfare department every month. It is mostly spent on groceries and the occasional treat at the mamak restaurant. 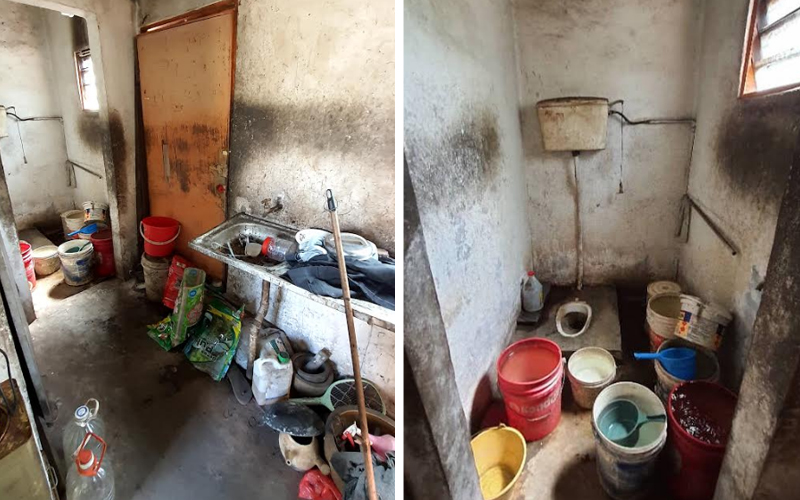 Hygiene is a main issue for Tew, who gets water from a stand pipe. (Great Heart pic)

Without a proper bathroom, Teh bathes with piped water collected in old paint cans and uses a squatting toilet – a painful chore, he said.

His only living relative is his niece, whose husband takes Tew to the hospital to clean the wound on his leg three times a week.

His plight has since come to the attention of the Great Heart Charity Association, which is now raising funds to make improvements to his home.

Lim Weii Liian, a representative of Great Heart, said he found out about Tew’s problems when he drove past the elderly man who was walking slowly by the side of the main road.

“I decided to stop my car and offer him a ride to his destination. He told me he just came back from the hospital and that he was actually in front of his house,” Lim told FMT.

“When I looked at where he was pointing, I was in shock because the house looked abandoned.” 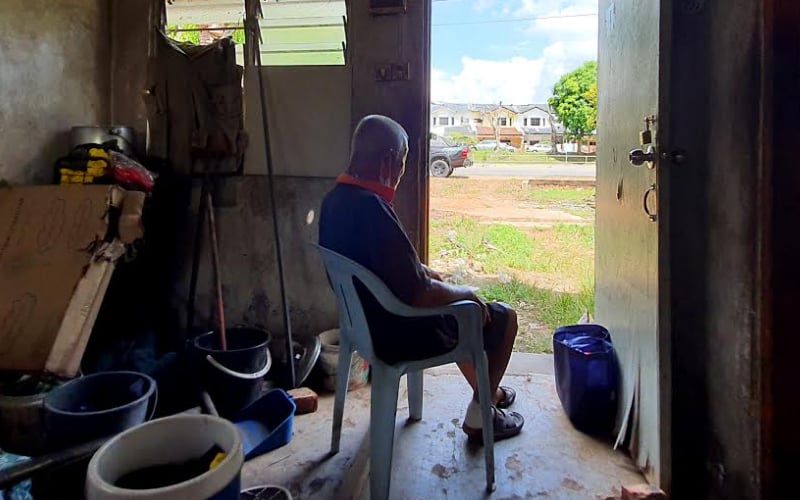 With an injured leg, Tew is unable to move around much and spends most of his time watching the world pass by. (Great Heart pic)

The charity had initially offered to transfer him to an old folks’ home, but Tew said he wasn’t keen on the idea and preferred to remain independent in his own house.

Lim said the charity decided to renovate and clean up his house, which has overgrown trees and grass surrounding the place. “At least this way, Uncle can live more comfortably,” Lim said.

However, the charity’s efforts had been delayed by movement restrictions and rise in coronavirus infections.

Just a few of Atuk's "rich" Chinese Malaysians
Posted by KTemoc at 12:51 pm