According to Resorts World Genting’s operating guide on its website, the casino, club and club private gaming remain open but to Genting Rewards members only.

PETALING JAYA: Two elected representatives from the opposition have asked why casinos at Genting Highlands are being allowed to operate during the movement control order (MCO), when people are not even allowed to dine-in at restaurants.

Klang MP Charles Santiago said the point of the MCO was to curb social interaction among people, something which was bound to happen in a casino between workers, gamblers and others.

He added that casinos were an enclosed environment which posed a greater risk of spreading the virus compared to open and well-ventilated areas. 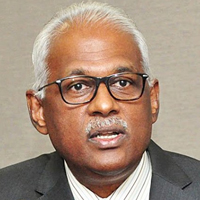 At the time of writing, the operating guide also stated that it was last updated on May 17. The nationwide MCO came into effect on May 12.

Santiago also wanted to know who would be frequenting these casinos when the interstate and inter-district travel ban was still in place, saying this was “very fishy”.

“How are people going to get a permit to go to Genting? Secondly, who is monitoring social interactions in the casino? Are SOPs really being followed there? Is there sufficient physical distancing?

“This is definitely unfair to restaurants. My heart really goes out to restaurant owners at this time; I don’t know how they will survive,” the DAP MP told FMT. 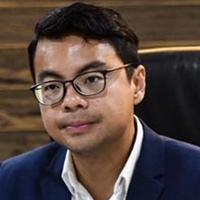 Lee Chean Chung, the assemblyman for Semambu in Pahang, maintained that there should be no double standards with MCO SOPs.

The PKR treasurer-general told FMT: “In casinos, people would be sitting there for a long time.” He too expressed surprise over why Genting’s casinos were operating when interstate travel was prohibited.

Resorts World Genting declined to comment when contacted by FMT.

Shankar Santhiram, founder of The Fire Grill in TTDI, said the current MCO seemed more to be an “F&B industry MCO”, adding that he felt victimised by the news that casinos were open to customers.

“No dine-ins, but apparently casinos can operate. No dine-ins but industry and factories are still open and operating, although they contributed to the largest clusters.

“People seem to think that restaurant owners are being selfish and don’t want to ‘take one for the team’. This is not true at all. Most of us in this industry understand and agree that the chain of infection needs to be broken.”

Meanwhile, Malaysia-Singapore coffee shop proprietors general association president Wong Teu Hoon said it was no surprise that casinos in Genting were allowed to open as shopping malls and night markets were also operating.

He told FMT that the bigger question was whether this MCO was effective in addressing the situation, adding that he hoped the sacrifices made by restaurants would be worth it.

“We hope the government will give out aid, such as wage subsidies, to affected industries as in the first MCO. From a financial perspective, Bank Negara Malaysia can offer more assistance to employers,” he said.
Posted by KTemoc at 10:24 am