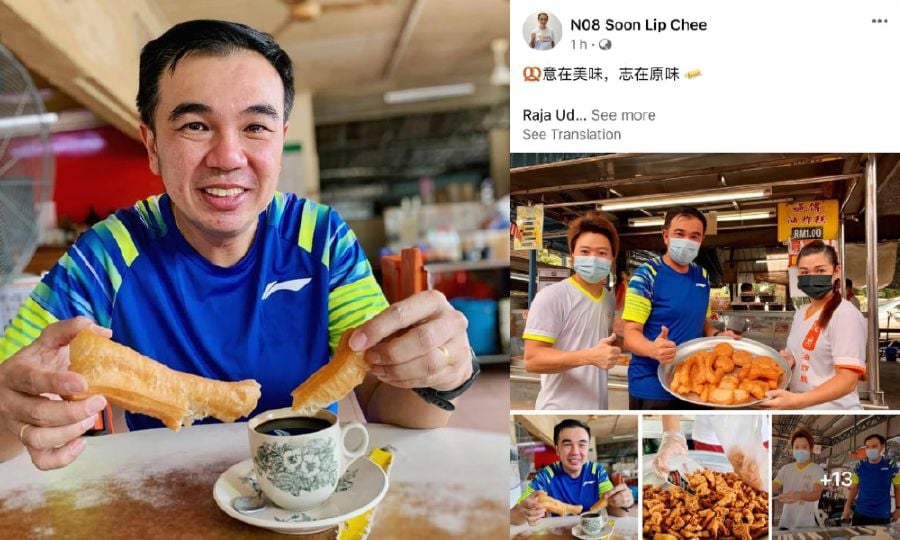 A photo of Soon Lip Chee, showing him eating at an eatery in Medan Selera Sin Tat Garden, went viral, earning the wrath of netizens.

"We have called in the Bagan Jermal assemblyman, the owner of the eatery and several other individuals today to have their statements recorded over the matter.

A photo of Soon, showing him eating at the eatery, went viral, earning the wrath of netizens.

Netizens condemned the state exco's action, at a time stricter SOPs have been put in place, and demanded police investigate the matter.

Noorzainy said, based on initial investigations, the incident happed at about 3pm on Sunday (May 23) and Soon claimed that he was there to promote a food stall at the Medan Selera.

He, however, said he did not eat there as shown in the photo.

"According to him, he had gone into the eatery just to snap a photo showing him enjoying the food without his mask on. It was just an act and he did not eat there.

"After that, he left the eatery," he added.

Noorzainy urged the people not to make any speculations over the incident.

He also denied that police did not take any further action.

"The investigation paper will be handed over the Deputy Public Prosecutor's Office when it is completed for the next course of action.

"Our advice is for everyone to comply with the SOPs put in place at all times, failing which action will be taken according to provisions of the law," he said.
Posted by KTemoc at 3:00 pm