Santhiram R Raman’s book delves into the discrepancies between the true history of Malaya and Malaysia and what is taught in schools.

PETALING JAYA: Excluding other races was never the intention when then education minister Anwar Ibrahim instructed in 1987 that the school curriculum be revised to reflect the primacy of Malays.

In stating this, former professor of education Santhiram R Raman said Anwar never said to do away with non-Malay history.

“He just wanted Malay history to be the ‘base’, so to speak.

“It was the historians and people who rewrote the syllabus that left the history of the other races aside,” he explains in his latest book.

As a result, Santhiram reckoned textbooks that had since been published lacked the multi-cultural perspective that a country like Malaysia deserves, even if they were improvements over some of the instalments that came before this.

Citing textbooks published over the last five years, Santhiram said an over-emphasis on Islam at the expense of other prominent religions remained apparent.

“And the role Chinese and Indians played in the social and economic development of pre-independence is completely downplayed.

“What emerges when you look at these recent textbooks is a sanitised view of Malaysian history, as a nation that developed to its current status in a systematic way through the genius contributions of the Malays,” he said. 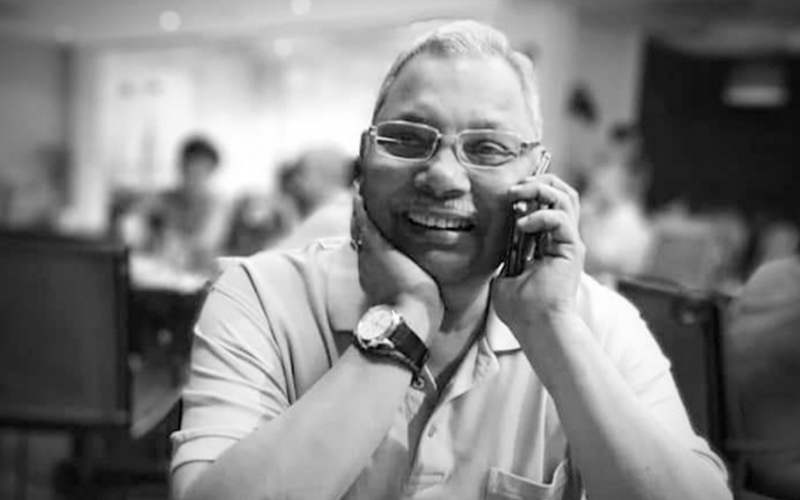 Santhiram R Raman says to exclude sections of history for political purposes will only lead to short-term gains.

Malaysia’s pre-independence history syllabus was once designed with a European and colonial lean.

This focus began to shift in the 1960s when local historians became more involved in the production of history texts and British books were phased out, with Malaysia’s history forming the core of the syllabus.

Santhiram said this evolved further in the 1970s and 1980s, which saw the rise of nationalism in the consciousness of Malays, and the heightened desire to assert their identity as the original settlers of the peninsula.

“As a result, the texts of that era left out or minimised the contributions of the importance of Chinese communities in the tin mining industry, as well as the discoveries of Hindu-Buddhist artifacts that imply a rich Indian history in Kedah, Perak and Johor.”

While books in the post-Anwar era are slight improvements over their predecessors, Santhiram said there is still plenty of room to do better.

He argues that the call to change history texts is not about removing the influence of Malays in the country’s history, but expanding what’s taught to be more inclusive of all races and the stories their ancestors have to tell.

“We need to celebrate our diversity and the histories of all, and then everyone would feel a part of this nation. That’s how history needs to be taught.

“Our political leaders should take a more considered view of what they want for this country. To exclude sections of history for political purposes might lead to short-term gains, but a more inclusive perspective is a better path to unity.”

Santhiram’s book “From Decolonization to Ethno-Nationalism: A Study of Malaysia’s School History Syllabuses and Textbooks 1905-2020” delves into the discrepancies between the true history of Malaya and Malaysia and what is taught in schools.

It explains how this creates roadblocks on the path to national unity and solidarity.

Santhiram said that even eminent Malay scholars like Shamsul Amri Baharuddin, founding director of the Institute of Ethnic Studies at Universiti Kebangsaan Malaysia, have begun to support this point of view and see the value in promoting a history that includes the stories of all Malaysians.

Published by the Strategic Information and Research Development Centre, Santhiram’s book is available at Gerakbudaya’s physical and online stores.
Posted by KTemoc at 12:15 pm