YHWH approves the massacre of a peaceful people so one of his tribes could have a place to live. 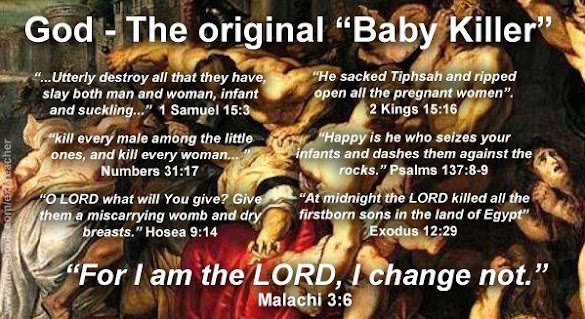 Most believers think God destroyed the Canaanites because they were depraved and immoral, although the bible does not make that claim. They were killed — and labeled "evil" and "wicked" — simply because they did not worship him. Here is a group of people who did nothing wrong. They were "at peace and secure," but they had to be eliminated.

"And in those days the tribe of the Danites was seeking a place of their own where they might settle, because they had not yet come into an inheritance among the tribes of Israel. . . . Then they said to [the priest], 'Please inquire of God to learn whether our journey will be successful.' The priest answered them, 'Go in peace. Your journey has the Lord's approval.' . . . Then they took what Micah had made, and his priest, and went on to Laish, against a people at peace and secure. They attacked them with the sword and burned down their city. . . . The Danites rebuilt the city and settled there." (Judges 18:1–28 NIV)

The Canaanites were not the evildoers. The Israelites were the invaders!
********* 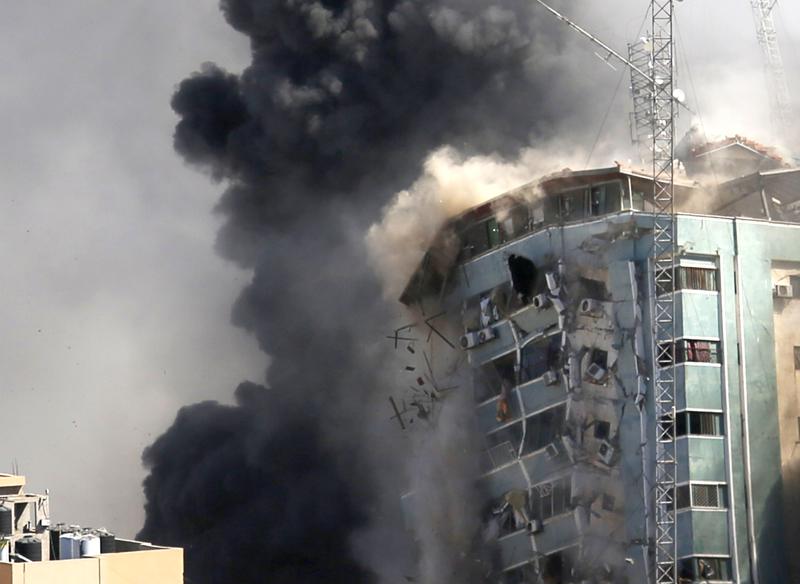 AP Photo/Hatem Moussa
JERUSALEM (AP) — An Israeli airstrike on Saturday destroyed a high-rise building that housed The Associated Press office in the Gaza Strip, despite repeated urgent calls from the news agency to the military to halt the impending attack. AP called the strike “shocking and horrifying.”

Twelve AP staffers and freelancers were working and resting in the bureau on Saturday afternoon when the Israeli military telephoned a warning, giving occupants of the building one hour to evacuate. Everyone was able to get out, grabbing a few belongings, before three heavy missiles struck the 12-story building, collapsing it into a giant cloud of dust.

Although no one was hurt, the airstrike demolished an office that was like a second home for AP journalists and marked a new chapter in the already rocky relationship between the Israeli military and the international media. Press-freedom groups condemned the attack. They accused the military, which claimed the building housed Hamas military intelligence, of trying to censor coverage of Israel’s relentless offensive against Hamas militants.

Ahead of the demolition, the AP placed urgent calls to the Israeli military, foreign minister and prime minister’s office but were either ignored or told that there was nothing to be done. 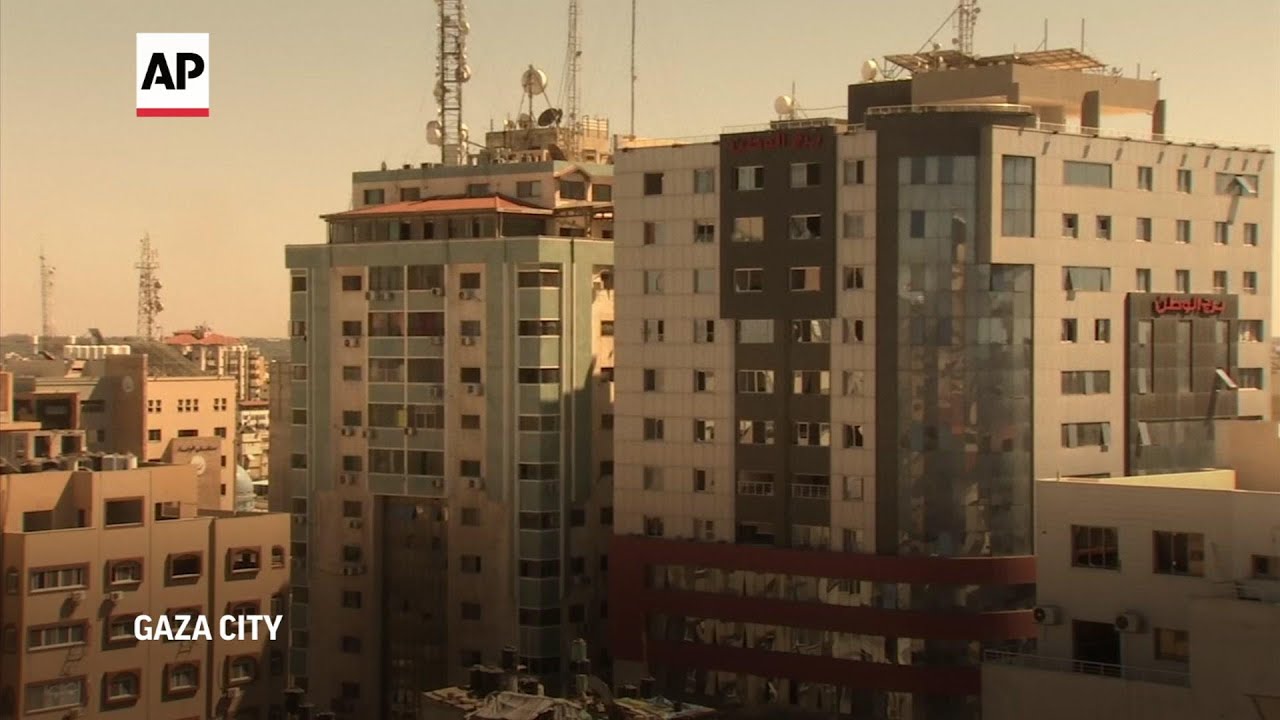 For 15 years, the AP’s top-floor office and roof terrace were a prime location for covering Israel’s conflicts with Gaza’s Hamas rulers, including wars in 2009, 2012 and 2014. The news agency’s camera offered 24-hour live shots as militants’ rockets arched toward Israel and Israeli airstrikes hammered the city and its surrounding area this week.

“We have had no indication Hamas was in the building or active in the building,” AP President and CEO Gary Pruitt said in a statement. “This is something we actively check to the best of our ability. We would never knowingly put our journalists at risk.” 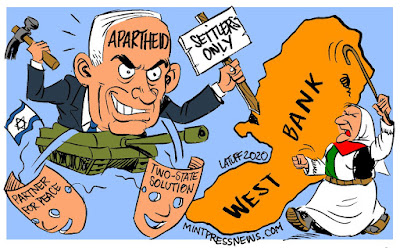 Pruitt described the news agency as “shocked and horrified that the Israeli military would target and destroy the building housing AP’s bureau and other news organizations in Gaza.” He warned: “The world will know less about what is happening in Gaza because of what happened today.”

“This is an incredibly disturbing development. We narrowly avoided a terrible loss of life,” he said, adding that the AP was seeking information from the Israeli government and was in touch with the U.S. State Department.

The building housed a number of offices, including those of the Arab satellite channel Al-Jazeera. Dozens of residents who lived in apartments on the upper floors were displaced. 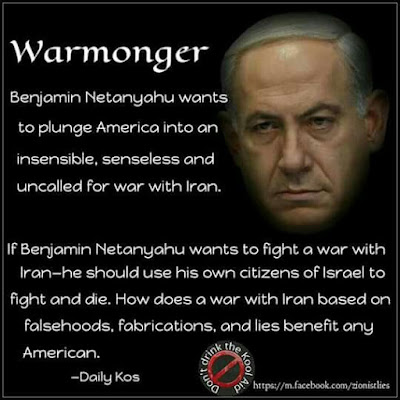 A video broadcast by Al-Jazeera showed the building’s owner, Jawwad Mahdi, pleading over the phone with an Israeli intelligence officer to wait 10 minutes to allow journalists to go inside the building to retrieve valuable equipment before it is bombed.

“All I’m asking is to let four people ... to go inside and get their cameras,” he said. “We respect your wishes, we will not do it if you don’t allow it, but give us 10 minutes.” When the officer rejected the request, Mahdi said, “You have destroyed our life’s work, memories, life. I will hang up, do what you want. There is a God.”

Late Saturday, Prime Minister Benjamin Netanyahu said the building was used by Hamas military intelligence. “It was not an innocent building,” he said. 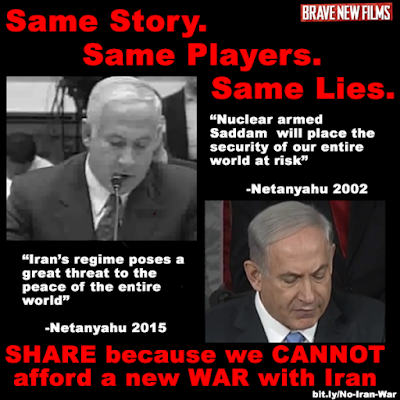 Israel routinely cites a Hamas presence as a reason for targeting buildings. It also accused the group of using journalists as human shields.

Lt. Col. Jonathan Conricus, a military spokesman, refused to provide evidence backing up the army’s claims, saying it would compromise intelligence efforts. “I think it’s a legitimate request to see more information, and I will try to provide it,” he said. 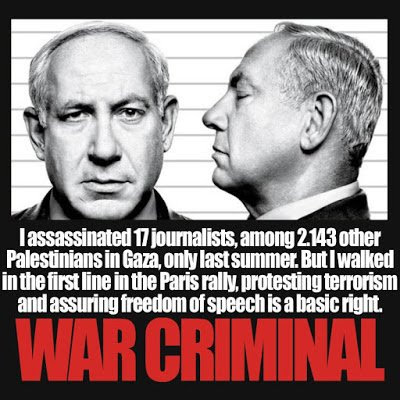