Klang MP calls for Suhakam, EAIC-led inquiry after yet another custodial death in Gombak 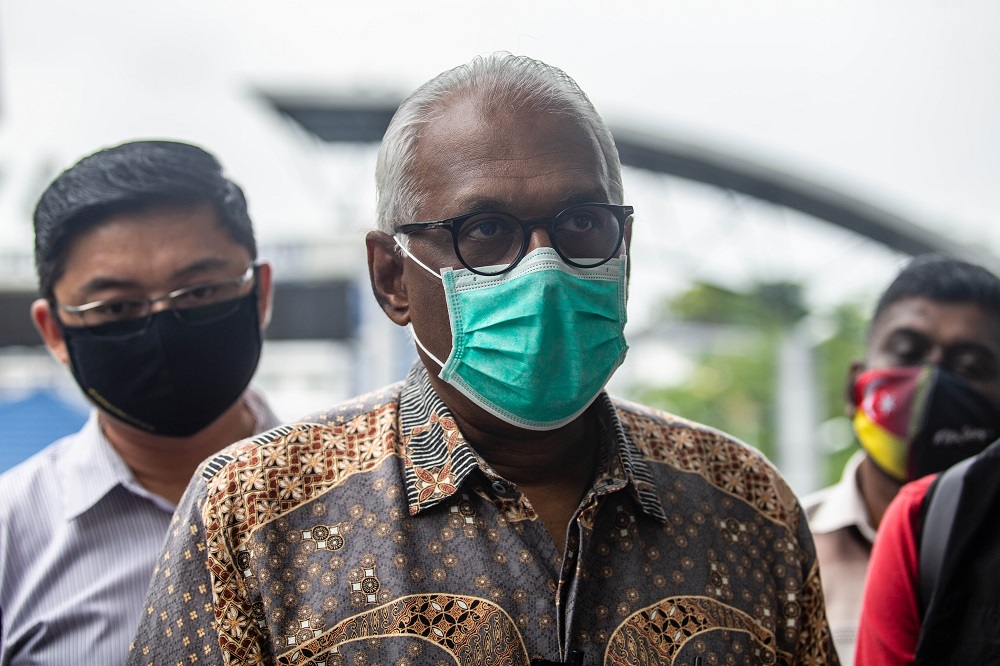 Klang MP Charles Santiago speaks to reporters after giving his statement to the police at Bukit Aman in Kuala Lumpur December 18, 2020. ― Picture by Firdaus Latif

The MP added that all police officers that involved the arrest of Sivabalan must be suspended until the investigation of the latter’s death has ended.

“So, here’s what needs to happen — there must be a public inquiry with Suhakam and the Enforcement Agency Integrity Commission taking the lead.

“And all police officers who handled Sivabalan’s arrest must be suspended pending the outcome of the investigation,” he said in a statement today.

Charles added that this came hot on the heels of another death in custody involving another ethnic Indian, A. Ganapathy, at the same Gombak district police headquarters.

He added that the police had called Sivabalan’s sister at 3pm saying that he was in critical condition at the Selayang Hospital, despite the death being announced at 12.30pm in the police report.

“You know something — I am not interested in waiting for the police to conduct its investigation.

“It’s ridiculous because it’s the police investigating themselves,” he added.

He then urged Prime Minister Tan Sri Muhyiddin Yassin to address the issue and stressed that this cannot happen again.

“And then I need him to set-up the Independent Police Complaints of Misconduct Commission or the IPCMC. Anything other than this is a farce,” he said.

Yesterday, news portal FreeMalaysiaToday reported that Sivabalan died after less than an hour in police custody.

Tamilar Munnetra Kalagam Malaysia member Iswaree Subramaniam, who was at the police station, claimed that the man’s family was shocked that Sivabalan Subramaniam was detained to assist in the investigation at 11.45am yesterday morning.

The news portal reported that Iswaree questioned the time difference between the incident report and the allegation Sivabalan was still in critical condition “a few hours after his death”.

Iswaree added that police arrested Sivabalan in connection with an extortion case that took place in 2016, FreeMalaysiaToday reported yesterday.
Posted by KTemoc at 1:28 pm