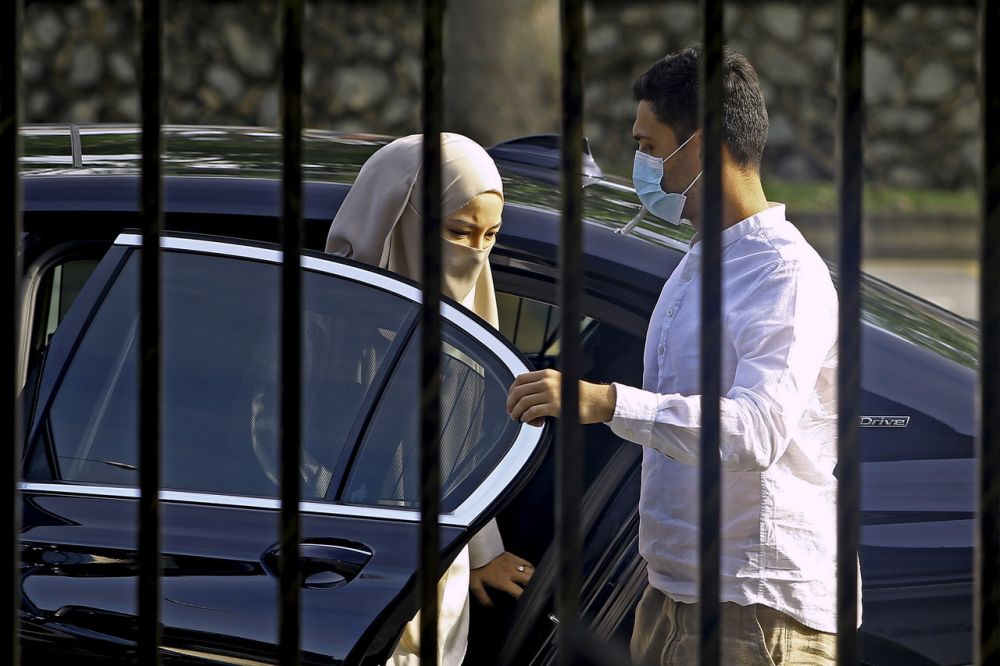 The complaint reportedly said among others the couple was allowed to drive into the court premises while others had to park across the road and walk in, adding that the perception does not bode well for the court’s integrity. — Bernama pic

KUALA LUMPUR, May 21 — A complaint has reportedly been lodged with the Negri Sembilan Bar Committee following the alleged special treatment given to celebrity Noor Neelofa Mohd Nor and her husband when they appeared in court yesterday.

The complaint reportedly said among others the couple was allowed to drive into the court premises while others had to park across the road and walk in, adding that the perception does not bode well for the court’s integrity.

The New Straits Times reported that the complainants said only vehicles belonging to the staff, lawyers, police and prosecutors, and under certain exceptions members of the public (under situations such as disabilities) were allowed to enter.

“However, since the outbreak of Covid 19, only officers of the court, staff, police and prosecuting officers are allowed to enter the court premises with their vehicles.

“Others have to park on the opposite side of the road and walk across. Some of us carry heavy files and bags while crossing the busy road. Even members of the bar who are pregnant are not allowed to park within the court premises,” they said, adding that members of the Bar who had tried to park inside had been scolded by the guards.

“However, that has changed [yesterday] when both accused were allowed to enter the premises in an exclusive manner superseding even members of the Bar...we question both accused’s positions under the law to allow such exclusivity.

“We believe that this act, which has been made public will bring a negative view not only to the Bar, but to the Courts as well,” it was further stated in the letter of complaint.

Yesterday, Neelofa and her husband were charged in Seremban for the May 2 offence; Neelofa for failing to scan her details via the MySejahtera application, or manually registering her details, before entering the premises.

Meanwhile, her husband, who is also known as PU Riz, was charged with the same offence, and an additional one for not wearing a face mask.

However today, Neelofa has once again managed to irk the authorities, who are now investigating her for allegedly not wearing a face mask underneath her niqab during her appearance at the Seremban Magistrates’ Court yesterday.

Seremban district police chief Assistant Commissioner Mohd Said Ibrahim, through a statement, said the probe was initiated after the police flagged the alleged violation through a report published on Malay news Kosmo!.
Posted by KTemoc at 11:58 pm