This pig farmer is the world’s fastest-rising billionaire

Chief among them is Qin Yinglin.

The chairman of Muyuan Foodstuff Co has seen his net worth more than quadruple this year to US$8.6 billion, making his the fastest-growing fortune on the Bloomberg Billionaires Index, a ranking of the world’s 500 richest people.

Wholesale pork prices have more than doubled this year, according to data from China’s Ministry of Commerce, fuelling the highest annual consumer inflation rate in seven years as an epidemic of African swine fever led to the deaths of millions of pigs.

Muyuan’s profit surged 260% in the third quarter from the same period in 2018, driven primarily by higher pork prices.

Qin isn’t the only one to cash in on the crisis. Other winners include Hong Kong-listed WH Group, the world’s biggest pork producer, and New Hope Group, a pig breeder and animal-feed maker.

New Hope Chairman Liu Yonghao now has a net worth of US$11 billion, almost double from the end of 2018.

Qin, a native of Henan province, was born in 1965 and graduated from Henan Agricultural University with a degree in animal husbandry, according to his company’s website.

He was sent to a state-owned enterprise after graduation but quit three years later to launch a hog-breeding business in his hometown of Nanyang.

He started with just 22 pigs and now his company slaughters about 5 million a year.

The company had been disinfecting trucks, steriliing animal feed with heat and filtering the air in farms to prevent the spread of African swine fever, Qin told South China Morning Post in a March interview.

The disease, for which there is no approved vaccine, can be fatal for pigs but doesn’t affect human health.

You know, before 1999 Malaysia had a growing thriving and healthy pig-farming business. In those days the economic return for Malaysia on pig farming was RM2 billion per annum.

Today that would be equivalent to RM3.5 Billion, that is, assuming the pig farming hasn't expanded since 1998. Thus, given natural development and expansion over the years, it may well be far far more than just RM4 Billion, maybe even 10 to 15 Billion ringgit.

Naturally, being a haram item, the farmers were (still are) mainly Chinese Malaysians.

I haven't come across Indian Malaysian pig farmers, nor mention of any, though mind you, you may not believe this, but pig farming is big business in India - yes, in the Bharat.

Pig farming is very important component in North East India. Out of total pig population in India, 28% are grown in this region. 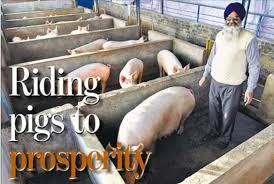 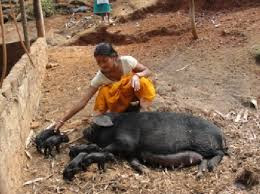 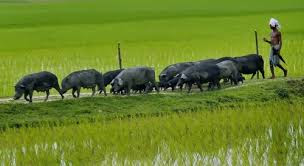 Isn't above revelation surprising? Yes, I am surprised too.

Anyway, in 1999 Malaysia suffered the greatest disaster to pig farming, and that started off in Nipah in Negri Sembilan.

An hour south of Chua's laboratory experiments, a mysterious disease was devastating a farming town called Nipah. The disease was as deadly as Ebola, but instead of attacking blood vessels, it attacked the brain.

Young men would be healthy one day. The next day their brains would swell up. They couldn't walk. Or talk.

"They'd become comatose, and some of them became paralyzed," says Dr. C.T. Tan, a neurologist at the University of Malaya, who took care of patients from Nipah. 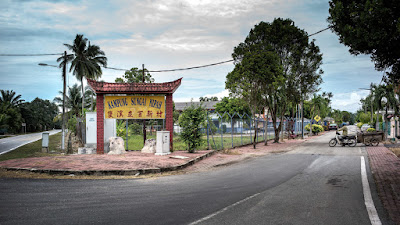 Some people even had what looked like locked-in syndrome — they were conscious and awake but couldn't move or speak.

There was nothing Tan could do. No cure, no treatment. About half the patients died.

Yet the Malaysian government told people not to worry. It said the disease was coming from mosquitoes. And it had it under control because it was spraying for mosquitoes.

To cut the story short, the Malaysian government eventually listened to Dr Chua.

"Malaysia's army moved in for the country's biggest-ever animal culling," Journeyman Pictures reported in a documentary back in 1999. "Almost 1 million pigs, shoved into pits and shot."

Awali Muniandy helped with the pig culling. He says it was a horrific scene.

"The pigs were screaming, and you could see some tears on their faces," says Muniandy, who's with the Department of Veterinary Services Malaysia. "It was pitiful."

But the culling worked. Some 150,000 pigs were massacred. The outbreak completely stopped. The new killer virus appeared to have vanished.

The Malaysian government did the correct thing in culling the infected pigs but they failed in the most important aspect. There was NO official scheme to compensate the affected pig farmers for their destroyed livestock. The farmers' loss was disastrous.

The Chinese community made public appeals for financial donations to help the farmers, but the lack of government assistance to pig farmers, unlike other official compensation schemes, not only soured the feelings of an unhappy Chinese pig farming community but de facto wise failed in helping resuscitate an almost destroyed but highly lucrative farming business for Malaysia.

The government was reluctant because pigs were anathema to Muslims and a Muslim-led government; besides, a certain "someone" didn't like Chinese so tough luck to the poor pig farmers.

Today such a healthy growing business would have benefited from the growing Chinese demand for clean healthy pork. But ........