Non-Malays will be 'orang asing', now and forever - It's not the crime but the ethnicity

Umno and PAS leaders appear to be getting all worked up over reports that Chin Peng’s ashes were brought home and scattered in a couple of different places.
PAS deputy president Tuan Ibrahim Tuan Man, for example, protested that scattering his ashes in Malaysia disrespected the feelings of those who fought against the communists. Umno’s Mohd Puad Zarkashi argued that Chin Peng’s ashes should not have been brought back because Chin Peng himself did not want to return to Malaysia. Former prime minister Najib Razak, never one to pass up an opportunity to take cheap shots at the government, suggested that it might somehow endanger the peace and harmony of the country. Others opined that it was tantamount to glorifying communism.
Veterans Association president Shahruddin Omar, for his part, stressed that it was “insulting to the nation and its fight against communism.” It is a knee-jerk refrain we often hear whenever Chin Peng’s name crops up.
At the end of the day, however, this is a brouhaha based on lies, bigotry and double standards.
Chin Peng is, of course, no hero. As secretary-general of the Communist Party of Malaya (CPM), he led a long and bloody insurrection first against the then British colonial government and finally against the government of newly independent Malaya. Hundreds of Malaysians, both soldiers and civilians, Malay and non-Malay, died in what came to be known as the Malayan Emergency. With the help of British and Commonwealth forces, the communist terrorists (CTs) were pushed across the Thai border, there to slowly wither away.
In 1989, Chin Peng and other CPM leaders signed a peace accord with the government of Malaysia, formally ending their 21-year long armed struggle. In exchange for laying down their arms, the government agreed to allow all CPM leaders, including Chin Peng, to return to Malaysia. This has repeatedly been confirmed by former inspector-general of police, Rahim Noor who played a leading role in the 1989 talks.
The government, however, went back on its word and blocked Chin Peng from returning on the grounds that he was the leader of the insurgency. In the years since it was argued that allowing him to return would offend the sensibilities of the soldiers who fought against the CPM and dishonour the memory of all those who died in the Emergency. Others like Puad have attempted to rewrite history by insisting that Chin Peng was never interested in returning to Malaysia.
In fact, Chin Peng so wanted to return home that he engaged lawyers to challenge the home ministry’s ban on his return. In 2009, the Federal Court ruled against his application as he was unable to prove that he was born in the country.

At the time, many considered that the home ministry had acted in bad faith by refusing to acknowledge that he was, in fact, born in Sitiawan and had friends and family there to prove it. Interestingly, other CPM leaders like Shamsiah Fakeh had no trouble returning home, even though she had been living in China for many years. Even her non-Malaysian family members were allowed to return home.
As for the other reason for rejecting him – that he was the leader of the movement – it ignores the fact that many others also had leadership roles in both the CPM and its armed wing, the Malayan National Liberation Army (MNLA). Abdullah CD, for example, once held the position of CPM chairman as well as commander of the Malay-dominated 10th regiment of the MNLA. Rashid Maidin, reportedly the first Malay to join the CPM, was also a senior commander of the 10th regiment.
They all played key leadership roles, participated actively in the armed struggle and yet were allowed to return home following the 1989 peace accord. It is simply unfair, even patently racist, to excuse their actions while insisting that Chin Peng alone be punished.
Whichever way you look at it, there is no escaping the conclusion that ethnicity played a huge role in the whole affair; if Chin Peng were a Malay-Muslim, he would have almost certainly been allowed to return home along with his old comrades Abdullah CD, Rashid Maidin and Shamsiah Fakeh. Both Prime Minister Dr Mahathir Mohamad and Rahim have, in fact, alluded to this. 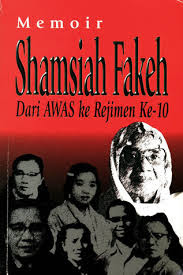 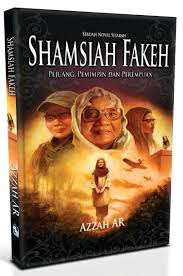 As well, why is it that even the return of Chin Peng’s ashes is considered offensive to some veterans while the return of Malay-Muslim members of the CPM’s armed wing created no outcry whatsoever? If veterans like Captain (rtd) Dr Wong Ang Peng, who was wounded in a battle with the communists, says he has no issue with the return of Chin Peng’s ashes, why do we have to keep making a big fuss about it?
And why is that only the feelings of one community are considered when deciding on such issues? Do the feelings of other ethnic communities – who also feel obliged by custom and religion to give their dead, whoever they may be, a proper burial – not matter at all? Have we become a nation that caters to the needs of only one community with no thought of the sensitives and feelings of others?

Chin Peng and the insurgency are all history now; the nation has moved on. We have good relations with Japan, a country that perpetrated mass atrocities during its occupation, including the execution of several members of the then British-led Malay regiment who refused to join them. We even enjoy good relations with China which supported the MCP, gave refuge to many of its leaders and hosted the party’s radio station, Voice of the Malayan Peoples Revolution. Indeed, Najib was even contemplating a strategic partnership including military cooperation with China.
Why is it so hard then to move on when it comes to Chin Peng? Is his ethnicity such a huge stumbling block that even his ashes cannot be returned to Malaysia? Has Chin Peng become, in death, a convenient whipping horse for Ketuanan Melayu bigots?

It is also worth noting that when Noordin Mohammad Top, who was implicated by Indonesian authorities in the bombing of the Marriott hotel, the Australian Embassy and a Bali nightclub was killed in a police raid in Solo, Central Java in 2009, Putrajaya facilitated the repatriation of his remains to his hometown in Pontian where he was subsequently buried.

Why is it acceptable for the government to facilitate the repatriation of someone like Noordin but not Chin Peng? After all, they were both terrorists. Again, was ethnicity and religious background the deciding factor?
It is, indeed, a sad commentary on where we are headed as a nation when we work ourselves up into a frenzy over the ashes of a leader of an extinct guerrilla movement and go after people with alleged links to a long-defunct terrorist organisation in Sri Lanka while at the same time mollycoddling Islamic State and Al-Qaeda fighters and supporters and facilitating their return home. It sends the message that in Malaysia it’s not the crime that matters as much as one’s religious or racial background. 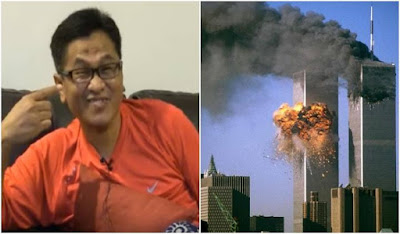 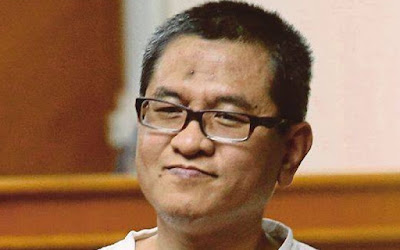