Malay-Muslim groups next to challenge constitutionality of vernacular schools


KUALA LUMPUR, Dec 16 — After a previous attempt was dismissed by the Federal Court, Gabungan Pelajar Melayu Semenanjung (GPMS) and the Islam Education Development Council (Mappim) said today they are suing Putrajaya for allowing the existence of vernacular schools.

The two groups through their lawyers said today they are seeking for the High Court to decide if vernacular schools are constitutional, claiming their existence as against Article 152(1) of the Federal Constitution that stipulates the Malay language as the national language. 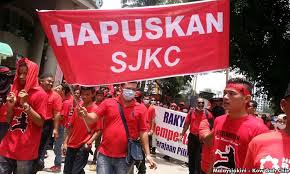 You may wonder why today, Malay groups like GPMS and Mappim would go to such a bewildering extent to challenge vernacular schools which have been long in existence in Malaysia, Malaya and even during British colonial times, and indeed way before that.

It's not just this pending act to finish off vernacular schools by using this and that clause or section of the Constitution, but is merely one in a series of such anti-vernacular education & schooling.

I can think of three possible reasons though of course there could be more, wakakaka.

(1) Jealousy at the success of vernacular schools. There is no more angry, spiteful and vengeful factor than green-eyed monsters, wakakaka. 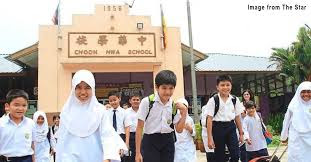 By 2016, non-Chinese students made up almost 18 per cent of total enrolment in Chinese-language primary schools. That's almost one-fifth of the total students in vernacular schools.

Of course it worries the Eff out of the Malay ultra right wing groups. Instead of promoting the national schools by uplifting their standards so as to offer an excellent option in schooling to Malays, they see it more fit to destroy the competitors especially one from another ethnic group. 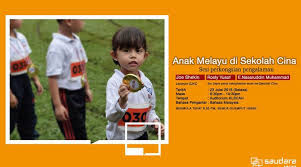 (3) CNA also said that these ultra groups have been encouraged by PM Mahathir's own prejudice that vernacular schools stand in the way of national unity, where his attitude has become more frenetic, frantic and fanatical as he aims to secure more Heartland support for his pathetic Parti PRIBUMI.

T'was reported that during an event in Bangkok in October 2018, Mahathir said that at the start of Malaysia’s independence, the government wanted to establish a single national school system.

He blamed the Chinese Malaysians saying:“However, some people insisted that they be allowed to follow their own culture, the culture of the countries they came from”.

“This meant that different races go to different schools. They don’t get to know each other and when they leave school, they go to work with people of other races with whom they have had little or no contact. This stands in the way of national unity.” 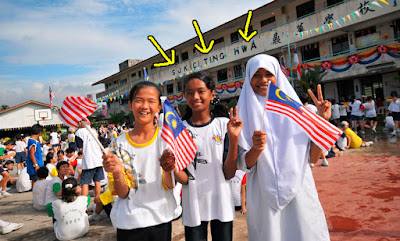 What sheer eff-ing kerbau and hypocrisy when his government (especially between 1981 to 2003, and still now) has promoted uni-ethnic educational facilities that deny access to non-Malays. He is quite right in a perverse sense that quite a number of Malays go to schools, colleges and universities exclusive to only Malays (and a few natives of Malaysia) - thus it had been him and not the Chinese who insisted on isolating the Malay students (eg. MARTA, UiTM, etc) from schooling together with other races.

But he ignores the fact that nearly 20% of students in Chinese vernacular schools are Malays. Apart from primary and secondary schools, even TAR UC has Malay students - eg. Amanah's Salahuddin Ayub (Amanah), Minister of Agriculture and Agro-based Industry is an alumnus of TAR UC. 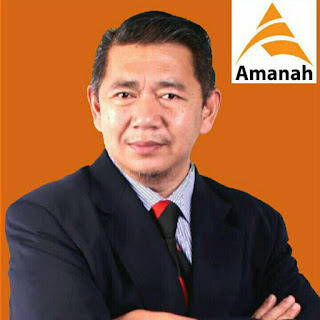 Dr Kua Kia Soong informed us that as early as 1975, when the MICSS (Malaysian Independent Chinese Secondary Schools) decided to hold its first Unified Examination (UEC, wakakaka), the associated Chinese education leaders were summoned to Parliament by then Education Minister Dr Mahathir Mohamad and were told in no uncertain terms to cancel the examination “or else…!”. 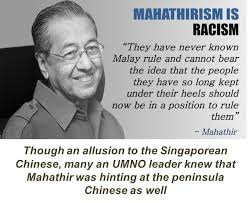 WTF has the 'feelings' of one ethnic group got to do with the official recognition a diploma or certificate already recognised by hundreds of tertiary educational institutes around the world, including those in Britain, Australia, NZ, USA, Canada, Europe, etc etc etc?

Indeed, those whose 'feelings' would be allegedly hurt by the recognition of the UEC were in the forst place NOT students taking the UEC exams, so why would their perasaan tersingguh? 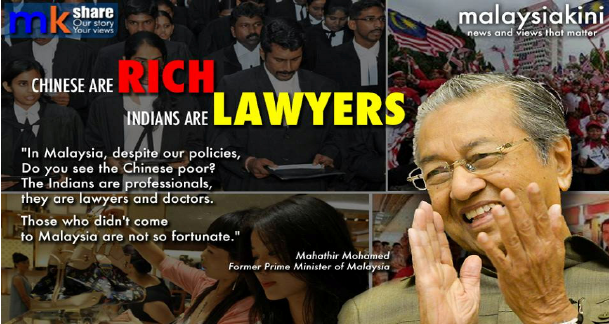 Following Mahathir's remarks on the 'feelings' of Malays, wakakaka, MCA questioned the position of DAP leaders on that interview with their Atuk.

MCA vice-president Tan Teik Cheng then asked the PM if he had taken into account the 'feelings' of the Chinese community over the recognition of the UEC?

"The people who supported him include Malays, Chinese, Indians and other ethnic groups."

"You (Mahathir) said UEC can be recognised just by signing your name, provided that the feelings of the Malays are taken care of."

"Then, shouldn't the feelings of the Chinese be considered as well?"

That's how he had treacherously played the Chinese out, time and time again, as in 1999 with Suqui and in 2019 with the gullible Chinese voters who voted for him on the advice of Lim KHAT Siang.

In 1999, Dr Mahathir faced the frightening prospect of losing the election. He turned to the hatred Chinese for help, specially for the support of Chinese guilds and associations. The Chinese in an association called Suqui representing more than 2,000 groups, made a number of appeals which Mahathir agreed to (or pretended to agree to the appeals). 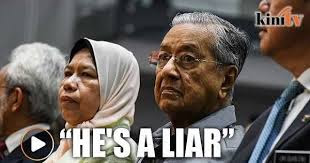 Once he won the general election with the support of the Chinese, he not only denied his promise but also blasted Suqui, accusing the promoters with the communists and Al-Ma’unah extremists.

Even a double headed King Cobra would never be that treacherous and un-"Dignified". 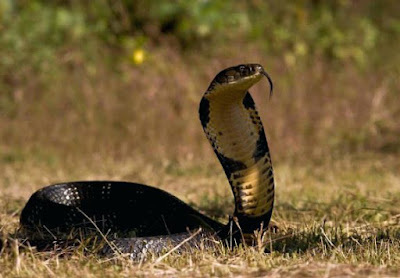