1. Keep to thread - eg. don't post Taiwan Straits barrages and counter barrages in posts on wholly Malaysian affairs, and vice versa. Stay relevant to the topic-thread and don't just dump your anger, anxiety and annoyance on any post. 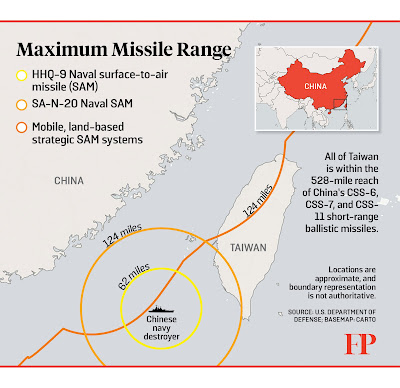 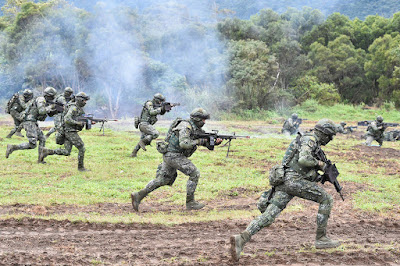 2. Strong hurtful abusive words should NOT refer to an entire ethnic group - eg. I don't want to read statements such as 'The Chinese are tai-seow piggies' or 'The Malays are eff-ing zombies' or 'The Indians are too eff-ing handsome for their own good', wakakaka. When you insult an entire race, you are an A$$h*le of a Bigot ...


... nor to a religion - eg. I don't want to read 'Islam is an XXXX religion' nor 'Hinduism is YYYY' nor 'Christianity is ZZZZ' etc, though you could criticise clerics, idiotic adherents, etc but never the innocent religion, wakakaka. [Only sweet innocent naive kaytee has exemption, wakakaka]

... ABBA’s “Happy New Year!” is probably the most spirited and revered song of Vietnam after "Tiến Quân Ca", the epic national anthem written and composed by Văn Cao in 1944. How it came to be seen that way is very telling about the history of Hanoi.

Back in the 1980s, in the middle of the subsidy period, Vietnam was mostly closed to the outside world. The only links with foreign countries were with brotherly nations in the Soviet Bloc. Foreigners were rare in Hanoi. There were just a few Russians around, visiting as part of cooperation missions. Comparing with the war period, Hanoians saw them like “Americans without the dollars”.

But there was one, only one, Western country that maintained a close relationship with Vietnam. That country was Sweden. Driven by strong ethical principles, and rightfully indignant about the absurdity and the carnage of the American War, Sweden was unusual in having an embassy in Hanoi, and a large development cooperation program with Vietnam.

Olof Palme was the Swedish Prime Minister at the time. A fierce critic of the foreign policy of both the United States and the Soviet Union, he was known for his uncompromising non-alignment, and for his support of Third World countries. Among other daring initiatives, he was the first Western head of government to visit Cuba after its revolution. In 1986 he was assassinated in the streets of Stockholm, as he was leaving a movie theater with his wife. He was probably the only head of state who didn’t have personal security, or body guards. Why and by whom he was murdered remains a mystery. 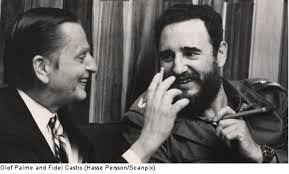 Olof Palme was adamant in Sweden supporting Vietnam’s priorities, whatever these were. In the late 1960s an agreement was signed between the two countries to build a paper mill that would tap Scandinavian expertise in this sector. The paper mill would be located in Bãi Bằng, about 90 kilometers northwest of Hanoi. With an investment close to 500 million dollars of the day, the project was very large for a small country like Sweden. And in the end the cost escalated to almost four times the original budget. This was no doubt a very generous undertaking, paid for by Swedish taxpayers.

It took many years to get the paper mill up and running. But eventually a small Swedish-looking village made of wooden cabins emerged in North Vietnam. Tall blond inhabitants and sauna spas gave it a look that was unmistakably non-Vietnamese. But many of the Swedish experts that came to help with the project fell in love with the country. Quite a few ended up getting Vietnamese partners, marrying locally, and never going back.

Together with the paper mill, the sauna spas and the tall blond Swedes came the music of ABBA. The Vietnamese authorities of the time were very suspicious of Western influences. There was a fear that foreign cultural products could surreptitiously corrupt socialist ideals and values among the population. But Sweden was a trusted and tested ally.

From the time of Reunification to right before Doi Moi [period of market based economic reforms since late 1980s], the Swedish band ABBA was one of the most successful groups in the history of popular music, worldwide. Its songs were officially welcome in Vietnam, indeed celebrated as part of the culture of a close friend. But for ordinary Hanoians the glossy looks of the group and their easy music became the synonym of affluence and cheerfulness

The official acceptance of ABBA songs happened at a time when scarcity raged and there was very little to be celebrated in Vietnam. Hanoians could be queuing in endless lines with their ration cards in hand, just to get some meager portion of rice. Cultural life was minimal, debate was almost non-existent. But ABBA’s songs were there to remind them that there was a prosperous and optimistic world outside of Vietnam, one that reflected the deep aspirations of Hanoians for their country and their own families.

There is however some irony in the unwavering love of Hanoians for ABBA’s “Happy New Year!” In reality the lyrics were not that cheerful:

And the fireworks are through

Here we are, me and you

It's the end of the party

And the morning seems so grey

Few people in Vietnam spoke Swedish at the time, and the English version was only released many years later. So the sorrow of the lyrics went mostly unnoticed. But it contained at hint of disappointment with ideals of brotherhood and love. “May we all have a vision now and then, of a world where every neighbor is a friend […] “may we all have our hopes, our will to try, if we don't we might as well lay down and die.”

Unknown to Hanoians, what this most beloved ABBA song exposed was not so much the contrast between Western happiness and Vietnamese frustration. Or between the prosperity of a market economy and the deprivation of the subsidy period. “Happy New Year!” is about the shared hope for a better world, against the odds, even if we are “feeling lost and feeling blue”. Which is what we all wish when we say “Chúc mừng năm mới!”, with a bittersweet smile on our faces.

* Martin Rama is the Chief Economist for the South Asia region of the World Bank. The views expressed here are his own.
Posted by KTemoc at 9:03 pm