Why is a mistake, a stupid mistake, over our flag now being twisted into indirect racial attacks by a Minister and a Mufti? The way this issue is being played up, it’s as if the people involved are almost like terrorists.

Education Minister Maszlee Malik said people who “claim to be Malaysian citizens”, but are ignorant about the Jalur Gemilang “cannot be forgiven” for their “betrayal”.

Perlis Mufti Mohd Asri Zainul Abidin (or Maza) said the "insult of the flag" by "those who were given citizenship" is “sangat melampau” ("very extreme). He added the government must be stern towards “golongan yang diberi peluang hidup dalam negara ini tapi menghina negara (groups 'allowed to live' in this country but insult the country)”.

Isn’t it enough that the Malaysian Basketball Association (Maba) committee bowed down humbly (above) at a press conference to apologise? That its president stepped down, pending the outcome of a police inquiry?

Terms like "betrayal", "insulting the flag/nation and citizenship" become more ominous when the main people behind Maba are... Malaysian Chinese. What do these 2M’s want? For the committee to prostrate themselves on the floor and beg for forgiveness? To be whipped (hudud-style) for being “traitors”?


A mistake is not betrayal

Dear Maszlee and Maza, it was a mistake. Yes, a bad mistake. But it’s not as if they went out of their way to display a wrong flag (showing a five-pointed star). Some contractor working for Maba downloaded the wrong image and then flashed it on an electronic board during a basketball event. More importantly, when the mistake occurred, the Maba executive director immediately called for the video to be shut down.

So yes, while somebody was stupid and careless (the police are still investigating), that doesn't amount to “betraying” the country. 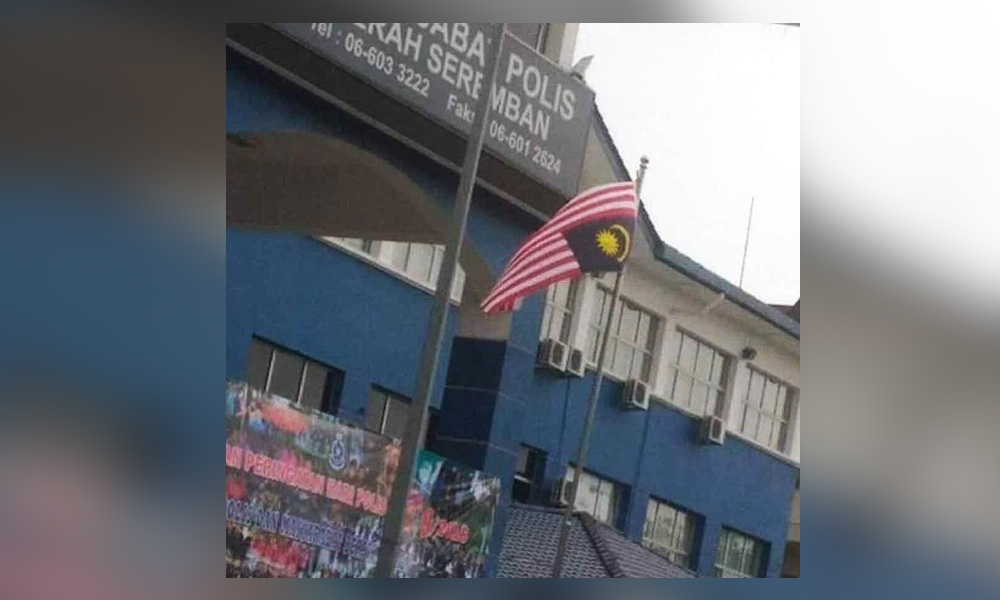 What about the incident when the Seremban district police headquarters raised the Jalur Gemilang upside down (above) back in 2016?

Seremban police chief ACP Mohd Said Ibrahim clarified that it was a “technical error” and was resolved immediately then - just as Maba rectified the flag mistake as soon as they realised it. Why didn’t we hear from Maszlee then that this was “betrayal” which “cannot be forgiven”?

How about when the national flag was flown upside down at a school in Pahang in August? Inspector-General of Police Abdul Hamid Bador said police had found that the act was an “honest mistake” by a foreign worker. Nobody said that the headmaster and teachers were “insulting the flag” and “sangat melampau”.

What about the guy called “Nadzmi Nadzmi” who posted a photo on Aug 20 of a Chinese-looking guy burning the Malaysian flag, saying, “Is this how YOUR KIND celebrates Merdeka?" It went viral on Facebook with over 4,700 shares.

It turned out he was recycling a 2013 photo of a fair-skinned Filipino named Abner Afuang burning our flag in Manila in protest against Malaysia during the Lahad Datu incident.

Nadzmi’s disgusting lie was clearly designed to tear apart this multiracial nation. In my book, he was a cyber traitor. Yet, he escaped any punishment with the lame excuse that he was just doing an experiment “to test the emotions and spirit for the love of the flag and the nation".

What if a Chinese guy had accused Malays of lacking loyalty by falsely posting a photo of a brown-skinned Indonesian protestor in Jakarta burning the flag? I bet he would have been skinned alive (politically).

It’s these kinds of double standards that make us non-Malays feel unwelcome in this country. Just as a big hoo-hah is now being made about the ashes of a dead Malaysian Chinese communist leader, while ISIS terrorists are allowed to return to Malaysia.

We are all human, and we make mistakes, but that does not make us traitors. Betrayal means DELIBERATELY doing something you KNOW is wrong. 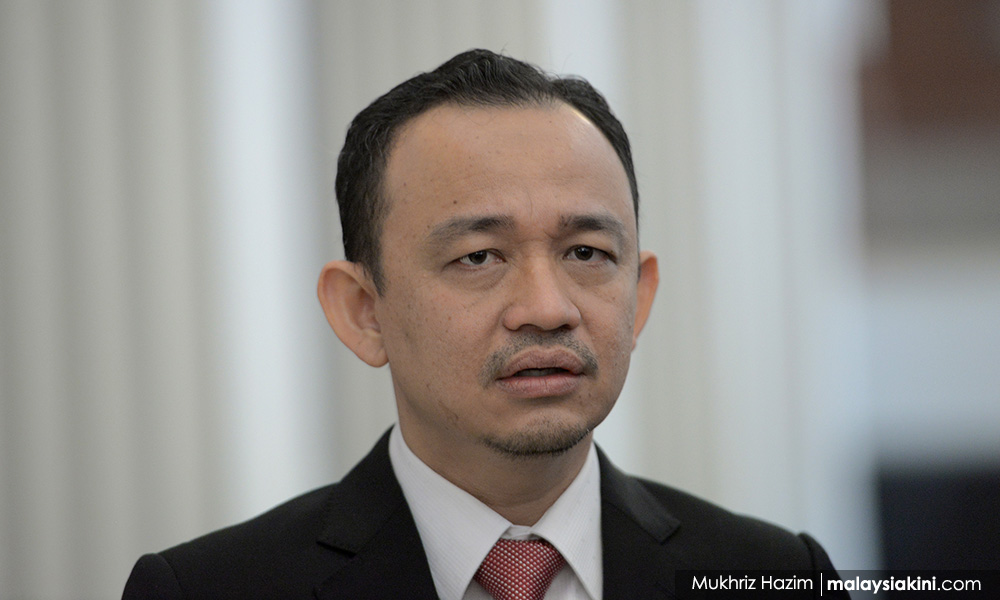 Dear Maszlee (above), one example is when you grabbed the post of Islamic University (IIUM) president even though the Pakatan manifesto promised that local universities will be free from political control. Let me spell it out: mungkir janji means betrayal.

Students spoke up to say it was wrong, but you stubbornly clung on to your precious post. You stepped down only after students threatened massive protests.

Dear Maszlee, now there is talk of a Cabinet reshuffle and people say you should be dropped as a Minister. Are you trying to distract from your failures by attacking others and painting yourself as an "ultra patriot"? Are you doing this because your recent stunt - to get "bumi status" for the Malabari Indians - did not impress the Prime Minister?

Why not grant bumi status to the Baba-Nyonyas and Chitty Indians of Melaka who have been speaking Malay, wearing Malay clothes and cooking Malay-style food for centuries? Or did you choose the Malabaris because they are Indian Malayalee Muslims who, surprise, surprise, are one of Dr Mahathir's ancestors? 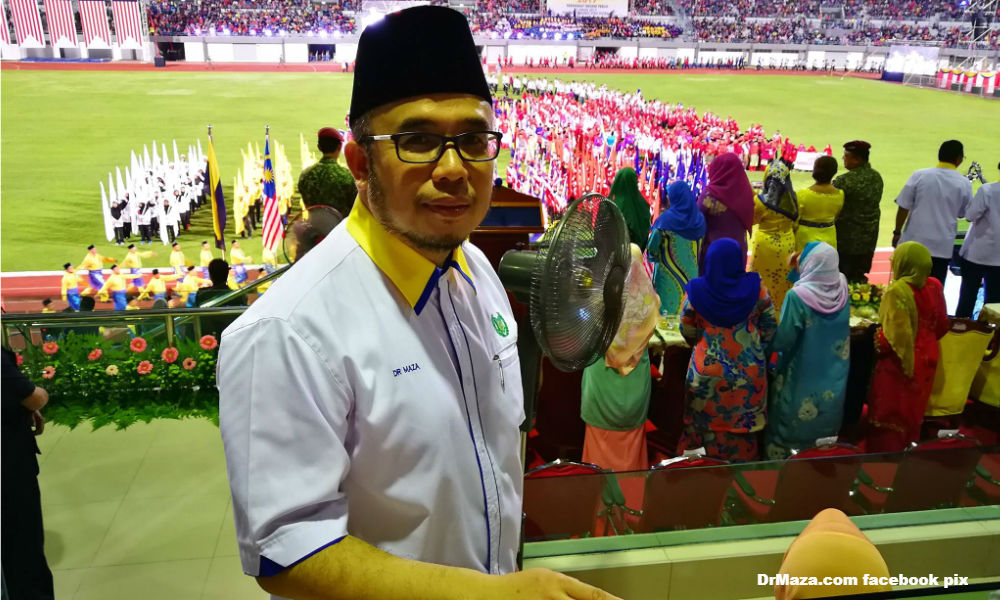 As for you, dear Mufti Maza (above), perhaps I am mistaken, but I was told that Islam is a merciful religion which forgives those who admit their mistakes. If Maba has apologised, should they not be forgiven as a sign of the great compassion of your religion?

I used to respect you for your more open-minded views on Islam. But nowadays, you sound like an Umno-PAS politician. For example, when you said at a Merdeka event this year that non-Malays who speak up for their rights are like “thugs" and that we need a “bigger gangster" like Saddam Hussein to control them to preserve Malay domination.

Have your forgotten that Saddam used chemical weapons to kill his own people? Oh sorry, they were Kurds, and perhaps in your book, they are not "real Muslims".

Dear Maza, perhaps I lack understanding of Islam, but I was told that your religion is against racism or assabiyah?

A Muslim leader that I respect is the late Tok Guru Nik Aziz, who advocated a more compassionate approach in Islam. He allowed the cross on a Catholic church gate in Kota Baru (that the previous Umno state government had ordered removed) to be put back up.

I don't know why you want to turn this flag mistake into a poorly-disguised racial attack against "those who were given citizenship". Don't try to paint the mistake of one contractor into the disloyalty of all non-Malays. You only confirm what Prof Tajuddin Rasdi said, that you have replaced Zakir Naik as a religious figure who bashes minorities

Many non-Malays have given their lives for this country, not only as soldiers and policemen, but to develop it. Many Indian labourers died or fell sick of malaria while building this country’s roads and railways and tending our rubber estates. Many Chinese tin miners also succumbed to disease and overwork. These people are the forgotten patriots who helped build Malaysia.

Dear Maza, those who made the careless mistake on the Jalur Gemilang didn't purposely want to "insult the flag". Especially not the Chinese Malaysians who know full well the dire consequences of doing that.

Let me tell you who really "insults the flag". These are the politicians who wrap themselves in the flag, while stealing money from the rakyat. Those who have still not apologised for their blatant corruption. Who, in fact, proudly declare there is no shame in their wrongdoings or "Malu Apa Bossku". 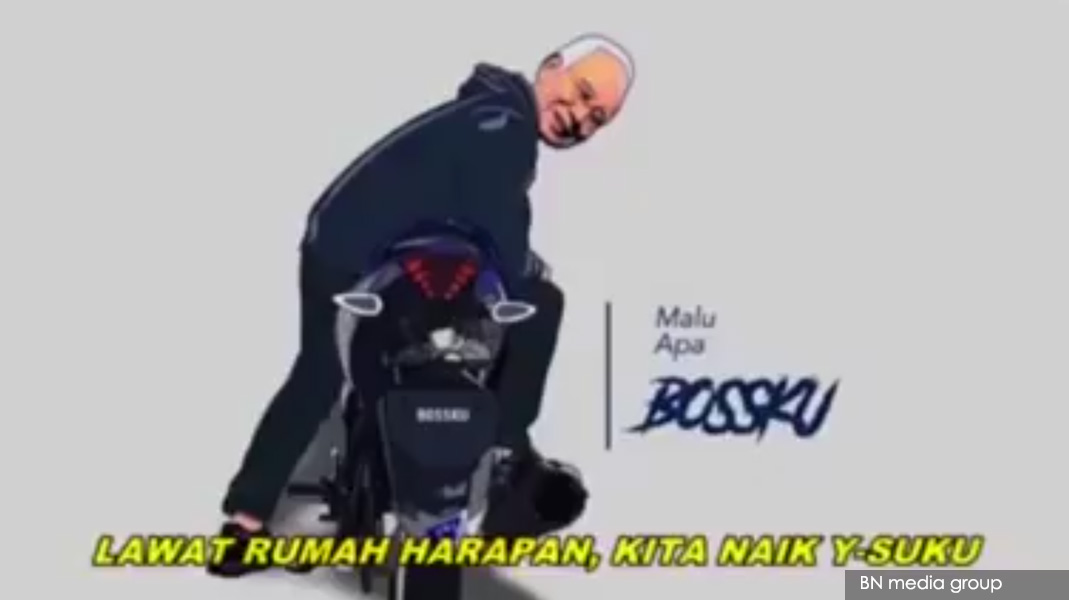 People who pretend to be patriotic to cover up their wrongdoings have been around for a long time. As the English writer Samuel Johnson noted in 1775, “Patriotism is the last refuge of the scoundrel.”

Dear Maza, when I worked for the Star newspaper, I interviewed you. You told me that in Islam, corruption is a sin worse than even eating pork, because it is "dilaknat oleh Allah", or condemned as an abomination. So I am confused to see you sharing the platform of the Malay Dignity Congress with leaders from a party which symbolises corruption.

So to the politician Minister and quasi-politician Mufti, please stop trying to exploit this flag mistake to launch thinly-veiled racial attacks. We non-Malays are tired of being used as punching bags by people like you to score cheap political points.

If you two really want to bolster true patriotism, you should treat us with fairness and respect, not as “pendatang” (immigrants) who don't belong here. People will love their country more when they feel they have a stake in it.


ANDREW SIA is a veteran journalist and editor who prefers teh tarik kau over tepid English tea. You can add milk, sugar and halia to his drink at tehtarik@gmail.com
Posted by KTemoc at 11:17 am