Another Brick in The Wall: 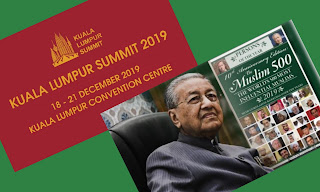 On December 16th, Kuala Lumpur will play host to a summit meeting of Islamic countries.

The teaser to the event came out on December 6th issue of NST, obviously the now Tun Dr Mahathir and his PPBM party official media.

It is dubbed as the new marker for Islamic cooperation. Interesting...

Taking an extract from the report:


According to co-Secretary General of the summit, Tan Sri Shamsuddin Osman, 52 countries have confirmed taking part.

That should dispel any rumours of poor reception to the invitation. However, Saudi Arabia was not highlighted.

The Mahathir critic would be quick to pass it off as another of his trademark effort to desperately gain international recognition.

Unlike Dato Najib Tun Abdul Razak, Mahathir is not accepted and failed to secure acknowledgement from powerful nations and blocs around the world.

In other word, he has no friends abroad.
During his tenure as #PM4, he created an international platform of his own known as the Langkawi International Dialogue involving Asia, South America, and Africa for the self-glorification to proclaim as leader of the third world .

This time it is the Islamic theme, but most powerful and birth country of Islam, Saudi Arabia does not seem to feature.

Is Saudi left out because Qatar is being featured? But, will that put the ARAMCO investment in RAPID Pengerang at risk?

Invitation has been sent out and in the schedule, the Iranian President is not mentioned: 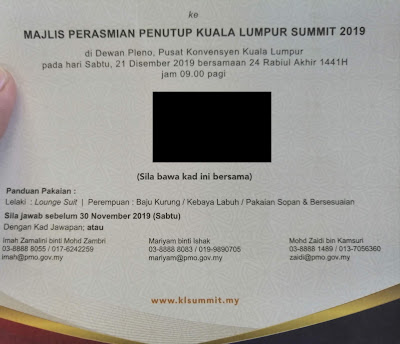 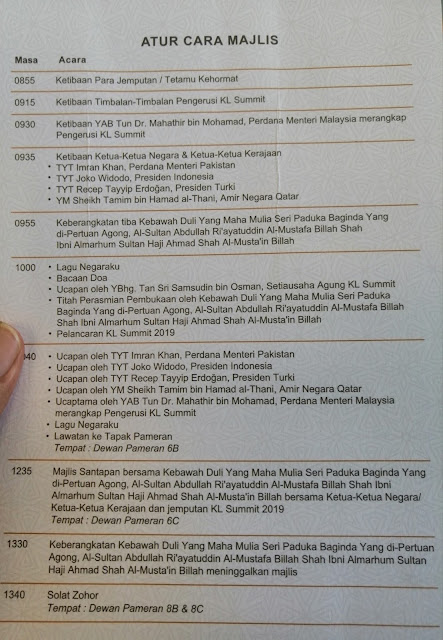 It is doubtful that Iran is not invited. Thus why was the Iranian President not featured for the summit?

Does it have something to do with a Reuter's report of Malaysia providing backchannel for Iran's oil trade to bypass trade sanction?

Despite an open secret that a closet syiah is Defense Minister, the idea of having exceptionally close relationship with a syiah nation may not be acceptable to the predominantly sunni Muslim population.

On the other hand, there is a rising concern to the rise of Wahabism or jihadiyah salafiyah emanating from PH leaders known to subscribe or sympathise with the ISIS-linked ideology.

Is Mahathir positioning himself as the new Islamic leader of a new Islamic country grouping, without Saudi Arabia?

It is known that he has yet to officially visit Saudi Arabia and dare not face the prospect of their displeasure for embarrassing the Saudi royalties in the 1MDB debacle.

With and without the Saudi, it is not expected to be an easy task to move forward and balance the conflicting issues besieging the Muslim world.

With Mahathir having an Islamic liberal leaning an open secret, it will be an uphill task for his views to gain credibility and acceptability of ulamak.

Pakistan Imran Khan too is being viewed with doubt by clergies in Pakistan for his previous marriage to Jewish Jemima, the daughter of a Jewish industrialist, Sir James Goldsmith. 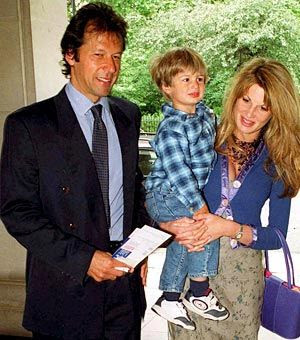 That personal relationship will be under scrutiny.

Suspiciously, the summit could be Mahathir's roundabout way to build relationship to the powerful global Jewish interest under the guise of Islam.

The mind of a Machivellian should never be under estimated.

While I don't know much about Islam, I as well as other Malaysians know Mahathir the person, politician, PM all too well. On this basis, I believe the author has struck the nail on its head by suggesting:

Is Mahathir positioning himself as the new Islamic leader of a new Islamic country grouping, without Saudi Arabia?

Yes, he is. Another of the author's query has also been spot on, namely, that Mahathir craves international recognition, even if only from the Islamic World, because as the author also mentioned:

Mahathir is not accepted and failed to secure acknowledgement from powerful nations and blocs around the world.

And that won't do for The Old Man as especially at his stage of his political career, he wants international recognition, which he knows deep in his bitter heart that Anwar Ibrahim and Najib Razak had been and would be better at. And as I mentioned above, even if only from the Islamic World, because that's the most likely or ONLY option for him, wakakaka.

If he fails on the World stage, it's his own fault, as he not only lacks charisma, charm and (I dare say) courtesy (except to Japan, wakakaka), but he comes across as a grumpy, angry, bitter, racist (against hooked nose Jews) and (in the words of a former Aussie PM) 'recalcitrant' Old Man.

Note: Former Aussie PM Paul Keating described Mahathir as 'recalcitrant' when the latter refused to attend one particular APEC meeting, so ask ourselves why Mahathir is so keen on APEC today. 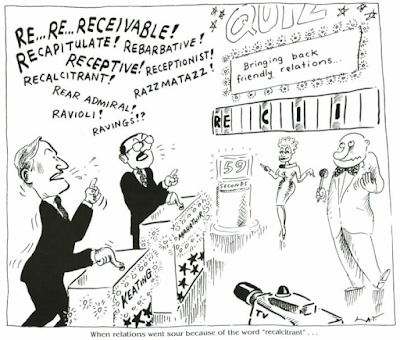 Think tank Institut Darul Ehsan deputy chairman Prof Datuk Dr Mohammad Redzuan Othman said on the domestic front, Dr Mahathir wanting to stay on until the Apec summit does not spell good for the voters as it may signal a reneging of promise to hand over to Anwar.

“I do not think Anwar can wait until the Apec summit, ” added Prof Redzuan, without elaborating.

In an interview with Reuters which came out on Tuesday, Dr Mahathir said he would honour his promise to hand over power to Anwar but not before the Apec summit because the change would be disruptive ahead of the major meet.

Asked if a handover could come in December 2020, Dr Mahathir said: “We’ll look at that when the time comes.”

Mahathir wants that international recognition one way or another, and presumably doesn't want to share it (least of all with Islamic Big Kahuna's Saudi Arabia and Iran), thus the author of above article has posed all the correct questions on his intents.

Mahathir actually laps up such glamorous glorious grovelling sh*t which has been why he like or at least had liked Samy Vellu and Ling Liong Sik who both bodek him kaukau in their days, even with trifles and superficials.

Yes, in their hey-days, Samy would take pains to garland him as if his neck was the Garden of Eden, wakakaka, and Ling once (if I recall correctly) entertained him at some Chinese university or college opening ceremony with tea (as I remember being mentioned) that was only "served to Emperors", wakakaka again. Yes, he loves such sh*t.

As for the author's last couple of comments, to wit:

Suspiciously, the summit could be Mahathir's roundabout way to build relationship to the powerful global Jewish interest under the guise of Islam.

The mind of a Machivellian should never be under estimated.

I doubt Mahathir would want to build any relationship with Jews as he might have over committed himself and his nasty tongue, which took him beyond teh 'Point of no Return', though the author has a point is saying The mind of a Machivellian should never be underestimated. Wakakaka. 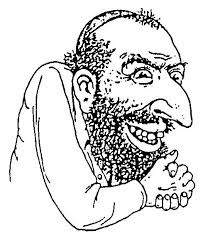