Zaid Ibrahim’s (above) Twitter feed of late is a treasure trove of bons mots chronicling the failure of Harapan to fulfil its mandate to reform the government. Zaid – someone I consider a friend – has always been the political outsider who has never had a problem burning bridges if he thinks that is what it takes to get his point across.

The best way to describe Zaid Ibrahim’s political career is that it is a self-inflicted wound. People's takeaway is always, “Can Zaid ever play well with others?” Whether he was slaying Malay sacred cows or giving the middle finger to whoever is supporting him at the time, he has always been an interesting political operative to write about.

When Zaid had to retract his statement made against Tun Daim Zainuddin, most folks thought it was over for Zaid. His recent statements about the DAP losing its shine has gained some traction because of the disillusionment many partisans feel of Harapan.

As far as I am concerned, Bersatu PRIBUMI is merely the wreckage of the old order. PKR and DAP stand a chance of turning this country around, and this is why they are constantly under attack from the mainstream political parties and, of course, the deep Islamic state.

While Zaid correctly points out that “fear” and the lure of power have infected the DAP, the reality is that the historical strategy of warring with the MCA and snuggling up to sympathetic Muslim power structures are impeding the DAP, especially since they gained federal power.

This idea that Harapan is a victim of its own success is dumb justification for political expediency and subservience. It is pointless when Lim Guan Eng says that 60 percent of the manifesto has been fulfilled, and the old maverick claims that Harapan has solved our corruption problem.


When I interviewed Lim Kit Siang (above) and asked about the lessons learnt from collaborating with PAS, he said: “The political alliance with Parti Amanah Negara in Pakatan Harapan is fully justified if the component coalition parties can learn the lesson from the rupture of Pakatan Rakyat, that any political coalition is only viable and sustainable if the component parties of the coalition abide by the common policy programmes agreed among them, for there is no other basis for a genuine political coalition of equals to succeed.”

Can you imagine that Bersatu PRIBUMI, the weakest link in this coalition in terms of political power through representation, commands the lion's share of everything because nobody wants to spook the Malays? This is not a coalition of equals, which is the talking point that the DAP used to whack the MCA with all the time.

When DAP political operatives talk to me of the sensitivities involved in dealing with their coalition members, it is difficult to contemplate any kind of egalitarian framework which Harapan is working from.

Not only has the DAP got to kowtow to weak Malay power structures, but it also has to contend with the Umno/PAS union. I have said this many times. It does not matter if the DAP gives in to every demand the Malay far-right makes, they will still continue to demonise the DAP.

A major part of the problem is that the DAP continues to feed the narrative that they are a Chinese-based party. This extremely stupid fight over TAR UC, for instance, gives the MCA, a race based party, the legitimacy it needs to justify its continued existence in Barisan Nasional.

Furthermore, it simplifies the debate to bite-sized talking points, which the far-right blogosphere regurgitates as evidence that the DAP is fighting the “good” Chinese MCA over “Chinese” education. MCA’s history of nation-building, the kind which involved managing expectations, compromise and yes, complicity, became a big juicy target for a mob fuelled by ahistorical polemics and politicians who promised that the non-Malay communities would not have to beg for scraps of the table.

Never mind that the non-Malay communities (generally) were better off than their Malay brethren because they did not have state-sanctioned religious laws monitoring their every move, and they did not have to rely on substandard government handouts to survive in this fast-changing geopolitical landscape.

When people talk of the “Malay” system, they are essentially talking about a system that the old maverick perfected. Anyone “attacking” the prime minister of this country, especially the DAP, will immediately be demonised by not only Umno/PAS, but also by Malay power structures from Harapan.

This is why PAS is always babbling about supporting the prime minister, Umno does not really take the political kill shots it needs, and provocateurs in Harapan are waiting with bated breath to be stamped with the imprimatur of the old maverick.

I give credit to politicians like P Ramasamy and Charles Santiago (above) for occasionally belling the cat, but if a “Chinese” member of the DAP said something against the old maverick, all hell would break loose. Remember when Ronnie Liu dared to claim that the emperor has no clothes, and the young boy minister threatened open season on the DAP?

What hurts the DAP the most is the hypocrisy of cuddling up with Malay structures - donning the hijab, waxing eloquent about reading the Quran in Malay, and a host of other initiatives to reach out to the Malay community – and then having a base which wants a secular egalitarian government which the DAP plays to.

And, of course, there was the great compromise with the old maverick, which the DAP had blamed for everything wrong with this country for decades. People in the DAP who were opposed to this move were silenced or ridiculed that they were not pragmatic to understand that Najib needed to go by any means necessary.

Now, when people see the DAP agreeing with everything the old maverick says – with the exception of certain recalcitrant members – there is even more hostility from the mainstream Malay voter who believes in the social contract, but could not stand the excesses of the Najib regime.

The DAP didn’t lose its shine. It's just that its chickens are coming home to roost. 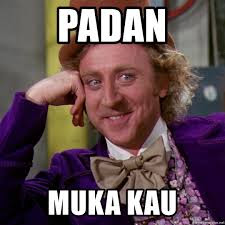 S THAYAPARAN is Commander (Rtd) of the Royal Malaysian Navy. A retired barrister-at-law, he is one of the founding members of Persatuan Patriot Kebangsaan