With Father of Cronyism, "New" Malaysia is kerbau

What was Vincent Tan doing at Armada dinner?

“Preferential” capitalism is nothing new by Bersatu’s standards. It’s led by Mahathir, who practically built the current political funding complex.

In his own words, “If we have won, we will have to win (the next general election) by whatever way possible, by hook or by crook”.

Syed Saddiq himself seems to have little qualms with mixing business and policy-making as seen with his public support of bringing in corporate entities as solutions to government problems as seen with Gojek and Hausboom.

But the presence Berjaya Group founder is a timely reminder that Malaysia’s leaders need to start taking the mantle in changing the relationship between business and politics seriously.

In a report by the Center to Combat Corruption and Cronyism (C4), executive director Cynthia Gabriel said Pakatan Harapan not only lacked the urgency to address the culture of political patronage but also continues to engage in behind-the-scenes collusion with business personalities and wealthy persons in an apparent move to push profits at all costs. 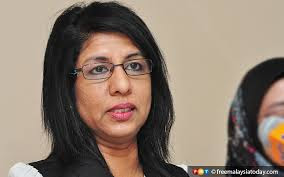 Based on this, what we have now under Harapan is no different from the “preferential” capitalism of "Malaysia Lama".

This relationship had simple arithmetic – politicians reward loyalty to the party with favourable access to business opportunities be it tenders, privatisation, stock offers or key positions in politically-linked corporations.

Conversely, the threat of directing funds away from the party and towards political competitors ensures that the regime follows through with patronage.

Political control in "Malaysia Lama" since the early 1970s has relied on two groups, each of which receives benefits from the regime in exchange for political support.

When Malaysians voted for change in May 2018, they did it hoping to break the status quo and the inequity that was formed in years past.

Let’s be clear. Harapan is not immune to patronage as politics is an expensive endeavour.

But when moneyed interests such as the Malaysian Employers Federation (MEF) seem to have our leaders on a tight leash – to fight tooth and nail to not only suppress our low wages but to pay for any social benefits scheme, we have a problem here.

Not to mention the backtracking on stopping megaprojects that seemed to benefit no one but a few key players as seen in the resumption of the ERCL and MRT extensions.

There needs to be an end to the unlimited anonymous donations to parties, the lack of transparency in accessing party funds and the influence-peddling between big business and our leaders through networks such as government-linked companies that continue to control much of our corporate sector.

Call it the impossible manifesto (it might as well be at this point) but one promise that is entirely doable in the Harapan manifesto is Promise 18 - "Create a political financing mechanism that has integrity".

It is time to build "Malaysia Baru" – and our leaders have to decide if they actually want to be a part of it.