In a press conference today, Azmin said that his faction of loyalists and Anwar’s that initially agreed not to attack one another in the ongoing party congress.

Azmin claimed Anwar failed to do so during the PKR Youth Congress and during this morning’s policy speech.

“He starts mentioning about Si Kitol and Raja Mandeliar, and this has opened the path for the debaters to attack (me) personally and break the unity of the leadership and members of Keadilan (PKR).

“The debaters for policy speech was also one-sided and left out the grassroots voices... The speeches only brought up one man’s dream and brings down other leaders,” Azmin said.

“These showed how the president failed to keep his promise to ensure the state debaters adhered to the speech perimeters agreed upon by both sides,” he said at Ames Hotel lobby here.

Azmin and his faction walked out from the congress in MITC earlier in the afternoon. 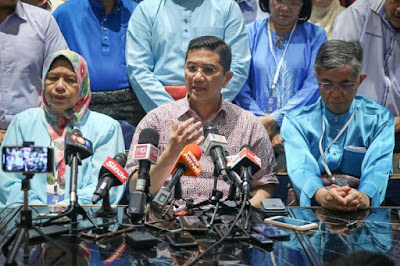 Malays are known for their political innuendos, usually crouched in flowery oblique language with sharp caustic or sarcastic references to Malay history of raja2, heroes and traitors. Seldom would targets be unaware of what have been said against them, wakakaka.

And most certainly Azmin Ali felt the poetic-historical jab in his ribs. Yes, he was never or is a hero, so he reckoned Anwar's references to Malay history's most notorious traitors like Raja Mandeliar, Si Kitol applied to him, wakakaka.

The Malay Annals informed us that the two personalities, Si Kitol and Raja Mendeliar, were treacherous, divisive individuals in 16th century Melaka, whose seditious pro Portuguese actions rendered Melaka vulnerable to the invading Portuguese. That spelt the end of the Melaka Sultanate.


And Anwar responded to Azmin's whine (as reported by MM Online: Did my ‘Si Kitol’ speech irk you? That’s your problem.

Anwar told reporters: Si Kitol is part of Sejarah Melayu (The Malay Annals) It is a historical fact.

From my previous post, publishing an article by MySinChew's The chicken game, I re-quote the following extracts:


Sure enough the parallel congress will not be recognised by the RoS, nor will it be of any significance but more of a deceptive show of strength, if Azmin were to attend it.

If he is sacked, he can't be sure how many people he can take with him. He has claimed that 15 MPs will go through the thick and thin with him, but according to insiders, many are still undecided, and watching.
... it is still premature to conclude that Azmin has raised the white flag to Anwar. They are only breaking the present deadlock so that the national convention can proceed. It does not mean the two men have reconciled.

But I reckon the cabai dealt out by Anwar and his cohorts was just too much for even a sneaky chook like Azmin to swallow, thus he and his team will be boycotting the PKR Congress henceforth.

Instead, the so-called Dwarfs' dinner to be held at the Hotel Renaissance will be de facto the alternative congress (though it hasn't been named as such). 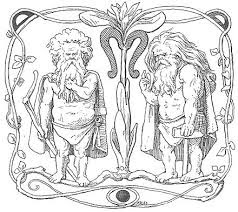 Malay Mail understands that following a meeting last night between Azmin’s loyalists which included PKR vice-presidents Zuraida and Chua Tian Chang, as well as several Central Leadership Council (MPP) members, they decided to abandon the closing of the congress in Melaka tomorrow.

A source close to Azmin’s camp also disclosed that they will boycott the congress today since the delegates for Anwar’s policy speech chose to use the congress as a platform to attack Azmin.

“We feel cheated by them (Anwar’s faction) who did not hold their promise to reconcile,” the source said on condition of anonymity.

According to the itinerary of the upcoming dinner viewed made available to Malay Mail, the event will start at 6.30pm at Renaissance Hotel, Kuala Lumpur. 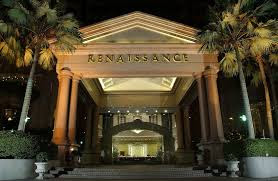 Azmin himself will deliver a speech at the end of the dinner event.

MM Online's time stamps show that 2 hours later, Azmin was reported saying differently that the 'do' at Renaissance Hotel on Sunday will not be a parallel congress or an appreciation dinner.

Instead, it will be his briefing on the Shared Prosperity Vision 2030 and that he has also invited party president Datuk Seri Anwar Ibrahim to listen to his briefing, wakakaka.

Azmin's schedule seems to be changing all the time, so has been effing up my several updates of this post.

Meanwhile, the pro Anwar delegates have now been calling for the sacking of Azmin and his Dwarfs - see FMT's Sack ’em, PKR delegate says after walkout.

But what surprises me has been Maria Chin Abdullah who shows quite clearly she is in the Dwarfs' camp, wakakaka. 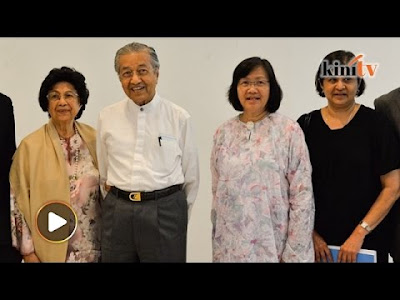 Anyway, interesting times lie ahead as we can rely on PKR to provide political entertainment, wakakaka.