Has AG Tommy Thomas already made up his mind on Azilah Hadri's SD?

Two former police guards for Najib had been convicted of the 2006 murder of Altantuya Shaariibuu.

“Everybody knew that it just did not make sense for the two of them to be solely culpable,” Thomas said in a Friday interview. “So we knew that the story was incomplete.”

The courts that sentenced the two men to death had grappled with their lack of motive, while Azilah Hadri’s recent statement indicates there may in fact be a reason for the murder, Thomas said.

“It’s more for the police to investigate and we will look into it,” he said, when asked if he will reopen the case.

Azilah is seeking a retrial after penning a sworn statement accusing the former prime minister of ordering him to covertly arrest and destroy her because she was a foreign spy and a threat to national security.

Najib has denied any involvement. On Friday, he made a religious oath that he didn’t give the order and had never met her.

The prosecutor’s stance will be a relief to Shaariibuu Setev, who has spent more than a decade seeking closure over his daughter’s death.

He is campaigning for Malaysia to commute the men’s sentences via a plea deal so that Australia, where one of the men had fled to seek asylum from the death penalty, will agree to bring them together to tell what he says could be the true story behind the murder.

Shaariibuu said he doesn’t wish the death penalty on them. “Executing these officers is an awkward way to eliminate evidence,” he said in an interview in Ulaanbaatar on Oct 3.

It's quite expected for many Malaysians to have a pre-formed impression that 'someone' (presumably either Najib, wakakaka, or at least Razak Baginda) to be the person with the 'motive' behind Altantuyaa's murder.

Indeed, the famous British crime author, P.D. James, who served for thirty years in various departments of the British Civil Service, including the Police and Criminal Law Department of Great Britain's Home Office, as well as a magistrate and as a governor of the BBC, wrote in her book The Murder Room that “All the motives for murder are covered by four Ls: Love, Lust, Lucre and Loathing.”

Let's take the tragic case of Canny Ong, a beautiful woman who returned on a holiday to Malaysia from the USA where she was working with her husband. 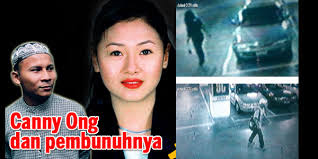 Star Online even reported that: The randomness of the crime – Ahmad Najib had no apparent motive – made it all the more horrific and prompted many unsolicited and baseless conspiracy theories much to the dismay of Ong’s loved ones.

Wait - no offence to the late Canny Ong's family but I need to pose a cynical question-point - maybe then-Defence Minister Najib Razak (remember, this was in 2003) was the person who provided the motive to murder Canny Ong? 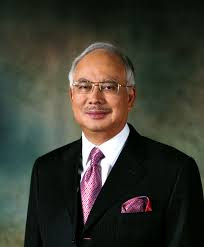 Well, for the murder of Canny Ong, the court convicted and sentenced Ahmad Najib Aris to death saying the guilty man was motivated by lust, which saw him raping her before killing and attempting to get rid of her body through burning the corpse to hide his crime.

British crime author P.D. James was right (she died in 2014) that “All the motives for murder are covered by four Ls: Love, Lust, Lucre and Loathing”, where obviously in Ahmad Najib Aris' case, it was "lust".

Now, what was it that AG Tommy Thomas said?

“Everybody knew that it just did not make sense for the two of them to be solely culpable,” Thomas said in a Friday interview. “So we knew that the story was incomplete.”

Maybe Tommy Thomas, even though a Malaysian, haven't heard of the infamous murder case of Canny Ong, though it seems he has already believed that 'Someone' must be involved in Altantuyaa's murder when he said: “Everybody knew that it just did not make sense for the two of them to be solely culpable. So we knew that the story was incomplete.”

I wish Tommy Thomas could re-visit the Canny Ong's case to investigate into the "incomplete story" of poor Ahmad Najib Aris murdering Canny but who as the Star Online reported: Ahmad Najib had no apparent motive.

But poor Ahmad Najib was already hung in 2016, so there's more reason (and cause) for Malaysia NOT to have capital punishment, because with an indomitable AG Tommy Thomas and police re-investigating the Canny Ong murder, Ahmad Najib Aris could have been spared the gallows as being just a puppet for 'someone' like, hmmm, Najib Razak?

Yes, “Everybody knew that it just did not make sense for Ahmad Najib Aris to be solely culpable for the murder of Canny Ong. So we knew that the story was incomplete.”

I recall when the Star Online published the news:

The randomness of the crime – Ahmad Najib had no apparent motive – made it all the more horrific and prompted many unsolicited and baseless conspiracy theories much to the dismay of Ong’s loved ones ...

I was monitoring the news and some blogs to see what they would say about the nonsense of Canny Ong's murder being without apparent motive.

But NO One (or at best, very few) cared about Canny Ong (or for that matter, Shaariibuu Altantuyaa). 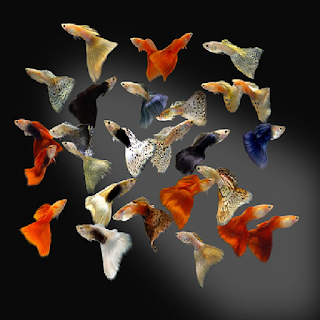 Yes, the usually noisy vociferous guppies remained strangely silent on the murder of Canny Ong being reported as without any motive. But such was/is prejudice, particularly reckless, emotional and invincibly blind double standard prejudice, more so when that prejudice has been laced with the poison of acrimonious politics, that they couldn't care two figs about poor Canny Ong.

The latter, Shaariibuu too would only be useful if her murder could convict someone, a particular person. Otherwise, Shaariibuu was just like Canny Ong, a murdered person of fleeting interest in a highly politicized and poisonous Malaysia.

And as for poor Mr Shaariibuu Setev, the father of Altantuyaa, he has been so misinformed and misled into already believing a certain "Someone" murdered his daughter, that he was wont to say of Azilah Hadri and Sirul Umar, the two convicted murderers of her daughter, that he doesn’t wish the death penalty on them. “Executing these officers is an awkward way to eliminate evidence.”

I truly feel sorry and sad for the poor father of Altantuyaa Shaariibuu who thinks the murderers of his daughter are only 'evidence'.