Is it racist to say Indian food is terrible?

'Indian food is terrible and we pretend it isn't': US professor's tweet sparks debate, criticism RHODE ISLAND (ANN): A tweet by a United States academic on Sunday (Nov 24) - "Indian food is terrible and we pretend it isn't" - has sparked an online debate about whether it is racist to express one's gastronomical preferences.

International affairs professor Tom Nichols, who teaches at the US Naval War College in Rhode Island, was responding to another Twitter user's request for "controversial food opinions".


The academic has since spent the last two days fending off the criticisms - sometimes in jest but often serious - of other Twitter users.

"You are the Donald J Trump of food," wrote one commenter, linking the professor with the US president whose immigration policies, such as the forced separation of more than 1,500 children from their parents along the US-Mexico border in 2018, have been condemned in some quarters as intolerant.
More pointed criticisms include a Twitter user who said "Indian food" as a category did not exist, given its regional variations and diversity, and another who said Prof Nichols was dismissing the culinary habits of more than a billion Indians.

Padma Lakshmi, the host of US cooking programme Top Chef and author Salman Rushdie's ex-wife, was unimpressed with Prof Nichols's tweet. She said on Twitter: "Do you not have taste buds?"

Still, some netizens said "Indian food" in Europe and the US was not reflective of how Indian food actually tastes anyway, since they are often given a Western twist to be more amenable to European and American taste buds.

Prof Nichols later admitted that he had only eaten at Indian restaurants in the US and Britain.

Some netizens were more sympathetic to Prof Nichols' position, however. Twitter user Sonia Gupta said those who liked Indian food were not necessarily more culturally tolerant.

"It's the same feeling I had as a kid when white women would fawn over my mum's beautiful saris while also talking to her as if she was a child," she wrote, arguing that cultural fetishisation can often be quite different from real cultural understanding.

Another group of Twitter users maintained that food was just food, and Prof Nichols' statement was not unlike someone saying they did not like okra - also known as ladies' fingers. "We don't have to love every part of every culture to peacefully coexist," one Twitter user wrote.

On his end, Prof Nichols said there is only a slim possibility that his distaste for Indian food will change, writing in a later tweet: "I am told by people (that) I respect that I can be brought around to this but I am still deeply mistrustful that this is possible." – The Straits Times/Asia News Network

While I adore Indian food, I can understand why Professor Tom Nichols had reckoned Indian cuisine is terrible, wakakaka.

Mateys, he is an American and Americans have been/still are notorious for disdaining most forms of non-American food. He was just being honest (though not necessary qualified to speak as a culinary expert) that Indian food, to him, tasted 'terrible'. Mind, at least he didn't go down the ridiculous way a so-called Pommie culinary expert had in April 2018 criticised a rendang chicken (in a nasi lemak dish) for not having crispy skin, wakakaka.

Mind, the Indian food served in London that the Poms love would usually be more elaborate than ours with possibly the exception of those served by our (earlier generation) Hailam (Hainanese) colonial food chefs.

Besides assorted types of curry, roti and rice, there would normally be side-dishes in small bowls containing coconut shavings, salted fish or/and salted eggs, pickles, chutneys, Indian-style salads (mangoes, pineapples, onions, cucumber, mint leaves, etc), crushed peanuts and the list goes on, wakakaka, and which the expatriate lunch-ers or diners would dump all on top of their rice and curry.

I heard from my uncles who served in our military in earlier years that some Hailam establishments in Malaya-Malaysia in the 50's, 60's and 70's which specialised in catering to Pommie expatriates, served such Indian food as above, but usually as Sunday lunches for their British customers. Maybe the old Majestic Hotel, Royal Selangor Club and Coliseum Cafe might have done so too. 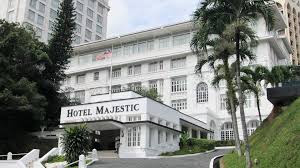 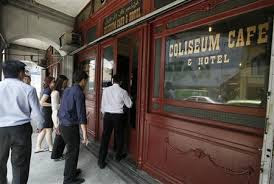 Those Poms would quaff volumes of beer with their Indian dinners or lunches while reminiscing about the good old tiger hunting days (most likely those of their forefathers, wakakaka) in the British Raj, probably in the Sawai Madhopur district of southeastern Kotah (today's Rajasthan), ...

... whereafter they would (or imagine so) retire to their palatial clubs manned with punkah-wallahs (fans waved by Indian boys) and sipped copious drams of gin & tonic (and yes, don't forget the slices of lime, wakakaka). 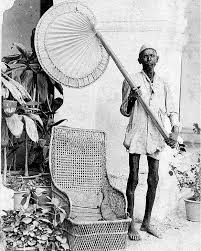 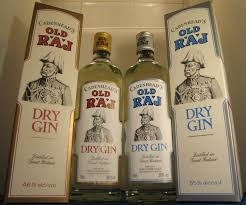 I recall that when I was working in Malaysia, my department held a sumptuous lunch in the office for some American visitors where almost every major Malaysian culinary delights (halal of course, wakakaka) were prepared at enormous cost. 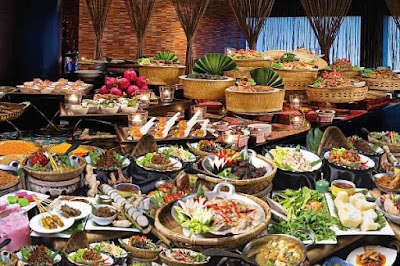 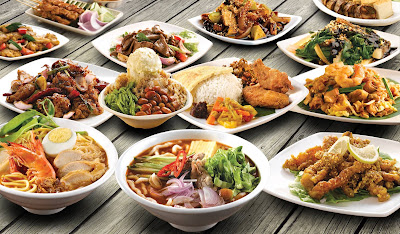 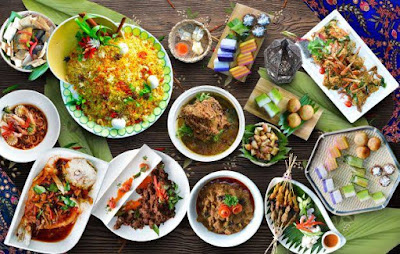 While the Malaysian hosts waged barbaric havoc a la Attila the Hun & his hordes on the food, wakakaka, I noticed the Yanks only pecked at them.

Later I took them out to enjoy the lights of KL, when I was surprised by some of them asking for the 'Golden Arches' [MacDonalds]. And boy, did they tuck-in on those gi-normous burgers and root beers. Those poor Yanks were starving before then, having avoided the lovely Malaysian lunch, wakakaka.

So, for Professor Tom Nicols to say Indian food is 'terrible' wasn't racist but something to be expected of a Yank - undoubtedly he prefers an enormous greasy cheesy yucky burger, wakakaka. Hmmm, maybe that's why some Yanks voted for a man like Donald Trump, wakakaka again