The double standard of Mahathir's government

N Sivananthan, the first Malaysian to become an International Criminal Court counsel, said the government should apply the same principle on Naik, as it did in deporting Praphan Pipithnamporn, who is likely to face charges over her anti-monarchy views.

“If India puts in a request we have to deport him. And if Naik wants to challenge the deportation, he can do so, but he must be held in custody pending disposal of any extradition proceedings,” he told FMT.

Praphan was repatriated last week after she was arrested by Malaysian police in April upon Thailand’s request.

Dr Mahathir Mohamad has defended the move, despite coming under criticism from rights groups who warned that Praphan could be subjected to an unfair trial under Thailand’s tough lese-majeste laws.

“If there is a request, we have no choice but to send her back,” the prime minister told reporters today.

Naik, who has a Malaysian permanent residence status, has been on the run from Indian authorities, but has found support among senior leaders from both the previous Barisan Nasional government and Pakatan Harapan.

Last year, Mahathir said that the government would allow Naik to stay as long as he did not break the law.

On May 2, India’s Enforcement Directorate charged him in absentia with money laundering, accusing him of acquiring about Rs1.9 billion (RM114.5 million) worth of criminal assets.

The agency said Naik had made “inflammatory speeches and lectures” which incited a number of Muslim youths in India to commit terrorist acts.

Let me make a wild guess as to why Praphan Pipithnamporn has been abandoned to her terrible fate-to-come in Thailand - she is NOT a Mamak.

No wakakaka because her punishment at the hands of the Thai royalists and her chances in a Thai jail will be horrendous. Zakir Naik for his infamy is more deserving of such ordeals

But guppies, you morons elected a double-standard monster and even dare to say you adore him? Dumbos. 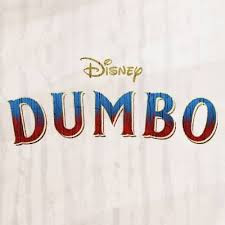