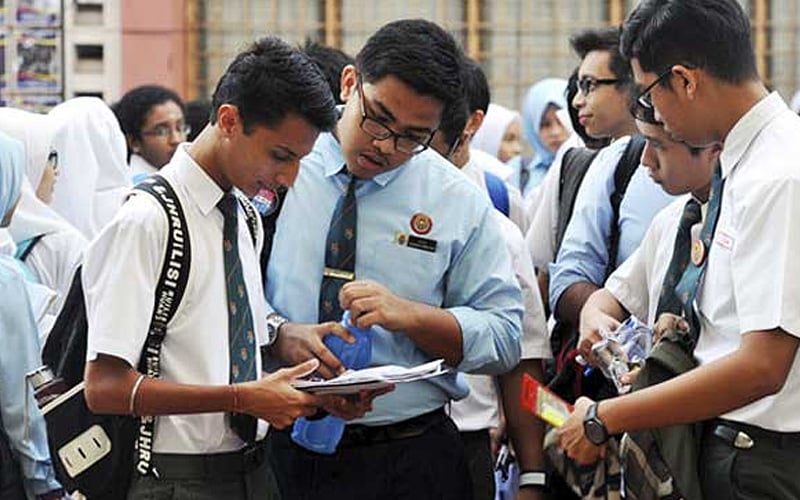 Minister in the Prime Minister’s Department Mujahid Yusof Rawa recently said: “I hope all parties will stop issuing statements regarding the matriculation quota system in order to respect the decision of the Cabinet.”
Is this a sign to ask the people to shut up? But what if the decisions made by the Cabinet are irrational, ill-informed or biased? Can the people at least provide some criticism, comments or feedback? In fact, I have even more questions to ask now that this issue has been brought to the forefront.
If we claim that admission to public universities is based on merit, may I know if an A in matriculation is the same as an A in STPM?
If we admit that the matriculation exam is less vigorous, how can we accept it as an equivalent to STPM?
On the other hand, if we claim that matriculation is the same as STPM, why does everybody want to join matriculation? In fact, fighting to get into matriculation now is like fighting to get into preferred courses at public universities. Please bear in mind, this includes non-Malay students who manage to get into matriculation and who will now have an advantage over non-Malays sitting for STPM.
If we increase the intake for matriculation while maintaining the same easier standard (or without recalibrating the equivalent standard with STPM), how can we claim it will not affect the STPM students’ chances of admission to public universities? It is a zero-sum game, is it not?
If we claim that matriculation is mainly for students from the B40 group, may I know for sure how many of the total intake are truly from the underprivileged and lower income group? I think we should properly define and identify this group. Do we really have the information on this? It is my considered opinion that most matriculation students are not from the B40, although I would love to be proven wrong on this.
If we want university admission to be easier for Bumiputera students because the job market has been unfair to them, then it is vital that we look at “unfairness” in the job market rationally. Is the unfairness due to race, religion, skills, knowledge, attitude or competency?
I have no doubt that the majority of the workforce in this country comes from the Bumiputera community. But if we are going to talk about who gets to excel or become entrepreneurs, or who is able to contribute more significantly, then surely quality of education, skills, attitude and worldview are important.
So why are we telling our students they could have an easier route to a degree but expecting them to perform and excel in their jobs? Have we not provided them with a wrong education and inculcated them with a wrong attitude to begin with?
I think most people are aware of what is going on. There is no free lunch in this world. It is time for the government to substantiate what it says and not to indulge in ambiguity and generality.
TK Chua is an FMT reader.
Posted by KTemoc at 2:28 pm