My response to the storm raging over Maszlee 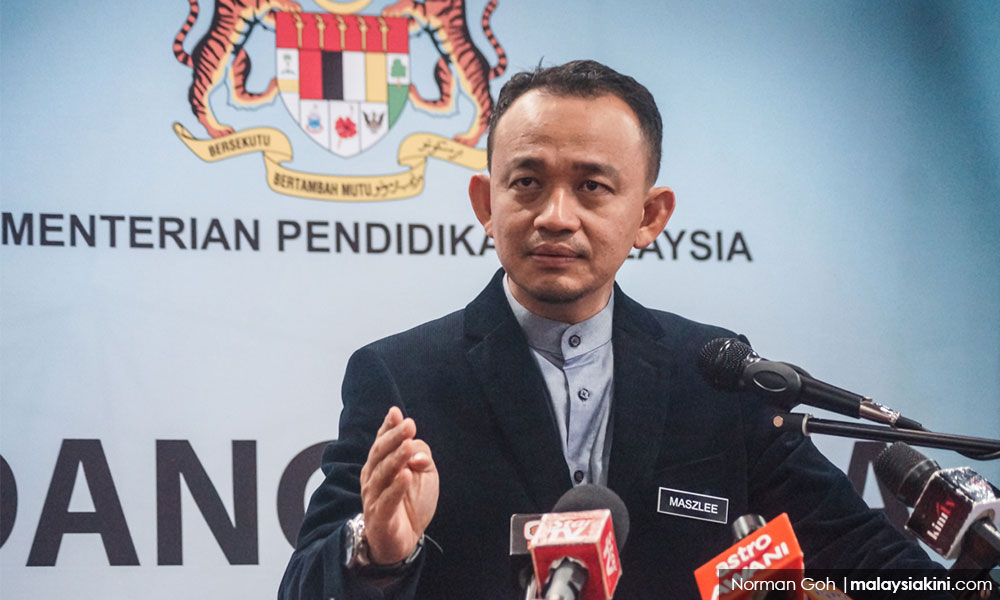 LETTER | I started the petition to Prime Minister Dr Mahathir Mohamad on Education Minister Maszlee Malik about three weeks ago.
The petition was a follow-up to a recent letter that I sent to him, which was also copied to the prime minister and deputy prime minister for Maszlee's inaction over a series of complaints in the past five months.
Although it was a 'petty' matter, the petition was done intentionally to show that complaints made by parents have gone through the entire process, yet the Ministry is incapable of enforcing its own directive on additional workbooks for Level 1 (known as Surat Pekeliling Ikhtisas Bil 1/2000).
Until last week, there were only 600 signatures – and, in fact, I had forgotten all about it.
Various other issues were of course brought up, which showed that Maszlee paid no attention to complaints raised by parents, even after these were not dealt with at the district Education Office and state Education Departments levels.
Time and again, several parents’ groups have tried to brief him, but like I said in my petition, he only assigned his press officer to meet with these groups.
Therefore, my petition has nothing to do whatsoever with the current debate, and I must say that this petition was hyped up because of Maszlee’s own lack of sensitivities and his mischief in playing up racial sentiments.
His recent comments about the matriculation quota are flawed, coupled with his comments about the Chinese being well-off and able to send their children to private universities, that is a reversion to the old regime.
Suffice to say that he deserves all the whacking he is getting.
One has to ask why other ministers are not being criticised as much as Maszlee in the past year.
For example, Youth Minister Syed Saddiq Syed Abdul Rahman posed shirtless in a bathtub, and received brickbats. He immediately withdrew the post and everything subsided.
No repeat thereafter, and so far, no one has targeted other Bersatu ministers except for Maszlee.
Maszlee apparently has not learned from his past mistakes with all sorts of nonsensical suggestions – like his idea of hotels offering their swimming pools for schoolchildren in the name of corporate social responsibility.
I, for one, would not allow my children to attend any swimming activities when I know that the school does not have enough teachers to look after 40 children jumping around in the pool.
What most people expect of New Malaysia is an education minister to represent all Malaysians, not only a particular race or religion. Sadly, in my opinion, Maszlee has failed terribly in advancing the New Malaysia agenda.
While I agree with Mahathir that we give more time to ministers to learn the ropes, it is too much for people to accept Maszlee.
As pointed out by Sungai Pelek assemblyperson Ronnie Liu in his article, we are racing against time to deliver the promises of a New Malaysia hyped by Pakatan Harapan.
There is no time for newbies like Maszlee to fool around with racial polemics and bring us back to the BN era. It is a fact that as the urban Malay population increases, the game of politics has to change.
Maszlee’s polemic on race has indeed cause polarisation between Harapan supporters – and yes, if he is allowed to continue on as a minister, he will drive the wedge further into the solidarity we have achieved as one Bangsa Malaysia.
Posted by KTemoc at 1:34 pm