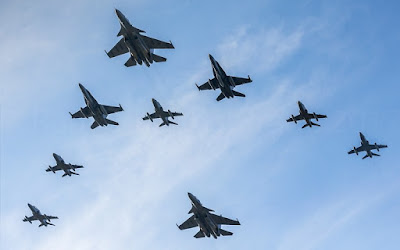 Politics may be the deciding factor in a RM36 billion deal to supply light combat aircraft to the Royal Malaysian Air Force over the next 10 years, according to a Singapore news report.

The aircraft on offer are believed to be the F-50 by Korea Aerospace Industries of South Korea, Tejas by Hindustan Aeronautics (India), YAK-130 by Irkut Aerospace (Russia), JF-17 Thunder (Pakistan) and the Alenia Aermacchi M-346 Master (Italy).

According to the Straits Times newspaper in Singapore, defence industry executives believe that the RMAF top brass is partial towards South Korea’s FA-50 jets, but its critics contend that the single-seater aircraft is not suitable because it does not have the capability for air-to-air refuelling. [...]

The tussle to secure the contract is being waged by local agents of the manufacturers and are “typically little-known private entities whose well-connected shareholders hide behind business proxies to shield their involvement”, the report said.

The ST quoted unnamed defence industry executives as saying that the FA-50 is being represented by a little-known private entity Kemalak Systems, Tejas by Forte Drus, JF-17 by Kharisma Wira, the YAK-130 by Sarawak-based Sovereign Strategic. Aermacchi’s representative was not known.

“The armed forces always have their wish list but it is politics that will decide what Malaysia buys,” a senior executive of a local defence agency is quoted as saying.

There was also a strong lobby from Pakistan, whose prime minister Imran Khan enjoys close ties with prime minister Dr Mahathir Mohamad. However, Pakistan could fail because Malaysia intends to link the arms deals to purchases of palm oil.

India, one of Malaysia’s largest buyers of palm oil, has reportedly offered to acquire Malaysia’s retired MiG-29 fighter jets to boost its chances.

The person who said “The armed forces always have their wish list but it is politics that will decide what Malaysia buys,” has been absolutely spot on.

The uniformed staff and technical professionals can scream for all they want but the politicians and civilian staff will be the ones to decide.

There has been a misconception that air force generals decide on what planes we buy, but recall, Tun Razak decided on the RMAF's executive jets, Mahathir decided on Russian fighter jets and an ancient Grumman HU-16 Albatross (in every sense of that avian metaphor), AAB decided on Airbus A400, etc.

Thus while the RMAF may wish to have the modern South Korean FA-50, the air force must wait to see who the government favours. It may well be the agent for the FA-50, it may well not be.

While the palm oil barter angle may indicate a leaning towards the Indian's Tejas light combat aircraft (LCA), technically and performance-wise, the RMAF in all likelihood will not like that choice of an aircraft the Indian Air Force has to grudgingly accept after a 30-years long development. 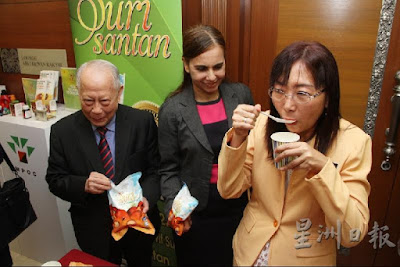 The Tejas LCA is a supersonic, single-seat, single-engine multirole light fighter aircraft that has been under development by the ADA in cooperation with HAL since the early 1980s. The IAF had to repeatedly revise its requirements for the fourth-generation fighter. Notably, the service has repeatedly stressed that the Tejas Mark-I Tejas does not meet the service’s specifications and operational requirements, as I noted previously:

Overall, the IAF demanded over 43 improvements and upgrades of sub-systems of the aircraft. Given the Tejas Mark-I FOC status, it appears that these deficiencies have now been addressed, although details remain murky. FOC aircraft are set to enter production this year. HAL will also set up a new assembly facility at Nashik in Maharashtra by 2020 to increase annual production from eight to 16 aircraft per year.

If the autocratic premiership of Mahathir decides on the Tejas, there is eff-all the RMAF can do. 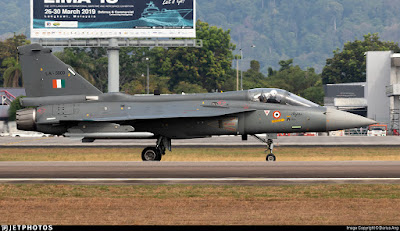 Instead of spending the alleged RM36 Billion on one of the following:

the RMAF would be better buying a bigger fleet (instead of drips and drabs) of second-hand re-conditioned older type aircraft, eg. BAE Hawks, Aermacchi MB339, or even the venerable vintage F-5E/F fighter jet, the latter of which Thailand has purchased and re-con-ed them to F-5ST Super Tiger fighter jet. Another heavier choice would be the relatively still-new Mirage 2000-5. 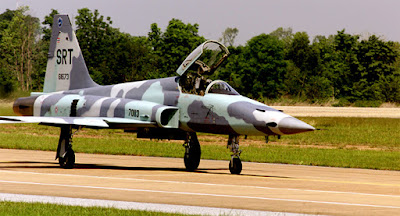 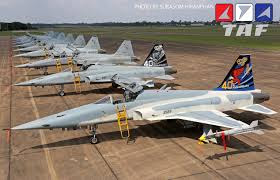 Then spend the remaining amount on air-to-air refueling tankers like the Airbus A330 MRTT. The Korean Air Force has ordered 4 of these must-have planes in a air defence setup costing US1.3 billion (RM5.5 billion)

The A330 MRTT has won every major tanker competition outside of the U.S. since it entered the market, Airbus claims.

South Korea is the seventh nation to order the aircraft, following France, Australia, Saudi Arabia, Singapore, UAE and the UK. The latter six nations have ordered 46 total aircraft, according to the manufacturer.

On July 1, Airbus announced that it signed a contract to provide two additional A330 MRTTs to the Royal Australian Air Force, joining five the RAAF currently operates.

Airbus in Getafe, Spain, will convert two previously owned Qantas Airways A330-200 airliners to the MRTT configuration, for delivery to the RAAF in 2018.

I hope Mahathir won't go for the Tejas nor any of his bizarre choices such as the ancient Grumman HU-16 Albatross, which admittedly at only 70 years old (and of WWII vintage) is still much younger than him.