Scholarships for Palestinians set off panic

A total of 140 Palestinian seeking to further their higher education studies in Malaysia will be eligible under the RM11.48 million worth “Scholarship for Palestine” sponsorship as announced by Prime Minister Tun Dr Mahathir Mohamad yesterday.

When the PM yesterday said the government is offering scholarships to Palestinian students to pursue bachelor, masters, and PhD courses in 12 Malaysian universities, there were loud cries of protests from Malaysians from all walks of life that 'charity should begin at home'.

Their protests were against the PM's generous offer because it was incongruous with his (and Finance Minister's) constant moaning of national debts (blame directed of course at Najib, wakakaka), belt-tightening measures, forced cancellations of this & that project, etc, and when coupled with the real and depressing economic situation of Malaysia's hardships, was too hard to swallow.

Swift as a sparrow hawk, Datin Paduka Siti Hamisah Tapsir DG of the Higher Education Department came out to clarify that the scholarships offered were from 11 private universities and only one public university.

Nothing new lah, she explained that it has become a norm for local universities to offer scholarships annually to both local and foreign students ... yadda yadda yadda.

KUCHING: The scholarships for Palestinian students in Malaysia announced by Prime Minister Tun Dr Mahathir Mohamad will not involve public funds, according to a DAP lawmaker.

Bandar Kuching MP Dr Kelvin Yii clarified that the scholarships worth RM11.47mil would come from funds generated by the universities themselves.

“They will not involve any government funding, or affect scholarships that are being offered to local Malaysians.

“This was confirmed by Deputy Education Minister Teo Nie Ching upon verification after the announcement on Wednesday (May 22),” he said in a statement Thursday (May 23).

Wakakaka, if you want to believe that, yes lah, you're welcome to do so.

Strange isn't it, that it has to be the DAP inclusive of the recent silent-as-mouse Teo Nie Ching (in face of the matriculation brouhaha and the non-recognition of the UEC) who needs to come out to explain the scholarships for Palestinians are from the private sector? Wakakaka again.

To me, it's plain obvious that the DAP has been driven out of the bush it was hiding under due to the beating of the public drums to mollify its 'constituencies'. Panic liao lah, wakakaka again. 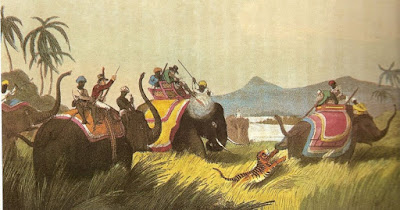 And as for Mahathir, do you think he didn't offer the scholarships for his own political interests, namely, to win over the Heartland?