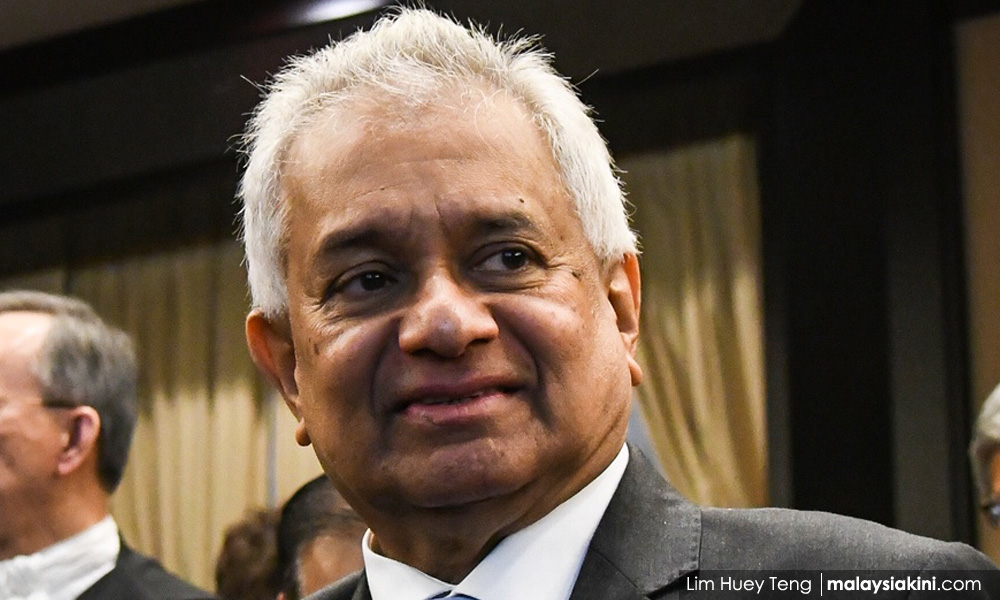 Attorney-General Tommy Thomas instructed that the appointment of lawyer Syazlin Mansor be revoked, said an aide to Housing and Local Government Minister Zuraida Kamaruddin.
According to Nor Hizwan Ahmad, this was conveyed through a letter dated May 23.
“The ministry immediately acted in accordance with the AG's advice and instructed its lawyer to withdraw from the inquest,” added the political secretary in a media statement this afternoon.
Syazlin was representing the Housing and Local Government Ministry as well as the Fire and Rescue Department in the inquest to determine firefighter Muhammad Adib Mohd Kassim's cause of death.
The lawyer is also the wife of Zuraida's press secretary Ahmad Soffian Mohd Shariff.

Meanwhile, Nor Hizwan also pointed out that Syazlin (above) was appointed at an early stage to ensure and assist in the discovery of the full facts surrounding the death of Adib.
“This was a matter of great importance to the Fire and Rescue Department and the ministry as a member of the department had died in the course of carrying out his duty.
“It has been public knowledge that the lawyer has been representing the Fire and Rescue Department and the ministry since the inquest commenced on Feb 11, 2019.
“No objections were raised by any of the parties involved in the inquest throughout the course of the inquest which is nearing its end,” he added.
Misleading allegation
Responding to a news report which alleged that Zuraida had appointed the lawyer without the AG's Chambers' knowledge, the aide described the allegation as misleading.
He said the claim, reported by the Edgemarkets quoting a source close to the AG's Chambers, did not reflect the full picture of what transpired.

Nor Hizwan (above) also pointed out that Syazlin was appointed on a pro bono basis.
“Syazlin who is the wife of the minister's press secretary accepted the appointment and carried out her the work without payment and in the spirit of public service.
“We take this opportunity to record our gratitude for the service she performed,” he added.