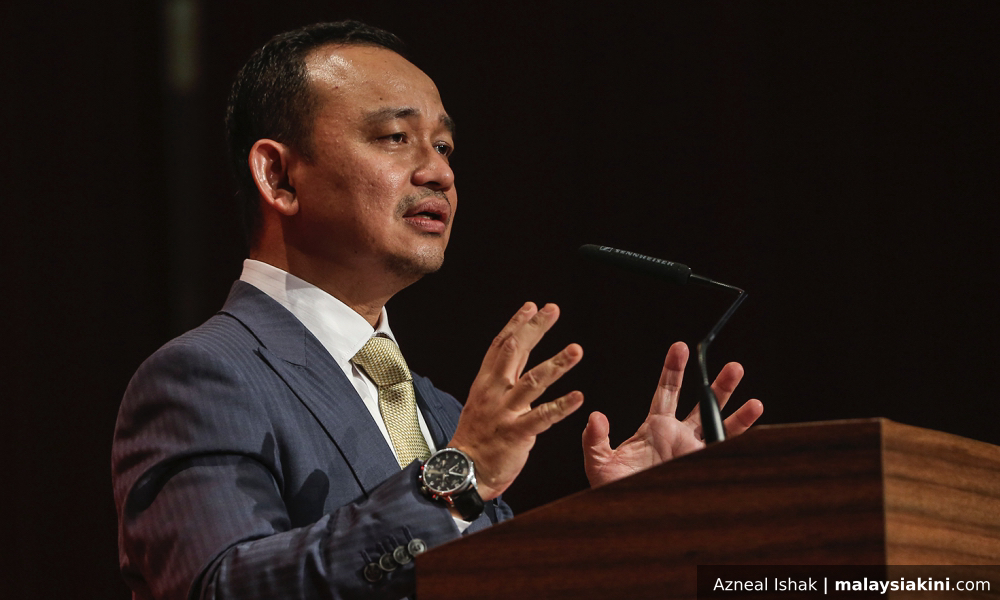 COMMENT | Over lunch with a Pakatan Harapan leader from Sarawak last Tuesday, our conversation drifted to the performance of cabinet ministers over the past year.
We noted what Dr Mahathir Mohamad had said – the prime minister agrees that some of his ministers had performed below par but that they were learning fast. Since most were new to the job, the prime minister said that they should be allowed more time to prove themselves.
My lunch companion, a dear old friend, and I agreed that Mahathir’s appeal for more time was “fair enough”.
My concern was not really about giving ministers the extra allowance of time to buck up. The main worry is their capability and suitability for the job.
Without the right mindset and lacking a vision on how to move the nation forward, such a politician is unsuitable to helm a ministry. Give him all the time in the world, he will never be able to change. In such a case, it will be a real waste of time.
The trouble is that all politicians think they are good minister-material. We must be aware that some had lobbied furiously to be members of the cabinet after GE14. When bypassed by their junior colleagues, they were left sorely licking their bruised egos.
I was reading an obituary of the late Australian PM Bob Hawke. In one passage, the author wrote: “The government Hawke led is widely regarded as one of Labour’s most successful and one of Australia’s most transformative, with the prime minister assisted by a rare depth of talent in his cabinet.”
It makes me wonder whether Mahathir currently has a “rare depth of talent in his cabinet”. Only the prime minister himself knows.
However, judging from the barrage of criticism against some of his ministers, Mahathir has good reasons to be disappointed.
Education Minister Maszlee Malik is one great disappointment, not only in my book but in that of many others as well.
Right from the start, the government had been cautioned about the unsuitability of Maszlee for the important education portfolio. But some of his Harapan colleagues came to his defence and Mahathir stood his ground.
Two months ago, I also wrote on the Maszlee issue following a petition, initiated by the Movement for Change, Sarawak (MoCS), for the prime minister to remove Mazlee from the cabinet.
That was the first MoCS petition against a federal minister in 10 years. It was signed by 1,022 people (updated), mostly Sarawakians. MoCS had also made it clear that it was not a knee-jerk reaction.
We observed and took note of the public feedback after Maszlee’s "medan dakwah" declaration for more than a week before finding it necessary to kick off the petition to the prime minister.
What do we still see in Maszlee today? His critics, particularly those who know him well or had worked with him, were not wrong. He has kept on goofing big time. How much more time can we continue to give Mazslee to prove himself?
In the private sector, a new employee has to serve a three-month probation before confirmation. I doubt Mazslee will last more than three months outside the public sector.
In recent days, Maszlee continued to stir up trouble. Not surprisingly, his remarks claiming that if Malaysians do not want the matriculation quota system, then job opportunities should not be denied to bumiputra because they do not speak Chinese has stepped on the raw nerves of many.
His allies in Harapan shot Maszlee down almost immediately, and rightly so. Penang Deputy Chief Minister P Ramasamy described Maszlee’s statement as “shocking”.
"He is saying as long as the private sector, in other words, Chinese employers, are recruiting on the basis of knowledge of Mandarin, then the government will maintain the present matriculation quota.
"Firstly, I am shocked a minister of education is still entrapped in thinking along racial lines. What is the difference between him and Umno politicians?" Ramasamy asked.
Cenbet co-president Gan Piew Sieu said that Maszlee was "treading on thin ice by conflating the issues", adding that it not only contained racial elements but could be emotionally charged.
He said it was unnecessary to issue statements that can heighten sentiments when it was a time to "lower the political temperature".
"In fact, as Education Minister, he ought to play a key role in fostering unity starting from schools. There is no need to take cheap political shots which are divisive," Gan added.
Both Ramasamy and Gan spoke for many Malaysians, myself included. I believe many also shared the sentiments of some Sarawakians who also spoke negatively of Maszlee as head of the Education Ministry.
“Malaysia needs an education minister who can improve the standard of education to international level, not a closet Islamist who seems to be more interested in creating an "Oxford for Islamic Studies" in Malaysia”.
“He is acting like an extremist, only looking into matters concerning one race and one religion. We need a minister for all races and religions”.
“Sarawak is a model of tolerance and harmony. Don’t propagate a failed doctrine that has caused disunity in Malaya to our shores”.
To me, Maszlee has no desirable characteristics of an education minister and he must be aware that he is a liability in Mahathir’s cabinet. He sticks out like a sore thumb. He should go.
Even as I critique a person, I would always attempt to look at his or her positive traits too. That is only being fair. However, in the case of Maszlee, I am unable to find any noteworthy contribution in his one year as education minister.
I turned to my lunch companion and asked him to name one significant contribution from Maszlee. This time, my good friend, known as a staunch Harapan defender, merely kept quiet. He has no answer.
FRANCIS PAUL SIAH heads the Movement for Change, Sarawak (MoCS) and can be reached at sirsiah@gmail.com.
Posted by KTemoc at 7:23 pm