No clemency for those under death sentences in Sing 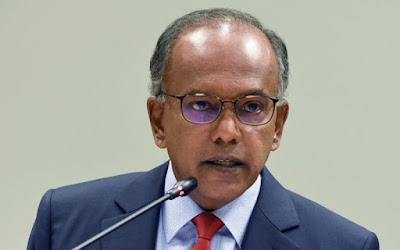 PETALING JAYA: Lawyers and rights activists are at loggerheads over a Singapore minister’s remark that it is “untenable” to have a moratorium on Malaysians sentenced to death in Singapore courts for drug trafficking.

Commenting on this, criminal lawyer Rosal Azimin Ahmad said: “Such an act can be considered as an attempt to interfere with the process of law of another country. I disagree with (Liew’s) action.”

However, he told FMT an appeal on humanitarian grounds could still be made.

“Perhaps the minister can attach a written appeal from the family, which means the minister is acting on behalf of the family members for the consideration of the Singaporean government,” Rosal said.

But he noted it was not appropriate to ask another country to spare the death penalty imposed by its court as other people might use it as a precedent.

Lawyer Christina Teng, a staunch supporter of the death penalty, said Singapore was drug-free because the republic’s authorities were strict in upholding the rule of law and protecting the interest of the public.

The majority of Malaysians (unlike sweet naive compassionate kaytee) support the death penalty.

I can understand Muslims and fundamentalist Christians (Old Testament acolytes) in favour of capital punishment because their respective Almighty promotes (via their respective Holy Book) death for some serious and not-so-serious crimes.

But the strange finding of the survey has been that 65% of Chinese also support the death sentence, even though most of them are Buddhists.

While there exist death sentences in Buddhist countries like Thailand, Laos, Myanmar, Sri Lanka [moratorium since 1976], [Khmer Republic abolished it in 1989 by Constitution], most maintain moratorium in implementing such a dastard penalty. De factor wise, there is no death penalty in most of these countries, although Thailand had 1 in 2018.

Of the 43 independent countries in Asia that are UN member or observer states:

The information above is accurate as of 2017, when Mongolia abolished the death penalty, and does not include Taiwan, which is not currently a UN member; Taiwan practises the death penalty by shooting, and conducted one execution in 2016 and one in 2018.

Hong Kong and Macau are also listed below (they have abolished the death penalty), but they are not included in the figures above as they do not have UN membership separate from China.

In 2018, Asia had the world's 4 leading practitioners of capital punishment – China, Iran, Saudi Arabia, and Vietnam.

Criminologists around the Western World have shown that threat of the death sentence does not deter drug pushers nor murderers.

Singapore statistics (via Wiki) for capital punishment over the last ten years show:


Don't think that there isn't any drug addicts on the Island. The above were only mules who were caught - just how many got through? Thus the reality undercuts Lawyer Christina Teng, a staunch supporter of the death penalty, [saying] Singapore was drug-free because the republic’s authorities were strict in upholding the rule of law and protecting the interest of the public.

I'm afraid I have a more cynical opinion of Singapore's relentless merciless and actually pointless executions of mere mules (desperate for financial rewards), instead of going for the big-timers, to wit, the State doesn't want to be responsible for looking after those criminals under state incarceration for tens and tens of years.

That's nonsense. Liew made an appeal so how could an appeal be disrespect of Sing's laws? Unless Sing's Home Minister did not understand what an 'appeal' was?

But finally, sad to say, Sing will NOT entertain any clemency for those under death sentences in Singapore. The Island State wants to, just has to, show how tough it is.