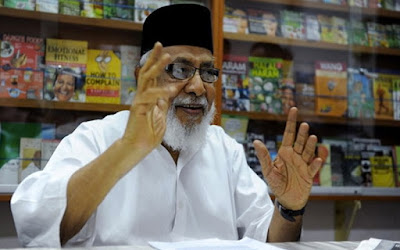 GEORGE TOWN: SM Mohamed Idris, one of Malaysia’s most prominent consumer advocates, died today at the age of 93.

Idris, who headed the Consumers Association of Penang (CAP), breathed his last at 4.45 pm at the Gleneagles Medical Centre.

He leaves behind four children.

Idris, a former Penang municipal councillor, was born in southern India on Dec 6, 1926, and was a vocal spokesman on consumer and environmental issues affecting Penang.

He was educated in the Islamic madrasah and Tamil schools in India, before attending a Christian missionary school in Penang.

You have worked unceasingly, dedicatedly and valiantly in your role as CAP Boss, the ever vigilant warrior for the interests of Penangites.

We will miss you.

P/S:
Kaytee wonders why the Penang government has not honoured him with at least a Datukship?