Harapan does not need more time; it needs to stop wasting time 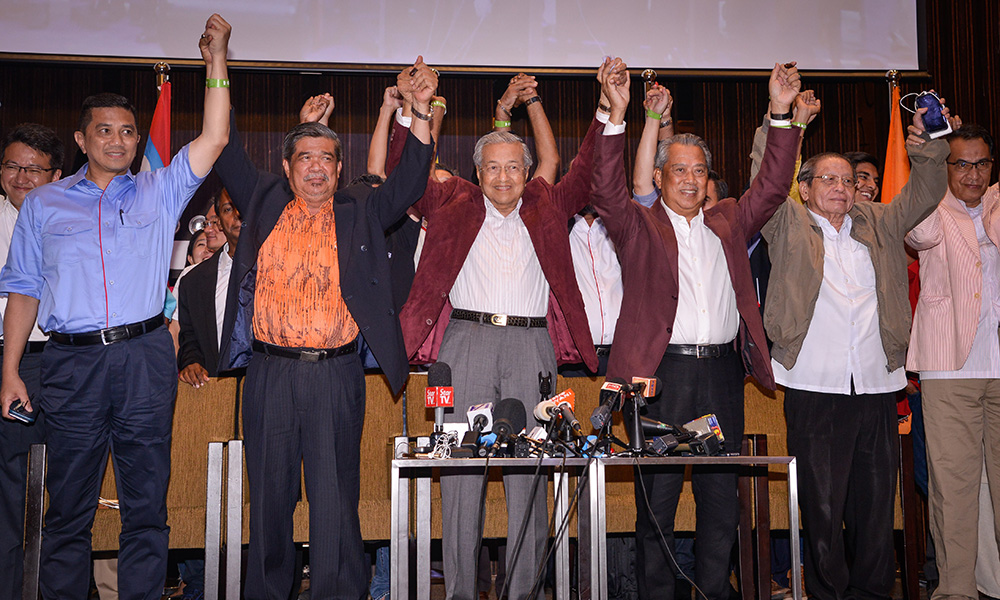 “Each wrong idea we follow is a crime committed against future generations.”
- Arthur Koestler, 'Darkness at Noon'
COMMENT | Whenever Pakatan Harapan gets flak for its backpedalling, the response from its political operatives and propagandists is to plead for more time.
This is a rather juvenile response from 'New Malaysia' politicians because time is limited in a democracy while fortunes and consequences change - sometimes overnight - in politics. The reality is that Harapan has five years until the next elections to demonstrate that they can manipulate the system to their advantage and leverage that for another term. This is the realpolitik of it.
Asking for more time is "the dog ate my homework" of excuses especially since before the election, Harapan positioned itself as the magic bullet that could “save Malaysia”. Recent public statements from the Harapan elite that the reason why they cannot fulfil certain promises is because it costs money as the former government left them with debt is a lie. They are systemic changes they can make which would cost them very little but it would not be politically expedient to do so.
Harapan and its partners should cease attempting to gaslight its base and wallow in propagandists' responses to criticisms. The most recent example is the DAP response to my column questioning the party's attempts to find a “middle ground” with someone with extremist views. This is not what 'New Malaysia' needs.

Muhammad Shakir Ameer (above), DAP’s national vice-chief, in responding to my piece questioning the value of the party’s possible friendship with Perlis mufti Mohd Asri Zainul Abidin, claimed that my piece (and others who questioned such a move) was based on “the desire to be confrontational, without making the effort to take the middle ground to make peace and avoid prolonged animosity".
This is exactly why most people – except die-hard Harapan supporters and certainly not the base that Harapan thinks it needs to remain in power – are sceptical of DAP and Harapan.
First off,  the DAP accusing others of being "confrontational", considering the rhetoric of the DAP when it comes to labelling personalities as "extremist", is predictably hypocritical. Secondly, when the DAP has a closed-door meeting because it does not want the views of its members to become public, there is really no point in claiming that the DAP wants constructive dialogue. The DAP, like any other political party, wants to control the narrative.
Harapan’s religious czar Mujahid Yusof Rawa has claimed that he doesn’t consider "liberals" less dangerous than "extremists". So how can the DAP - which has been aligned with Amanah since its inception - talk about the middle ground when neither the DAP nor its coalition partners make any attempt to define the middle ground beyond making false equivalencies between the people opposing religious extremism and the religious extremists.

Ameer, who does not really address the points in my piece on the move by DAP to engage with someone like the Perlis mufti, is like Harapan which chooses to use red herrings in an attempt to deflect from their blunders. To be clear, Ameer, the reason why people like me reject extremism and extreme ideas is because it impacts our economic and social security.
The Harapan grand poobah warns of race-baiting robbers attempting to derail the Harapan reform agenda. Anwar Ibrahim, the prime minister-designate, warns that racial tension could derail the reform agenda. The rhetoric of both appeals to Anwar’s “urban elites” but does that rhetoric translate into real reform?
Some people dismiss comments made by the prime minister and the soon-to-be prime minister as empty rhetoric especially when the former goes on about a needs-based approach to entitlement programmes but I think they are missing the point.
Malay power structures have for decades known that racial and religious politics were economically unfeasible. They understood that by denying Malaysians their economic potential, they were weakening the economy. I suspect that part of this is why there is a reluctance to make public the findings of the Council of Eminent Persons report.
However, Malay power structures have lacked the scrotal fortitude to do anything about it. What they do is come up with deflections and talk about that mythical "middle ground" when it comes to extreme religious and racial ideas as if mainstream Malaysian politics starts from the centre.

Look, over the years Umno people including Najib Abdul Razak attempted to reverse the policies that favour the majority because they knew – everyone knew – that it was bad for the economy and would only get worse in a fast-changing geopolitical landscape. When Mahathir Mohamad talks about not giving out handouts and upgrading skills, he is admitting that the current disproportionate system has handicapped not only the Malay majority but Malaysia as well.
I sincerely believe that there are political operatives within the Harapan coalition who want to change Malaysia for the better and this includes political operatives from Bersatu, but unfortunately there are too many political operatives and supporters of Harapan who believe that the old paradigm works and they support the gaslighting that Harapan propagandists engage in in support of the old paradigm.
There are good policy decisions that Harapan has made when it demonstrates it has the political will. The recent decision by the political apparatus and the security apparatus to implement the Independent Police Complaints and Misconduct Commission (IPCMC) is a shining moment for Harapan. Harapan is capable of so much more.
So the question is not if people should give Harapan more time but rather that Harapan has a limited amount of time to carry out the agenda they claim they want.


And so far, they have been wasting time.
Posted by KTemoc at 10:30 am