Israeli aggression through the years, and US complicity A member of Israeli police runs after a cameraman during clashes with Palestinians at the compound that houses Al-Aqsa Mosque, known to Muslims as Noble Sanctuary and to Jews as Temple Mount, in Jerusalem's Old City, May 10,2021.
REUTERS/Ammar Awad

"While carrying out their professional duties, four of our reporters sustained serious injuries. Our journalists chronicling the events on the ground while abiding by the principles of journalism are facing a frightening situation," said Serdar Karagoz, the director-general of Anadolu Agency, in a letter to other news agencies.

In response to Karagoz's letter, EANA called on Israel "to secure journalists' physical integrity and working conditions even during these hard times."

"The Board of EANA learned that four journalists of Anadolu experienced dangerous situations and injuries during a clash between Israeli police and protesters in East Jerusalem, and strongly calls on authorities to protect their physical integrity and working conditions," the European news agency said.

The agency noted that allowing journalists to perform their duties shows governments and states' "willingness towards transparency and manifest support of democratic values."

"Journalists should be allowed to do their jobs without fear of injury or pressure of any kind," it added.

Meanwhile, OANA President CHO Sung-boo, in a letter to Karagoz, said: "It is gravely disturbing and regrettable that Anadolu Agency journalists were seriously injured while carrying out their duties."

Additionally, the Board of Directors of ABNA-SE expressed deep concern "over respect for press freedom to provide coverage of events."

The international news agency also urged "authorities to allow journalists to carry out their noble mission of covering the truth."

Anadolu Agency, founded in 1920, is a leading global news agency operating across the world. It serves subscribers in more than 100 countries, reaching 6,000 news outlets worldwide in 13 languages every day.

Boyraz, a veteran journalist with eight years of experience with the agency, was shot in the foot with a plastic bullet last Friday while covering a raid on Al-Aqsa Mosque's Haram al-Sharif in occupied East Jerusalem. On Monday (May 10), he was shot in the leg with two rubber bullets in another Israeli police raid on the flashpoint mosque.

He was one of four Anadolu Agency journalists attacked by Israeli police.

Anadolu Agency correspondent Esat Firat, who has worked for the agency since 2016, and two photographers were targeted on Monday while covering Israeli security forces' attacks on worshipers at Al-Aqsa.

The above is nothing compared to Israeli warplanes strafing and naval boats torpedo-ing a USN ship, the USS Liberty, in 1967. Wikipedia reports:
The USS Liberty incident was an attack on a United States Navy technical research ship, USS Liberty, by Israeli Air Force jet fighter aircraft and Israeli Navy motor torpedo boats, on 8 June 1967, during the Six-Day War.
The combined air and sea attack killed 34 crew members (naval officers, seamen, two marines, and one civilian NSA employee), wounded 171 crew members, and severely damaged the ship. At the time, the ship was in international waters north of the Sinai Peninsula, about 25.5 nmi (29.3 mi; 47.2 km) northwest from the Egyptian city of Arish. 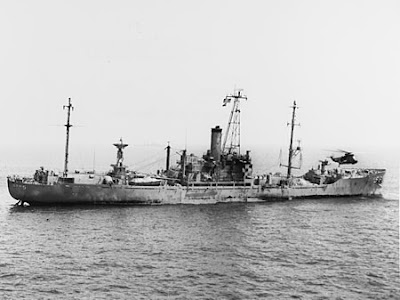 Israel apologized for the attack, saying that the USS Liberty had been attacked in error after being mistaken for an Egyptian ship. Both the Israeli and U.S. governments conducted inquiries and issued reports that concluded the attack was a mistake due to Israeli confusion about the ship's identity. Others, including survivors of the attack, have rejected these conclusions and maintain that the attack was deliberate.

During the early part of the air attack and before the torpedo boats were sighted, Liberty sent a distress message that was received by Sixth Fleet aircraft carrier USS Saratoga. Aircraft carrier USS America dispatched eight aircraft. The carrier had been in the middle of strategic exercises. Vice-Admiral William I. Martin recalled the aircraft minutes later. [...]

According to some crewmen [from USS Liberty], the [Israeli] torpedo boats fired at damage control parties and sailors preparing life rafts for launch. A life raft which floated from the ship was picked up by T-203 and found to bear US Navy markings. T-204 then circled Liberty, and Oren spotted the designation GTR-5, but saw no flag.
It took until 3:30 pm to establish the ship's identity. Shortly before the Liberty's identity was confirmed, the Saratoga launched eight aircraft armed with conventional weapons towards Liberty. After the ship's identity was confirmed, the General Staff was notified and an apology was sent to naval attaché Castle. The aircraft approaching Liberty were recalled to the Saratoga. [...]
From the start, the response to Israeli statements of mistaken identity ranged between frank disbelief to unquestioning acceptance within the administration in Washington. A communication to the Israeli ambassador on 10 June, by Secretary Rusk stated, among other things:

At the time of the attack, the USS Liberty was flying the American flag and its identification was clearly indicated in large white letters and numerals on its hull. ... Experience demonstrates that both the flag and the identification number of the vessel were readily visible from the air ... Accordingly, there is every reason to believe that the USS Liberty was identified, or at least her nationality determined, by Israeli aircraft approximately one hour before the attack. ... The subsequent attack by the torpedo boats, substantially after the vessel was or should have been identified by Israeli military forces, manifests the same reckless disregard for human life.

George Lenczowski notes: "It was significant that, in contrast to his secretary of state, President Johnson fully accepted the Israeli version of the tragic incident." He notes that Johnson himself only included one small paragraph about the Liberty in his autobiography, in which he accepted the Israeli explanation, minimized the affair and distorted the number of dead and wounded, by lowering them from 34 to 10 and 171 to 100, respectively. Lenczowski further states: "It seems Johnson was more interested in avoiding a possible confrontation with the Soviet Union, ... than in restraining Israel." 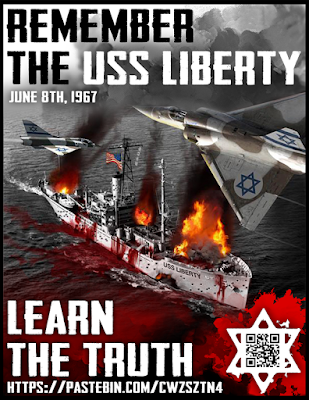 McGonagle received the Medal of Honor, the highest U.S. medal, for his actions. The Medal of Honor is generally presented by the president of the United States in the White House, but this time it was awarded at the Washington Navy Yard by the Secretary of the Navy in an unpublicized ceremony. Other Liberty sailors received decorations for their actions during and after the attack, but most of the award citations omitted mention of Israel as the perpetrator. In 2009, however, a Silver Star was awarded to crewmember Terry Halbardier, who braved machine-gun and cannon fire to repair a damaged antenna that restored the ship's communication; in his award citation Israel was named as the attacker. [...]

Dean Rusk, U.S. Secretary of State at the time of the incident, wrote:

I was never satisfied with the Israeli explanation. Their sustained attack to disable and sink Liberty precluded an assault by accident or some trigger-happy local commander. Through diplomatic channels we refused to accept their explanations. I didn't believe them then, and I don't believe them to this day. The attack was outrageous.

In 2002, Captain Ward Boston, JAGC, U.S. Navy, senior counsel for the Court of Inquiry, said that the Court of Inquiry's findings were intended to cover up what was a deliberate attack by Israel on a ship that the Israelis knew to be American. In 2004, in response to the publication of A. Jay Cristol's book The Liberty Incident, which Boston said was an "insidious attempt to whitewash the facts", Boston prepared and signed an affidavit in which he said that Admiral Kidd had told him that the government ordered Kidd to falsely report that the attack was a mistake, and that Boston and Kidd both believed the attack was deliberate. [...]

On 2 October 2007, The Chicago Tribune published a special report into the attack, containing numerous previously unreported quotes from former military personnel with first-hand knowledge of the incident. Many of these quotes directly contradict the NSA's position that it never intercepted the communications of the attacking Israeli pilots, saying that not only did transcripts of those communications exist, but also that it showed the Israelis knew they were attacking an American naval vessel.

Two diplomatic cables written by Avraham Harman, Israel's ambassador in Washington, to Abba Eban, Israel's minister of foreign affairs, have been declassified by Israel and obtained from the Israel State Archive. The first cable, sent five days after the attack, informs Eban that a U.S. informant told Harman there was "clear proof that from a certain stage the pilot discovered the identity of the ship and continued the attack anyway". The second cable, sent three days later, added that the White House is "very angry" because "the Americans probably have findings showing that our pilots indeed knew that the ship was American". Documents of the Israeli General Staff meetings, declassified in October 2008, show no discussion of a planned attack on an American ship.

On 30 October 2014, Al Jazeera broadcast a documentary film containing recent first-hand accounts by several survivors of the incident. The documentary argues that Israel knew the ship was American, and planned to blame its sinking on Egypt in order to draw the US into the war on the Israeli side. [...] 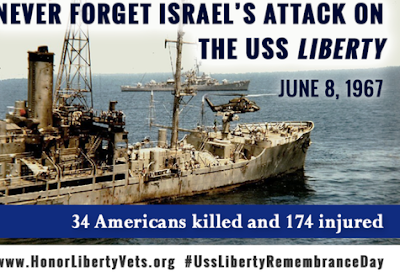 U.S. rescue attempts: At least two rescue attempts were launched from U.S. aircraft carriers nearby but were recalled, according to the Liberty's senior Naval Security Group officer, Lieutenant Commander David Lewis. Lewis made an audio recording and later wrote about a meeting 6th Fleet Rear Admiral Lawrence Geis requested in his cabins:
He told me that since I was the senior Liberty survivor on board he wanted to tell me in confidence what had actually transpired.
He told me that upon receipt of our SOS, aircraft were launched to come to our assistance and then Washington was notified. He said that the Secretary of Defense (Robert McNamara) had ordered that the aircraft be returned to the carrier, which was done.
RADM Geis then said that he speculated that Washington may have suspected that the aircraft carried nuclear weapons so he put together another flight of conventional aircraft that had no capability of carrying nuclear weapons. These he launched to assist us and again notified Washington of his actions. Again McNamara ordered the aircraft recalled. He requested confirmation of the order being unable to believe that Washington would let us sink.
This time President Johnson ordered the recall with the comment that he did not care if every man drowned and the ship sank, but that he would not embarrass his allies. 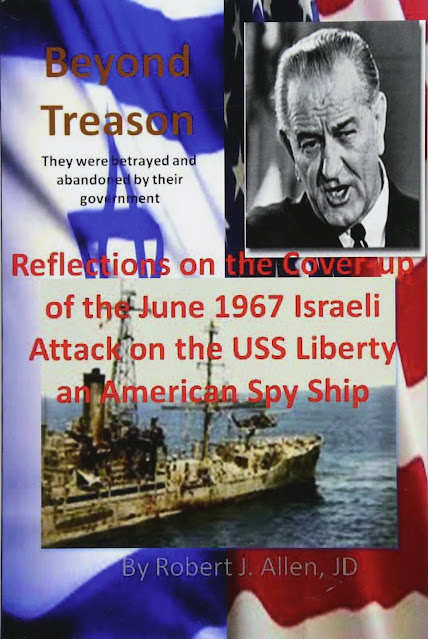 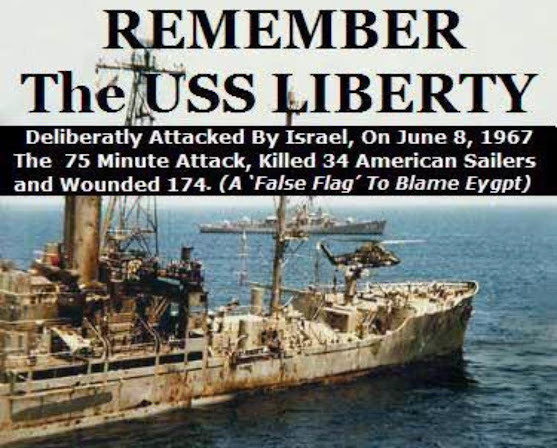 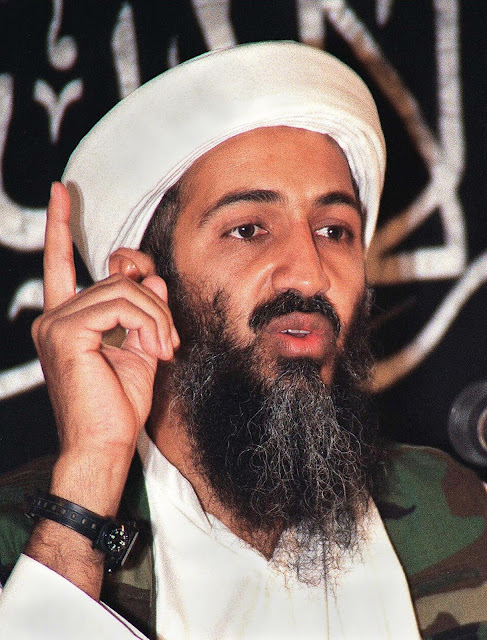 WTF had this man to do with Iraq that "justified" US invasion and occupation of a sovereign Iraq?
Posted by KTemoc at 11:34 pm