Not yet end of Seafield Inquest


KUALA LUMPUR, June 12— Lawyer Syazlin Mansor said today that she will continue representing the family of the late Muhammad Adib Mohd Kassim in the inquest into the firefighter’s death.

The lawyer, whom the Attorney-General told to withdraw from representing the Fire & Rescue Department and the Housing and Local Government Ministry in the inquest, also questioned why her appointment was disputed only when she brought in an expert witness who testified that Adib had been assaulted.

“The chronology of events that happened, in my opinion, clearly shows attempts to disturb the proceedings of the inquest, especially in relation to the testimony by expert witness Prof Dr Shahrom (Abd Wahid),” Syazlin told a press conference here organised by the Muslim Lawyers Association Malaysia. 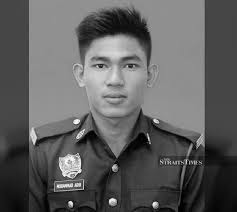 It's true, that circumstances surrounding the Seafield Temple Rioting Inquest showed, at least to me and mates, a reluctance to accept that poor firefighter Muhd Adib might have been killed by rioters.

Note I have written 'might have been killed' and not 'were killed' by ........ because until the inquest and subsequent investigations prove so, no one knows with certainty. 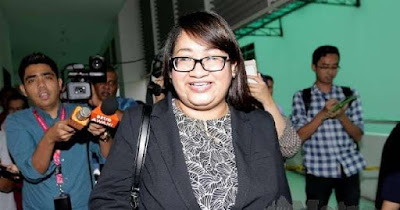 And precisely because of that, there is a deep suspicion that the inquest is too clinically "sanitised", well, until Syazlin came along, wakakaka.

Thus, Adib's family wants lawyer Syazlin Mansor to act on their behalf because she proved to be very competent and assertive in her interrogation of the HKL forensic expert, like a lawyer in a John Grisham novel, until that HKL forensic expert complained of being humiliated by Syazlin - eff him, wakakaka.