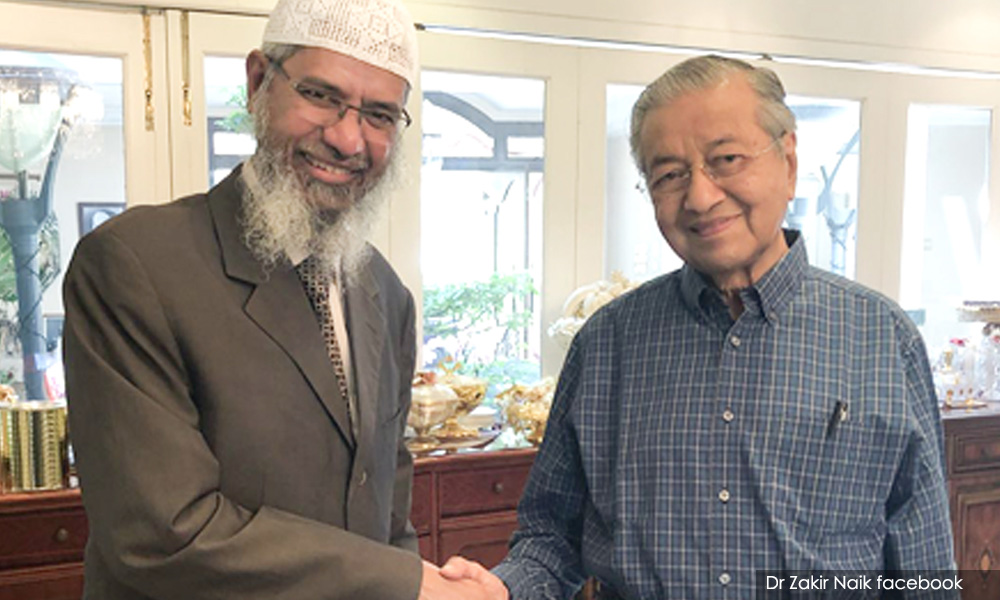 YOURSAY | ‘His comparison between Zakir and Sirul is misconceived, misleading and misses the point.’
Ramkarpal: Dr M's Zakir-Sirul analogy misconceived, risks bilateral tensions
Irene56: I am surprised that Malaysia cannot get convicted murderer Sirul Azhar Umar back as the “only reason Australia is refusing to extradite Sirul was that the former Special Action Unit (UTK) commando faces the death sentence in Malaysia which Australia has a policy against”.
Why can't Malaysia do what the Singapore government did with Michael McCrea?
An extract from the above article: “Known for its tough stance on crime, Singapore maintains the death sentence for murder and drug trafficking. Australia is a staunch opponent of the death penalty and bans extradition of people who could face execution.
“In June 2002, Singapore promised Australia it would not impose the death penalty if Michael McCrea were found guilty.”
Can't the Malaysian government give the same undertaking?
Here’s another recent undertaking by the Singapore government (where it agreed to a request by UK not to cane a British suspect if found guilty should he be extradited to face trial).
Anonymous_gem49: Prime Minister Dr Mahathir Mohamad, I am curious as to why you are so determined to protect this Islamic bigot and shyster (Zakir Naik).
You shame us in the face of the world by your illogical reasoning. What hold has this zealot have over you?
Anonymous_cdb4fb5d: Mahathir is sucking up to Zakir to please the Malays, but he won't get the Malay votes and he will lose non-Malay votes.
Big Data: The problem is that the people are easily swayed by Zakir for lack of true leaders. When fakes know it, they will twist their story for the support of the gullible, including leaders dying for votes.
As for our relationship with India, if it stops importing Malaysian palm oil, the leaders will have to drink it themselves.
Vent: Just when many of us were willing to give Mahathir the benefit of the doubt that the appointment of Latheefa Koya is in the best interests of the nation in fighting corruption, despite opposition on 'political' grounds, the old man has proved yet again that he is incorrigibly recalcitrant.
Mahathir clearly doesn't want to erode the support of a fragile Bersatu base and be vilified by the Malay mob and the mad mullahs.
Zakir isn't an asylum seeker. He is wanted back in his own country for the alleged crime of money-laundering. His other nefarious work includes making hate speech and acting as an agent provocateur.
Do the right thing, Mahathir. Salvage your reputation as a champion of the rule of law by respecting the extradition treaty we signed with India.
In India, he can expect a fair trial despite your warped logic on what might happen to him. In China, he would have disappeared by now, like many of his Muslim brethren.
But if it were China, Mahathir might have to comply pronto for fear of economic repercussions. What if India punishes us by not buying our palm oil?
By the way, can the attorney-general weigh in on this matter?
Anonymous_aa47cdd4: Whether Zakir receives a fair trial or not is not for the Malaysian government to judge. He is a wanted man, so he should go back and clear himself.
Wsoi: Indeed, if Malaysia follows strictly the policy of no interference in the internal affairs of other countries, why and who are we to question the fairness of another country's legal system?
Frankie: Thank you, Bukit Gelugor parliamentarian Ramkarpal Singh, for correcting Mahathir's misconception. Mahathir must listen to the voice of conscience and deport this alleged criminal back to India and let him defend himself there.
Malaysia has got no business to query whether the legal system there will be fair or not.
Anonymous_1399778124: The comparison between Zakir and Sirul is misconceived, misleading and misses the point.
I think Mahathir is beginning to lose his edge badly, judging by the egregiousness of recent mistakes.
Grrrrrrrrrrrrr 2019: Yes. A bizarre comparison. I am sure Dr M knows it and is just ignoring it.
Anonymous_b3cdcd05: The disgusting part of this Zakir Naik fugitive saga is that a matter purely concerning law and order appears to have turned into a racial and religious issue.
Malaysianmalaysian: “The prime minister was reported as saying then that Malaysia had no choice but to do so as Thailand had requested (Thai activist) Praphan (Pipithnamporn) to be extradited.”
Exactly. Mahathir should do the right thing now and adhere to India's request. No double standards, please.
Anonymous_be07867c: Mahathir said Thailand was our friend, so he had to oblige by sending Praphan when Thailand asked for his extradition.
But isn't India a friend of Malaysia, too?
Apollos: Dr M is cherry-picking. Just like which promise in the Pakatan Harapan manifesto he will keep and which he will ignore.
Expediency is the name of the game.
Kader: Either Mahathir is unable to tell the difference between an apple and an orange, or he is playing to the gallery and risking the country's bilateral relations.
Shibboleth: Mahathir is a master of syllogism. What Mahathir said is equivalent to this: “A dog has four legs. A cat has four legs. Therefore, a dog is a cat.”
Posted by KTemoc at 11:22 am