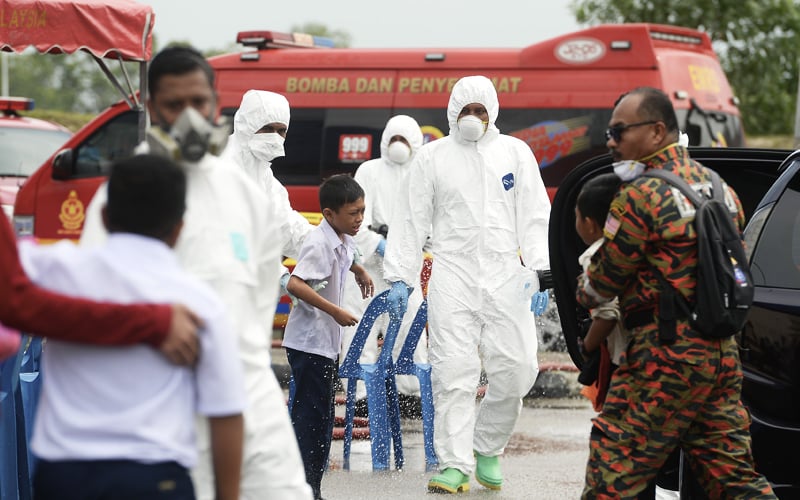 The opposition in Malaysia today is in a pathetic state. With so many of them under investigation or charged with corruption, I think they are in the least position to monitor the government’s actions and performance.
For those not under investigation, it is unfortunate that many of them are wallowing in their own religious and racial utopia to be of any use to the people. They would prefer to stay in their own cocoon than to be concerned with substantive matters affecting public policies and the well-being of the people.
Because of opposition’s apathy and the absence of vociferous voices like in the past when Barisan Nasional (BN) was in power, I can almost sense that the new government is regressing quickly. There is a general lack of impetus to handle pressing national issues. Everything is lackadaisical, lethargic and lacking a sense of urgency.
Just take a look at the pollution in Johor and other parts of the country. I would have expected the new government to be much more resolute and effective in handling this problem than in the past. But I see no difference compared with the attitude of the previous government.
The same goes with the way we handle Lynas. It was a big election issue but since then this problem has gradually withered. Does the new government have a new perspective of this problem? If so, can we hear more about it? I believe public safety and interest should take precedence over strategic and profit considerations.
What about the endless landslides? Should we rename Penang “Landslide Island”? Again, with the federal and state governments under the same coalition, I would expect better coordination and higher ethical and compliance standards all around. Thus far, it has been one disappointment after another.
What about disorderly and high-density development? Have we discerned any significant change in this regard? Have we seen less of vested interest groups taking precedence over public interests? We were very unforgiving of the BN government when it came to haphazard development. I hope we can impose the same standards for the present government.
Then we have high-profile cases such as Teoh Beng Hock, Pastor Raymond Koh and Amri Che Mat which have remained unresolved. Before the election, most people were of the view that these cases would never see the light of day if BN remained in power. Now we have a new government, but I think the feeling of déjà vu has come back to haunt us all over again. We have probes over probes with nothing much to show.
Maybe I am just a simpleton – I always thought that if we had a new home minister, a new IGP, a new MACC chief and a new AG, we would be able to solve all the “unsolvable” cases. I think I was being naïve.
Even for the schoolgirl caning case, should the parties involved just meet and make up, pretending that nothing happened? What problem resolution is this? I don’t think it is so simple. There are rules and regulations and there are consequences of one’s actions. What if similar cases happen in the future? What precedence shall we use?
Posted by KTemoc at 8:03 pm