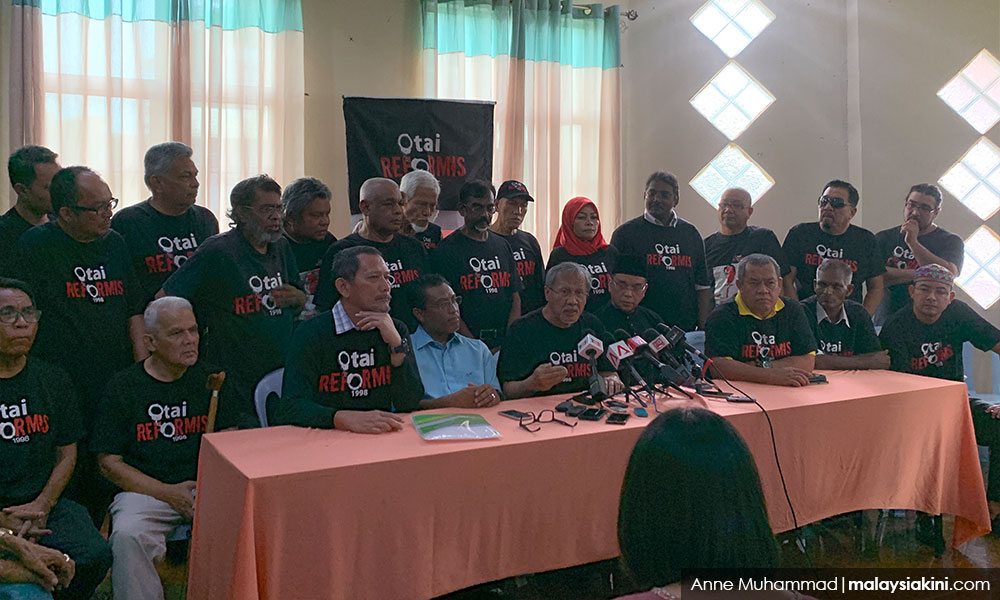 Otai Reformis has called on Dr Mahathir Mohamad to provide a clear timeframe for handing over the prime ministerial post to PKR president Anwar Ibrahim as previously agreed.
Its chairman, Dr Idris Ahmad, said the call was made because his side saw Putrajaya's "murky' performance.
"Are Malaysians really satisfied with the government's administration in Putrajaya?
"The confidence level, investment, economy, it's all sliding (under Mahathir) so how long will we wait (to hand over the post of prime minister to Anwar)?" he said at a press conference in Bangsar today.
Idris said he did not rule out the possibility of taking to the streets if Mahathir failed to fulfil his promise to hand over the post.
Idris also claimed that while Pakatan Harapan had formed the government, the "spirit of justice" in the new administration under Mahathir was diminishing.
"Our hair was black, and now it is white. We have reached Putrajaya but the voice, culture and the spirit of justice are very low.
"Our cause was just and we played a role in building the New Malaysia," he said.
Posted by KTemoc at 7:24 pm