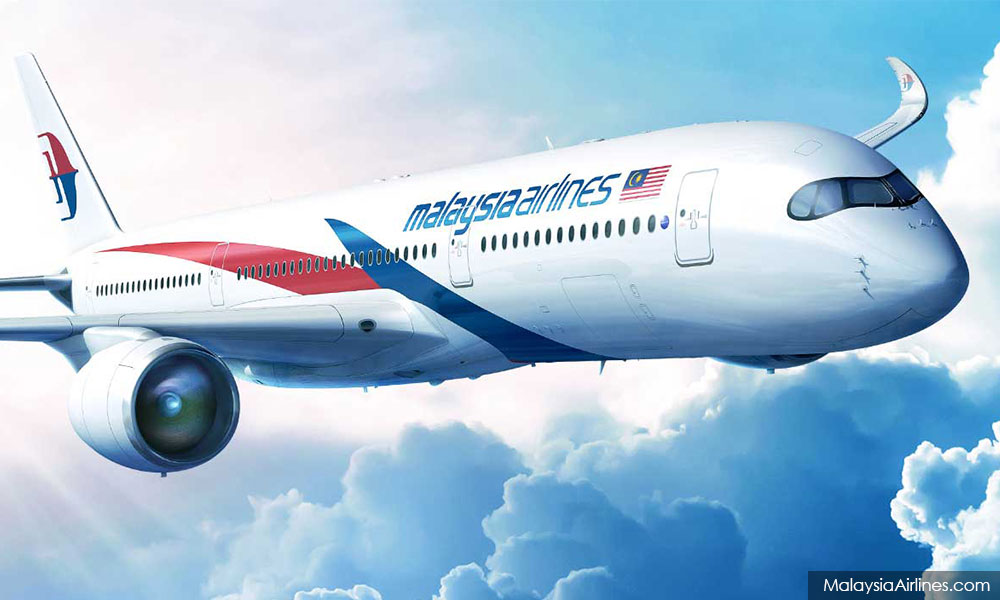 YOURSAY | ‘MAS’ legacies personify the worst of crony capitalism.’
Yoursay: Jomo: Tough to resuscitate MAS in current business conditions
Malaysian: 2017/2018 profits for American Airlines: US$1.15 billion; United Airlines: US$962 million; Delta Airlines: US$805 million; Southwest Airlines: US$563 million.
The root of the Malaysia Airlines’ problem lies in Prime Minister Dr Mahathir Mohamad's horrible legacy. Mahathir took a profitable MAS and gave it to his crony, Tajudin Ramli, for a song.
It was the same with Proton. Look at Proton under Geely leadership. It is already profitable within two years.
We need to do the same with MAS. Forget the crony-race factor and you will have success. Everything is about good leadership - it begins and ends with this.
Teh Tarik: It's AirAsia which has made Kuala Lumpur a major airline hub in Asia. MAS has played second fiddle to AirAsia.
In the recent Skytrax survey, the ranking of AirAsia (a budget airline) was much higher than MAS (a full-service airline). Shame on the management of MAS for its dismal ranking.
Just close the airline and save taxpayers’ funds. MAS today is of negligible strategic importance to the country. Instead, it is a huge burden on the nation's coffers.
Why the hell should anyone listen to the veterans of the airlines. It is not their money that is being used for bailouts.
Vent: Abdul Aziz Abdul Rahman (CEO and MD at MAS from 1982 to 1992) was just plain lucky he took over from Saw Huat Lye, the first chief operating officer (1972–1982) who is reported to have said, “We were the underdogs.... We had to do everything ourselves, design our logo, decide on toothpicks, learn to create a flight kitchen ... our families did not see us for almost two years. Our home was our office. Every Sunday, every holiday, we worked.”
That was the reason - i.e, hard work - that MAS took off three months ahead of schedule on Oct 1, 1972, with help from Qantas experts.
Abdul Aziz should be grateful he had an easy ride on the back of the hard work put in by Saw and others.
Abdul Aziz was the company secretary and director of legal affairs from 1971-81, but likes to crow about how he, as CEO, turned the airline into a household name, and is largely credited with its success too, thanks to the revisionist writing of our past by the ketuanan press and academia.
Abdul Aziz shouldn’t be barking from the sidelines, especially after Mahathir handed it over to a favoured Malay entrepreneur, Tajudin Ramli, who had to contend with diminishing returns he simply couldn’t handle, and F&B (food and beverage) vendors and cleaning and waste disposal contractors who were bleeding MAS.
Thana55: Spot on economist KS Jomo. Abdul Aziz, please do not pretend to be the man during the successful years. Saw Huat Lye is the person who should claim that credit.
There is no more niche in the airline industry for MAS to tap in a commercially viable way. Further, with so many low-cost carriers, KLIA is not a hub airport like Changi, Hong Kong or Bangkok.
It is a different ball game now. So my advice to the government is sell MAS.
Tidak Harapan: Indeed, you don't resuscitate a body that is comatose. You put it out of its misery in the name of taxpayers.
Bumiputera-ism and cronyism have combined to kill off this airline in a very competitive industry.
The lessons of the past have not been learned.
The stubborn, fossilised policy of Mahathir continues unabated in relation to MAS and the national car.
Alunan Ombak: Let it go! Already, too much bleeding; already, too frequent blood transfusions. The body is spent and wrecked beyond repair. It is suffering from chronic lethargy.
How long more can our irrational, foolish government maintain its life support? It is time now to pull the plug. Foolish pride, Mahathir.
Salvage Malaysia: Cathay Pacific is not known as Hong Kong Airlines, and it’s owned by Swire Pacific, not the Hong Kong government.
Why is PM so fixated for any potential investor to stick to the national identity? If someone is going put in billions, he should have a free hand to rename the airline to remove the stigma. That’s why you have AirAsia and not Air Malaysia.
Anonymous_1399778124: Let's call a spade a spade. The last few times the government bailed out MAS, it was handed to cronies. So who's to blame?
It was as if government coffers were bottomless. So we inherited the culture and problems from those days. And it will take more than a spade to clean the mess. This is why the rakyat are angry.
AnotherKomenter: MAS’ legacies personify the worst of crony capitalism of the past. Its feasibility and survival will be decided by how much political will Mahathir can marshal to make unpopular decisions based on rational common sense.
The common sense is stop thinking that MAS can be profitable if it’s run like a plaything of politicians with confused racial, religious and political agendas.
Posted by KTemoc at 8:33 am