No, Major Zahir’s death was NOT an isolated incident


PETALING JAYA: The Malaysian army today confirmed that the death of Major Mohd Zahir Armaya, who was shot during a demonstration at Lok Kawi Camp earlier this month, was an isolated incident.
In a statement, it said investigations had concluded that the weapons and equipment involved were in working condition.
It said disciplinary action would be taken against the individual who had fired the shot, and that standard operating procedures would be updated if necessary.
Zahir, the son of veteran comedian and actor AR Badul, died on Sept 4. He was shot during a demonstration to mark the launch of the Fifth Division and 13th Brigade of the Malaysian Infantry.

The army said Yang di-Pertuan Agong Sultan Abdullah Sultan Ahmad Shah had given the green light for Zahir to be posthumously promoted to lieutenant-colonel.
It also said it would continue to provide assistance for Zahir’s family.
Zahir is survived by his wife and five children, the oldest of whom is nine.
*********
kaytee notes:
Posthumously helping the poor Major's family is good, but sad that such help comes after a very tragic accident.
But what I cannot understand nor accept, and nor anyone else, is the Malaysian Army's avowal that "... disciplinary action would be taken against the individual who had fired the shot, and that standard operating procedures would be updated if necessary."
There has been a tendency or indeed proclivity towards blaming "someone", "anyone" when sh*t happened. But in most cases, the sh*t occurred because of systemic problems, in other words, the fault would be from a series of direct and indirect failures within a system.
Taking the clearest example of aircraft crashes, in the earlier days, those crashes would in each case be attributed to the "pilot's fault(s)".
If we look at recent cases of B737 MAX crashes, namely, Lion Air Flight 610 on 29 Oct 2018 and Ethiopian Airlines Flight 302 on 10 Mar 2019, were they "pilots' faults"? Even a layman would have heard of the monumental software failures of Boeing's system, namely, erroneous automated commands by the B737 MAX new Manoeuvring Characteristics Augmentation System (MCAS). 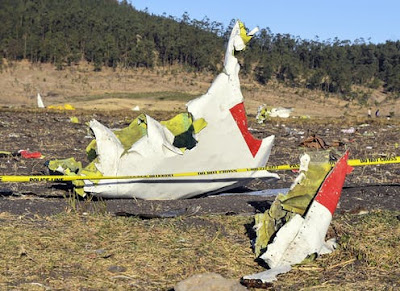 And within the makings of MCAS, how many more failures exist within the Boeing Company, for example, 'close-one-eye' by management, slips up by software developers, design faults, slipshod oversight, no independent checks, etc.
Thus 'systemic failures' are events within a SYSTEM that will or have contribute directly or indirectly to the ultimate failure, an air crash.
Thus, most industries have re-looked at the cause of crashes and/or accidents in a more and equally systemic manner.
Why should the officer who fired the shot that killed poor Major Mohd Zahir Armaya be the cause and end of the inquiry? I see him as a scapegoat.
If he fired the live round that killed Mohd Zahir Armaya, why was live round used? Was it authorised or S.O.P?
I heard that the Gerak Khas forces use live rounds in their exercises - if so, who made that order or policy? The list of questions probing into the systemic failures of the Malaysian Army may well possibly lead up to the standing orders/policies of the Panglima tentera Darat himself.
I abhor such scapegoating of a lower ranking officer just to quickly close the cause of the sad case.
In fact, the Malaysian Army itself admitted inadvertently to such systemic failures when it said (I quote from the above FMT report) , to with, "It said disciplinary action would be taken against the individual who had fired the shot, and that standard operating procedures would be updated if necessary."
Yes, read that again: "... and that standard operating procedures would be updated if necessary."
Nay, the case should NOT be closed yet.
Posted by KTemoc at 1:11 pm