A creative and constructive force, but increasing inequality and other social issues have left us miserable and overshadowed some of city’s achievements


It is not easy to measure happiness because, well, where would one begin? However, when we are happy, we tend to know it. And many would agree that Hong Kong is a very unhappy place these days as the city is choked by ongoing anti-government protests, and as a result, businesses have suffered in the political crossfire and society has become increasingly polarised.

But even before the unrest began in June, Hong Kong was not exactly a picture of smiley faces. Some say it was because of the housing crisis, a lack of upward mobility, inequality, an increasing wealth gap, and so on.

Hong Kong is one of the wealthiest cities in the world with GDP per capita standing at US$38,784 in 2018 and a jobless rate of 2.9 per cent. Health care is heavily subsidised by the government and people enjoy the highest life expectancy globally, with men expected to live for 81.24 years and women 87.32.

Despite these glorious achievements, Hong Kong seems to be stuck in a perpetual cycle of unhappiness, fluctuating between 71st and 76th in the World Happiness Index from 2015 to 2019. The index measures more than 150 countries.

But honestly, how do we measure happiness in a city or a country? In this digital age, there is no lack of inventive methods for measuring happiness. Researchers have even studied the online reactions of social media users, such as the positive or negative words they use in posts, emoticons, reactions, as well as facial expressions in photos like big smiles or certain “frown lines”.

There is even technology to analyse and grade facial expressions. For example, big grins score higher than tight-lipped smiles. But, we all know it is not possible to determine whether these smiles are genuine, so merely depending on superficial expressions is unreliable, especially when overly expressive behaviours are less culturally acceptable in some places more than others.

To truly measure happiness, we need to dig deeper than just looking at social media.

It is because a lot of times, people assume different personalities online and offline, which means no matter the frequency of posting smiley faces, kisses, and hugs, it does not necessarily reflect their genuine feelings. Sometimes it might even be the opposite of how they really feel inside.

Different cultures have different ideas of what makes them happy. A colleague jokingly said because Chinese people love pork to such an extent the national happiness index could be pegged to the amount of pork eaten – the more people eat, the happier they become.

China leads the world in pork consumption. The average Chinese person consumes almost 40 kilos of the meat annually, while Chinese diners account for half of the world’s pork consumption. Sadly, with African Swine Fever outbreak wiping out hundreds of millions of pigs in China, pushing up its prices by as much as 70 per cent in the process, it would probably mean the Chinese “Pork Happiness Index” has hit rock bottom.

In some countries, citizens find happiness in achieving a healthy lifestyle, a good work-life balance, having good health care and a safety net in society, as well as green living so as to create a more liveable environment for the future generations.

For many people, happiness is about very simple things in life such as health, harmony, a stable job, and stability for their family. One sure outcome is that happy people tend to thrive in life and their positivity often motivates others and benefits society at large.

Happiness is about positive emotions and positive experiences, both of which sometimes cannot be attained merely with wealth.

Hong Kong was a far less affluent society in the 1950s and 1960s, and the city began to reinvent itself economically from the 1970s. Back then, society was less materialistic and Hongkongers knew how to appreciate simple things in life, and knew how to find what was important to them.

We cannot lay the blame solely on the overemphasised identity crisis and hopelessness for Hong Kong’s collective unhappiness. Indeed, it is also about not knowing how to find and appreciate simple happiness, which is all around.

Decades ago, a family weekend outing would be a trip to an amusement park or a stroll in a park and ice lollies for the children. In the old days, people found happiness by simply doing family things and sharing experiences together.

Nowadays, it is common to see families sharing a sumptuous meal in a restaurant together, but just about each and every person at the table has their eyes glued to their phones, with no real personal interaction at all. 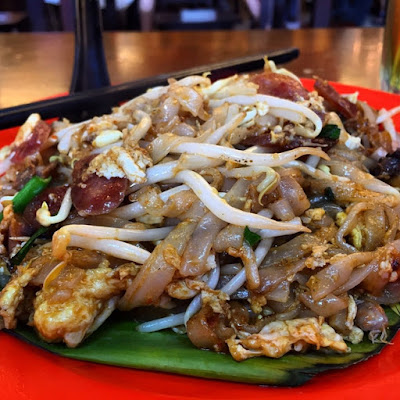 Being happy does not mean we feel happy 24/7, because it is impossible and unrealistic. However, happy people know how to bounce back and have the strength, resilience and determination to find opportunity to make a comeback, even in the most difficult situations.

Happiness is a creative and constructive force. If we are happy individuals and create happy families, the collective strength and determination will be unstoppable and will benefit society at large.

True Hongkongers know long-lasting happiness is the result of hard work, commitment, and solidarity in doing their work, building society up, and doing their utmost to protect and preserve what they care and cherish most: their homes and their city.