Hong Kong protesters have no shame

Maybe Britain or the US will come to Hong Kong’s rescue. And pigs might fly


Britain will not reverse policy and start recognising Hong Kong BN(O) passport holders as citizens. The US will not throw open its doors to Hongkongers.

No one is coming to our rescue. The only capital city worth visiting in a pickle is Beijing

A common expression to emphasise unlikelihood is that “pigs might fly”. It might seem a little old-fashioned, but a wave of porcine cynicism washed over me recently at the sight of a crowd outside the British consulate in Hong Kong.

They were calling for holders of
British National (Overseas) Passports to be treated the same as the holders of British passports. In effect, they wanted full British citizenship, including
right of abode in the United Kingdom. They even sang God Save the Queen to demonstrate their loyalty.

The unrest in Hong Kong has thrown up many strange sights – a former chief secretary urging sanctions against Hong Kong, otherwise intelligent people pretending the city could one day be independent, supposed triad gangsters beating ordinary citizens in full public view while armed police were nowhere in sight, but the consulate march gets a special prize for absurdity. For it ignores something that happened within living memory precisely to address the current situation.

In 1979, then-leader Murray MacLehose became the first British-appointed governor to visit the mainland since the establishment of the People’s Republic of China in 1949. He met China’s paramount leader Deng Xiaoping. Precisely what was said remains murky, except on one point: Hong Kong people should put their hearts at ease because the future would be fine. This message was duly passed on to the good citizens of Hong Kong.

Following the visit, the British government began to consider the possibility that there might be no role for the country to play in Hong Kong after
1997. It also foresaw a danger that post 1997, something might happen to cause Hongkongers to lose confidence in the territory and consider emigration.

Whitehall prepared for this contingency by introducing the British Nationality Act of 1981, which provided inter alia that with effect from January 1, 1983, residents of the various British Territories would have different residency rights. Their passports (British Dependent Territory Citizen ones for those not from the UK) would give right of abode only in the British territory from which they came. The Hong Kong-only BDTC passports were later superseded by BN(O) ones.

At one time, there were around 3.4 million people holding a BN(O) passport, but bit by bit as their uselessness became more apparent, renewals dwindled and by 2006, only around 800,000 were current. By 2017, the number had dropped further to 60,000. Most local people now carry the Hong Kong Special Administrative Region passport. Which brings us to the present day, with a Conservative prime minister leading a minority government struggling with Brexit.

There has always been a whiff of racism in UK immigration policy, particularly when the Conservatives held power but even if the Labour Party (which has anti-Semitism troubles of its own) were to take over, there is simply no constituency in UK politics for the sudden change in policy that the protesters want, because the potential inflow would quickly revert to the 3.4 million mark. Anti-immigration sentiment played a role in the Brexit referendum.

In any event, for nearly 40 years, it has been British government policy to exclude most Hong Kong people from UK residence if a confidence crisis arose here after 1997. What on earth makes people think the policy will be reversed now the very scenario which prompted it has come to pass?

Right of abode in Britain never on the cards for Hongkongers

Allied to the “UK as unlikely saviour” movement is a similar one involving the United States: A
march on the US Consulate, Stars and Stripes held aloft, strains of The Star-Spangled Banner resounding on Garden Road, placards calling for Donald Trump to save us.

Even – have these people no shame? – signs of “Trump 2020” calling for the re-election of this wicked man.

Have the demonstrators forgotten that he ran on an anti-immigrant platform? That he called Mexicans “rapists”? That he called the Charlottesville Nazis “fine people”? He wants to build a physical
wall to keep people out.

Trump is, no doubt, eyeing the problems here as a
wonderful stick with which to beat China, but it is fanciful in the extreme to suppose he would suddenly throw open the doors to large numbers of migrants from Hong Kong.

Are there any other candidates for refuge? Chancellor Angela Merkel in Germany, perhaps, especially after the country recently gave political asylum to two fugitives from Hong Kong. Am I the only person to remember how much political hot water Merkel got into when a million refugees were allowed into the country? These were people fleeing for their lives.

I really think it is time for some Hongkongers to forget their dreams that outsiders are going to ride in on white steeds and solve all our problems. The reality is we are part of China, now and forever more. The Basic Law gives us all we could realistically want.

Our best course of action is to cherish it, and nourish it. If we run into difficulties, the only capital city worth visiting is our own in Beijing. Not Washington, not London or Berlin or Ottawa or Canberra. If we get that relationship right, our future is secure. If we fail to do so, then none of the others will matter very much.

Let us not waste our time searching the skies for flying pigs. Rather let us keep our feet on the ground and focus on bringing home the bacon. 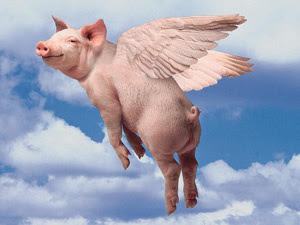 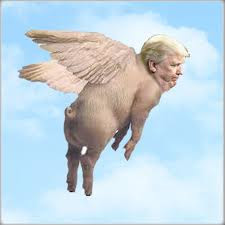 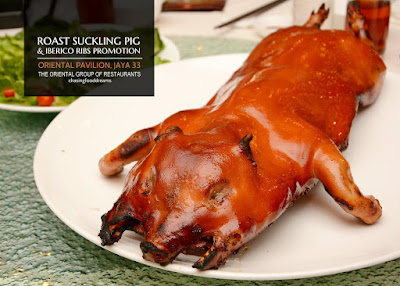