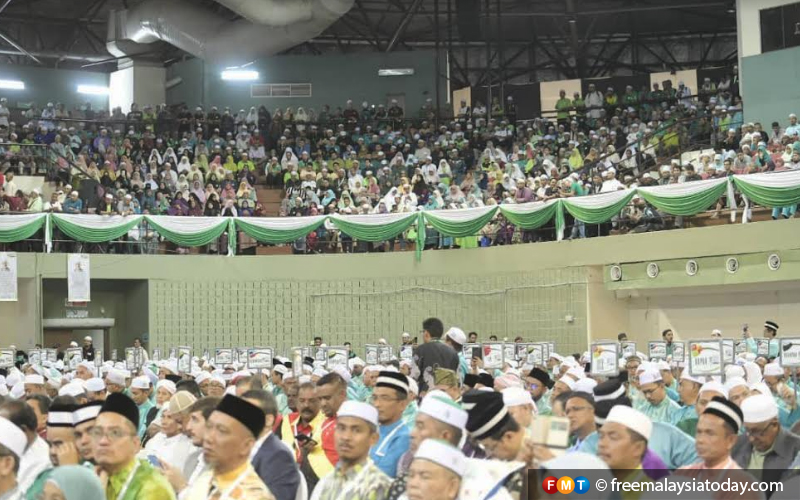 KUALA LUMPUR: Sociologist and veteran politician Syed Husin Ali spoke today of how the spirit of PAS has been reduced from the nationalism and social fairness at the time of its early leader Burhanuddin al-Helmy, and narrowed to religion and antagonism towards others of PAS today.
“During the time of Burhanuddin, PAS was quite progressive. There was an aggressive spirit of nationalism and acknowledgement of social fairness for other groups – other religions and other races and such.
“Now it is so different. The spirit of nationalism spirit has been reduced, the religious aspects are too narrow and antagonism towards non-Muslim and non-Malay groups is strong.”
He said the new alliance between PAS-Umno, sealed last week, would further amplify their Malay and Muslim-centric characteristics.

Although PAS claimed to be inclusive, having non-Malay wings within the party, Syed Husin said they had no voice. The non-Malay chapter was no longer as much included in party activities as before. Many had left because of the current direction of the party.

Syed Husin was speaking to reporters after a forum on remembering Burhanuddin al-Helmy’s contributions in history. Burhanuddin was president of PAS from 1956 to 1969, when it was known as the Pan-Malaysian Islamic Party.
He replaced Abbas Alias and was eventually succeeded by Mohd Asri Muda after his death.
Under Burhanuddin, PAS was seen as being anti-colonialist. It was said during the forum today that he had succeeded in bringing the party forward with his progressive ideas. He was also often characterised as being left-wing.
According to official records, his leadership was interrupted in 1965 when he was jailed for a year under the Internal Security Act for allegedly plotting to overthrow the Malaysian government, to replace it with one that was more friendly to Indonesia
Syed Husin said Burhanuddin should be remembered as proof that there were other historical icons besides those from Umno, who had fought for Independence.
He called for greater open discussions on “alternative history” that spoke of Burhanuddin’s full contributions (that are not officially recognised).
“Not to say that history should be re-written, but it should be reviewed, and if necessary, history should be made into one that is more balanced – not sided to one party. It must tell the story of all parties, not just one political group or race.”
Posted by KTemoc at 10:06 am