PETALING JAYA: The Indian government has challenged Dr Mahathir Mohamad’s claim that no extradition request was made for controversial preacher Dr Zakir Naik when the prime minister met his Indian counterpart in Russia earlier this month.
External Affairs Minister S Jaishankar said the issue was raised during Mahathir’s meeting with Narendra Modi in Vladivostok on Sept 5.
In a report by The Indian Express, he also said India had requested Naik’s extradition from Malaysia in January.
“We want him back, and that is what we are working towards,” he was quoted as saying.
Naik, who is wanted in India for questioning, was granted permanent resident status in Malaysia by the previous Barisan Nasional government.
He recently created a furore through his remarks about Indians and Chinese in Malaysia, and has been barred by the police from speaking in public.
He has since apologised, but says he was a victim of a vilification campaign.
In an interview with business radio station BFM yesterday, Mahathir said Modi had not asked for the preacher’s return during their recent meeting. 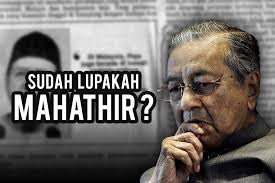