KUALA LUMPUR, Sept 29 — Senior DAP leader Ahmad Ton has passed away, his party has confirmed. He was 70.

DAP political education director Liew Chin Tong conveyed his condolences at the passing of the party stalwart, who died today.

In a media statement, Liew said that Ahmad will be remembered for his “strong will” to fight for a better Malaysia.

“The journey of DAP in the former Barisan Nasional fortress of Johor was never easy for our veterans. Being a Malay in DAP in the previous Johor political milieu was doubly hard for Sdr. Ahmad Ton.

“It was Sdr. Ahmad Ton’s strong will and a warrior’s pursuit of permanent struggle for a better Malaysia that paved the way for Pakatan Harapan to finally win nationally and in Johor in 2018.

“My deepest condolences to Sdr Ahmad Ton’s family for their loss. And, on behalf of DAP, I am deeply grateful to Sdr. Ahmad Ton for his loyalty, service and sacrifices. 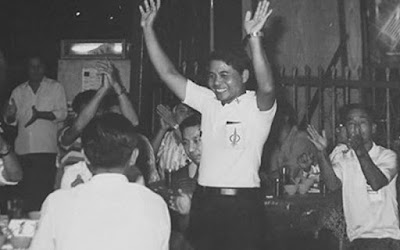 “Thank you, comrade, and farewell, my friend,’’ he said

Ahmad Ton had held various positions within the party such as DAP Johor state chairman and vice-chairman and was even appointed to the party’s Deputy Secretary-General post from 2004 to 2008.

He was also a long-time member of Johor DAP state committee and has been the party’s central executive member from 1982 to 2012.

“Since his maiden attempt standing for election in 1982 until 2008, Sdr. Ahmad Ton fearlessly contested the most difficult of seats (including former Barisan Nasional strongholds Tanjong Piai and Labis). Those years were the darkest hours for DAP, but Sdr. Ahmad Ton firmly stood by the party,’’ added Liew. 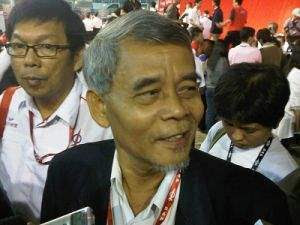 None of PhD, DSc nor the new mighty MBA
Just his heart, soul and dedication he gave
In his old party's new glory what did he say
Nary a word, as quietly he went to his grave

All that no longer matters as he very bravely
Strides forth into a world to be with Allah swt
Whilst others venture into the Hall of Valkyrie
Ahmad Ton, Al Fatihah, our hero, our matey

For a Malay pioneering most courageously in the un-Malay world of DAP politics, he was amongst sterling company like Ahmad Nor, Che Rose Abdullah & his son Yeop Adlan, my Penang lang Zulkifly Noor and many others.

Though Liew Chin Tong eulogised charming and comforting words in his obituary for Ahmad Ton, I wonder how many DAP members appreciate and hold dear the magnificent efforts and sacrifices of Malay pioneers who dare(d) to buck mainstream Malay politics to join the DAP.

I wonder whether Lim Kit Siang has the courage of Ahmad Ton to face his greatest (real) challenges, speak up bravely and not succumb to his greed and avarice for power and remain quietly as a mouse, and to do the rightful things. Be like Ahmad Ton.