A tale of two Merdekas 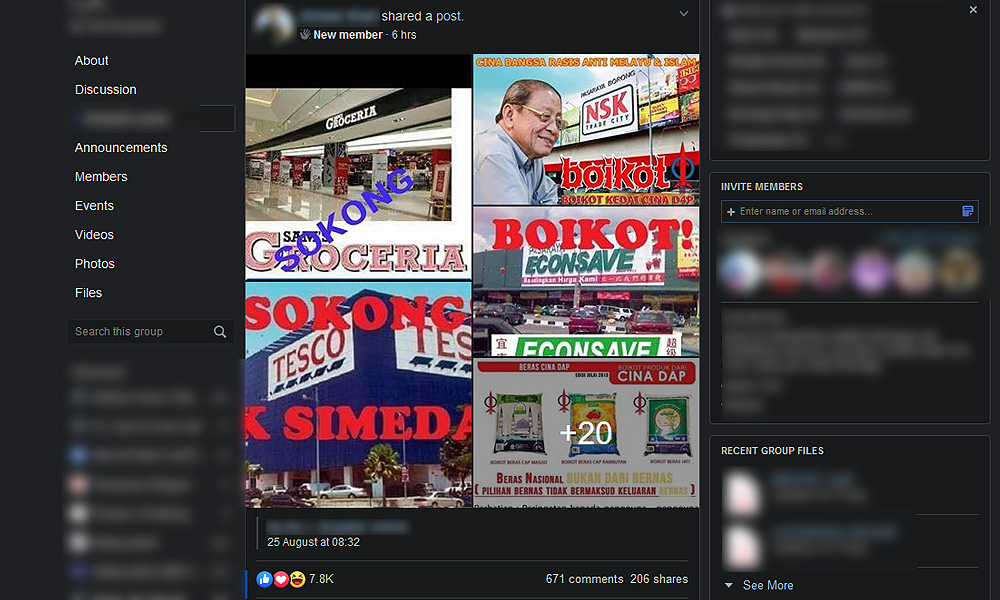 COMMENT | This is a tale of two Merdekas.
I was on holiday in Kuantan on Aug 31, when I decided to press scan on my FM car radio and it landed on 107.9MHz.
I heard this guy speaking in a very lively, almost sing song way, saying Muslims should buy from other Muslims, even if they have to pay more.
Non-Muslim shops can sell something at RM1, but Muslim shops may have to sell it at RM1.10, because they don't have a chain of outlets.
Buy from the Muslim shops, urged the ustaz (that's what he called himself), pay that extra 10 sen because that's your "jihad ekonomi" (economic crusade).
I was taken aback by this Merdeka Day message. The station 107.9MHz in Kuantan was Radio Klasik under RTM (it's 87.7MHz in KL). This was a taxpayer-funded government radio station that broadcasts nationwide, not a radio station set up by PAS.
I don't know how much control Gobind Singh Deo has as communications minister over what RTM broadcasts, but I wonder if this was an example of how the “deep state” is quietly undermining Pakatan Harapan’s and Amanah’s vision of “rahmatan lil alamin” or “Islam brings blessings to everyone.”


It was doubly strange because Dr Mahathir Mohamad, in his Merdeka message, was preaching, "When we say something, we need to be sensitive with each and every race."
It was a tale of two Merdeka bipolar messages, one for Malaysia Lama, one for Malaysia Baru.
Viral fires are hard to control
As I was on holiday, it was only later that I caught up on the news and realised this was part of the 'buy Muslim first' campaign.
Some politicians have claimed that it’s just a rather “harmless” programme for consumers to support certain products. But on Facebook, it’s a different story.


For example, one post dated Aug 25 had a big red 'boikot' splashed onto a Wendy's logo and, next to it, an equally loud 'sokong' for the A&W chain.
The reason, I suppose, is that the franchise holder for Wendy’s is Vincent Tan. The call to support A&W Malaysia probably stems from the fact that Umno-linked KUB group was the franchise holder – but back in September 2018, KUB had sold it to businessman George Ang.
Were the boikot-ers 11 months too slow to switch their campaign targets after the owners had changed?
Or was it like one of those chain WhatsApp messages still asking for help to trace some missing person years after he/she has been found? What happens if Wendy’s is later sold to a Muslim tycoon after the boycott messages have long gone viral?
I can tell you the answer to that because the same post urges a boycott of that great American symbol: McDonald’s. The irony is that the McDonald's franchise in Malaysia has, since Dec 2016, been owned by the Lionhorn group of the very Muslim country of Saudi Arabia.
According to the KiniGuide on the issue, it appears that some photos had been recycled from the 'Boikot Barangan Cina DAP' campaign of 2013-2014.
Too bad, because things gain an infectious life of their own on social media and it’s hard to retract them. In other words, once viral fires are set online, they can cause damage in unpredictable ways.
Will boycotts discourage investment?
In our modern economy, when the owners and staff are often mixed and multiracial, what qualifies as a truly 'Chinese company' or 'Malay company' anyway?
What if the founder is Chinese, but 50 percent of the workers and managers are Malay? Do boycotters want to cause their fellow Muslims to lose jobs?


For hypermarkets, the campaign asks Muslims to boycott 'Chinese' Econsave and to support Tesco, supposedly because it’s a joint venture with the 'Malay' company Sime Darby.
But hold on, isn’t Tesco a British multinational company with its headquarters in Hertfordshire,? The country of our non-halal former penjajah? Wouldn’t it be better to bolster Econsave, which is owned by Malaysians?
Some people have told me that this is a politically-linked boycott. Is this the kind of environment to encourage more investment in our economy?
We need each other
Others say these kinds of boycotts have happened before, and it would soon blow over. Well, maybe. But every drop of suspicion eventually does build up into a mug, or maybe a baldi, of fear. What happens when that spills over?
A friend, David Wu, recently posted the sad fate of a famous mee rebus stall called Mee Abu that had operated inside a Chinese kopitiam at Lorong Panglima, Alor Setar.
In his youth, business was bustling for both the noodles stall and the drinks provider. But eventually, the Chinese owner had to sell off his business as Muslim customers were worried his drinks were “tainted.”
Wu said the “peddlers of insecurity won over common sense... as a Kedahan, you cannot imagine the dismay I felt hearing of such division within our community. We were never like that, but I guess the agents of segregation have won.”


Back in the 1970s, I remember it was still common to see Malay food stalls inside Chinese shops selling nasi padang to Malay customers. That seems to have mostly disappeared in the larger towns of West Malaysia (but not Sabah and Sarawak).
The problem with racial-religious buying campaigns is that Malaysia is a small country to start with, and this will only break our market into even smaller segments. How can we then compete with our bigger regional rivals?
How far will this campaign go? Will Muslim shops cut off all non-Malay suppliers? Is the target just local Chinese businesses? What about those from China?
If sentiments worsen, what if non-Malays withdraw their money from “Malay banks”? Or worse, shift it overseas?
We are too interdependent and interlinked to risk campaigns that may tear apart the economic fabric of our country.
Buy Quality First, not Religion First
So it’s not very productive for political and religious leaders to support the buy Muslim first/boycott non-Muslims campaign. And one may ask, are they also supporting leaders with un-Islamic habits, such as corruption, that have damaged the country in far worse ways?
Coming back to the boycott of some fast food chains,  should we be eating processed meat burgers and sugary soft drinks which we all know are not exactly healthy? Maybe the campaigners should focus instead on strengthening the vitality of Muslims by encouraging them to eat healthier food?
We should all buy things based not on the idea of religion first, but on the principle of Malaysia first. And especially based on quality first.
I don't agree with this campaign because of one big selfish reason – I really like Malay food. During my recent trip to Pahang, I had patin masak tempoyak in Termerloh, ikan bakar sambal petai at Tanjung Lumpur, Kuantan and sate bakar at Kuala Pahang.
The beauty of Malaysia is its delicious diversity of cuisine and I don't want a Chinese counter boycott to make it awkward to tuck into my favourite Malay dishes.
Similarly, there are halal versions of Chinese foods such as pau, mooncakes and tau foo fah, which Muslims can enjoy. So let’s all buy food based not on fearful ethnic sentiments, but on the joyful principle of #SedapFirst !
It’s been 62 years since 1957 and it’s about time we stop having two Merdeka messages. Let’s liberate ourselves from our racial boxes and celebrate independence as one nation – where each of us needs everybody else to succeed.
ANDREW SIA is a veteran journalist and editor who prefers teh tarik khau over tepid English tea. You can add milk, sugar and halia to his drink at tehtarik@gmail.com.
Posted by KTemoc at 11:50 am