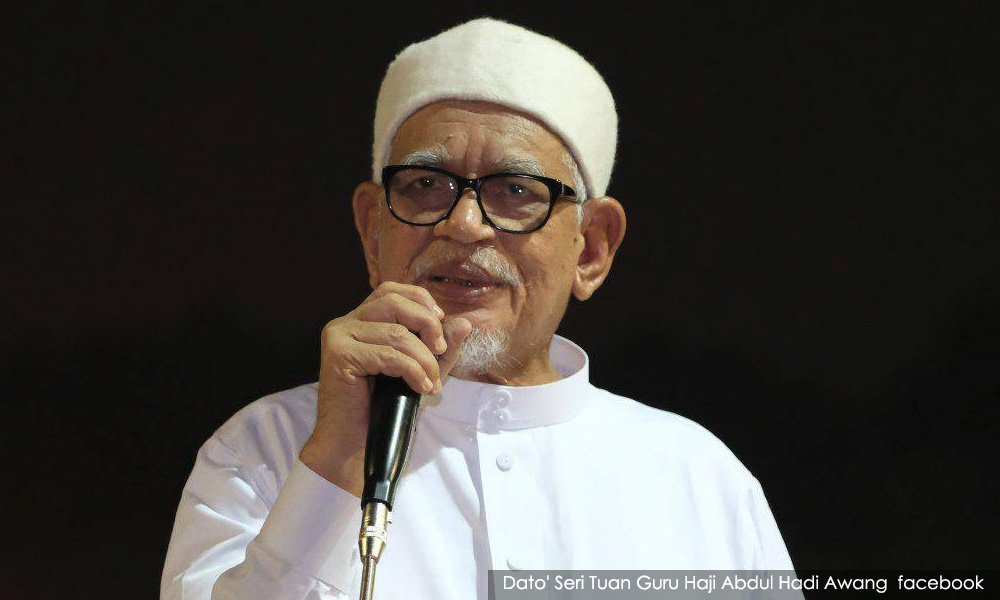 “Freedom of speech is always guaranteed, but within it, there should be freedom with responsibility. Any form of freedom which has been misused or abused for any contribution of hate and which deteriorates race and religious harmony could be considered an abuse of that freedom.”
– Mujahid Yusof Rawa, Minister in the Prime Minister's Department
COMMENT | I am against most forms of “hate speech“ laws, believing there are enough restrictions in place to curb speech deemed detrimental to the individual or collective reputation, or laws restricting the dissemination of information because of national security. In other words, there is no need for sanctions which restrict certain forms of speech that groups may find offensive.
The only time I have departed from this, is for Dr Zakir Naik because I believe he is a threat to national security, and I am one of those people who believe that adherence to principles of free speech is not a suicide pact.
Having said that, the Pakatan Harapan government has promoted the idea of hate speech laws ever since they came into power. Harapan politicians are always talking about the hate speech of the opposition. Numerous advocacy groups, which at one time believed in free speech, are now clamouring for hate speech laws that would ensure that our "fragile" peace remains intact.
Harapan politicians, with the exception of certain DAP members, always talk of hate speech in the abstract. It is the same when it comes to religion. These politicians always talk in platitudes and bromides. Hate speech is causing disunity or hate speech is used by the opposition. Very few, certainly not the Malay politicians, especially on the ministerial level, call out or single out individuals who have made hate speech part of their political rhetoric.
The most recent example is PAS leader Abdul Hadi Awang’s comment that the DAP wants wealth for the Chinese and not for all people diatribe. To any rational person, this would be considered hate speech, the kind of speech our prime minister claims is a deliberate attempt to tear communities apart.
Indeed, with regard to my "threat to national security" caveat when it comes to free speech, an old comrade of mine (a bumiputra) from Sarawak, who has similar views as mine on free speech, said that Hadi, like Zakir, is a threat to national security. This friend, who still works in the security apparatus, said that what Hadi was doing was a deliberate attempt to wreck the social fabric of Sarawak. “What is the government going to do about this?” he ranted at me.

This is the problem with hate speech in this country. When he was still in Umno, the prime minister said that demonsing the DAP (a proxy for the Chinese community) was fair game in politics. It was only after he joined the then opposition that Dr Mahathir Mohamad realised that he was mistaken.
He said: “So the Malays fear DAP. I myself had, to some extent, contributed to the poor reputation of DAP. I portrayed it as an evil party that wanted to control Malaysia and one that did not care about the fate of the Malays... If we want to win, we must demonise the opponent. They also did the same to me.”
Of course, Hadi may still be bitter about the fact that the DAP is on record – Lim Kit Siang anyway – of accepting the late Nik Aziz and Fadzil Noor as PM-designate candidates, but not someone like Hadi:
“What I said yesterday was that the reason why Hadi and other PAS leaders are telling lies about the DAP being anti-Malay and anti-Islam was because the DAP had refused to support Hadi as the prime minister candidate for Pakatan Rakyat in the 13th general election in 2013.”
Hell hath no fury like an extremist scorned.
Coming back to this idea that some Harapan politicians are gung-ho about hate speech laws, but as yet cannot even bring themselves to comment on specific cases and personalities, should tell you everything you need to know about what they consider hate speech.
Has there been any politician in Harapan who has said that hate speech laws should be applied to someone like Hadi? Has there been any politician from Harapan who has said that the kind of campaign polemics which demonises certain communities and religions would be subject to hate speech laws?
Disagreeing with what Hadi says, even in the most weaselly of ways, is not the same as condemning his rhetoric as hate speech, and reminding people that Hadi’s rhetoric is the kind of speech that would be sanctioned by the state's proposed hate speech laws.
While we have seen numerous reports made against people insulting Islam and the royalty, the only people who have been making police reports about hate speech are non-Malay politicians against people who should find themselves on the sanctioning end of hate speech laws, but who seem to be enabled by the Harapan government.
So the home minister and the deputy prime minister can bleat all they want about not tolerating hate speech or curtailing those who would use race and religion to destabilise the country. However, the reality is that there is no real political who will stand behind the bluster of hate speech laws.

So there are two issues here. The first is this: When it comes to hate speech, is Harapan walking the talk? We get all these politicians talking about how great hate speech laws would be when it comes to combating extremism, but as yet nobody beyond the DAP has called out hate speech when it comes to demagogues like Hadi and Zakir.
Indeed, all this bluster about the need to restrict hate speech is meaningless when the race-based parties continue to dominate the mainstream political terrain.
The second issue: Is hate speech law the best way to combat the ideas of extremists? Suaram’s critique of hate speech laws by Ku Kia Soong is especially important:
“So why has the BN and now, Harapan government, not drafted an Equality Act? Is it because 'equality' itself is a 'sensitive' issue in Malaysia today? It is so sensitive, in fact, that the ratification of Icerd (the International Convention for the Eradication of Racial Discrimination) had to be jettisoned recently. Imagine that!
"So, the BN, and now the Harapan government, has chosen to name their Bills with imprecise Orwellian terms like “National Harmony” and “National Unity”, which have been rendered meaningless through decades of Malaysian government doublespeak.”
Hadi Awang and people like him are not fearful of hate speech laws. What they are afraid of is equality laws. Harapan is prone to promoting the former, but not the latter. Why is that?
S THAYAPARAN is Commander (Rtd) of the Royal Malaysian Navy. A retired barrister-at-law, he is one of the founding members of Persatuan Patriot Kebangsaan.
Posted by KTemoc at 8:02 pm