Syiok Arousal - Only in Malaysia


PETALING JAYA: The National Sports Council (NSC) has criticised the Terengganu government over its decision to draft a shariah-compliant code of conduct for athletes.
“The state government’s concerns over female gymnasts and swimmers will affect the future of potential female athletes who can make the country proud,” NSC director-general Ahmad Shapawi Ismail said. 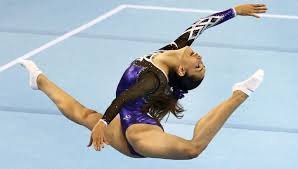 Terengganu executive councillor Wan Sukairi Wan Abdullah had said the proposed guidelines are not exclusively about sportswear but also the way athletes behave during sporting events.
He said the state will also withdraw from sports events that do not conform to Islamic conventions.
Wan Sukairi named gymnastics as one such event, saying there should not be compromise in such sports “because the movements are arousing”. 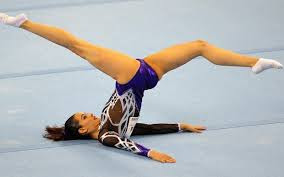 In a statement today, Shapawi said it is unacceptable for the state government to assume that the skills and techniques displayed in such sports are “arousing”.
He said sports is the stage for national athletes to achieve their ambitions to make the country proud.
“’Arousing’ has never been a term in the gymnastics arena and should not be a factor in sports,” he said. 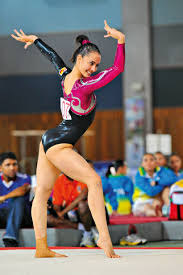 Shapawi said the choice of attire should be up to the athletes’ discretion.
“If an individual thinks that an attire is against the shariah regulations, then they can decide to not be involved in the sport or they can decide to wear something that is shariah-compliant,” he said.
He said he is concerned over whether the proposed code of conduct would affect non-Muslim athletes as well.
+++++++++
See also my post of 20 Feb 2018 about '"someone" being aroused by a 12-year old girl:
Seductive temptation from a certain angle far, far away

The Malay Mail Online had then published Chess girl withdrew due to anxiety over peeping, mum says after she came to know one of the chess tournament officials had considered her dress as “seductive” and “a temptation from a certain angle far, far away”.