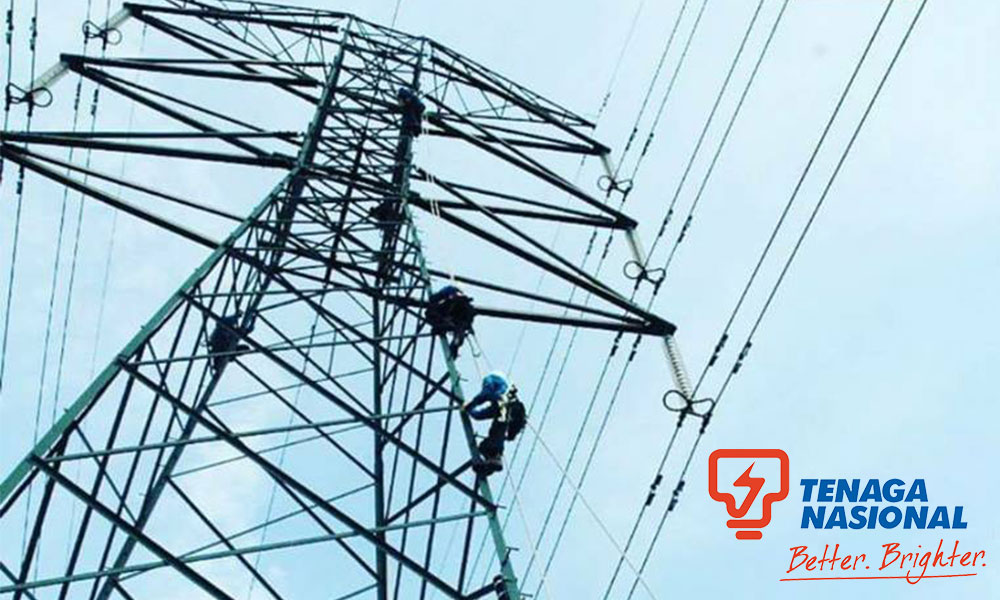 QUESTION TIME | Why would someone choose a property developer, and a relatively small one at that, Tadmax Resources, with a market value of RM227.3 million to undertake a massive RM3.5 billion, 1200MW project to become an independent power producer (IPP) to supply Tenaga Nasional?
Well, the current Harapan government squarely placed the blame on the previous BN government which had, in August 2016, announced the award through the Energy Commission via direct negotiations.
Inexplicably, after a review, the new Harapan government handed back the project on a platter to Tadmax, although there are many reasons why the project should have been nixed.
First, in August last year Energy, Technology, Science, Climate Change and Environment Minister Yeo Bee Yin said that Malaysia’s electricity reserve margin will hit 46 percent if Putrajaya does not proceed with the planned cancellation of certain new IPPs.
That effectively means that it has a reserve capacity of 46 percent above what it requires for power, a very high rate. She had earlier said that Malaysia could afford to cancel more projects as it already had a sufficient reserve margin of 30 percent.
She had indicated that cancellation of the projects will involve more than four new IPPs in total, but will be less than the prime minister’s suggestion of reviewing eight IPPs, all of which were awarded through direct negotiations by the previous government.
Thus, the acceptance of Tadmax’s proposal and its continuance, especially since Tadmax is badly qualified to undertake such a project, comes as a major surprise and indicates an about-turn by the government.
In fact, news reports, subsequently denied by Tadmax, said in February this year that Tadmax did not get the project after four other IPP contracts had been cancelled.

The four other contracts cancelled were announced by Yeo (above) in October last year in Parliament following a question. They included a 700MW power plant project by Malakoff Corporation Berhad and Tenaga Nasional Bhd (TNB), the 1,400 MW power plant by Aman Majestic Sdn Bhd and TNB in Paka, Terengganu, the 300-MW combined gas engine power plant project by Sabah Development Energy (Sandakan) Sdn Bhd and SM Hydro Energy Sdn Bhd at the Palm Oil Industrial Cluster (POIC) in Sandakan, and the 400-MW solar energy quota to Edra Power Holdings Sdn Bhd for the development of a solar energy plan.
The cancellations were because of non-compliance of conditions stipulated in the offer letters from the developers.
“In future, any company that wants to be involved in the power sector should only go for open tenders because that would be the way it is from now on. In open tenders, the price is usually competitive. The direction is very clear. [This is] only [about] the new IPPs because our reserve margin will hit 46 percent if we do not cancel some of them, and they do not give a competitive price,” she added.
Thus, it came as a surprise to the market, despite a rising reserve margin, that the 1,000-1,200 MW large project by Tadmax still went through, although it did not include any big name in the power sector and did not have any expertise in the power sector. Which is the second reason why the project should not have gone to Tadmax.
In the absence of a proper explanation from the government as to why the go-ahead was given for Tadmax, there can be any number of speculations.

The previous BN government, when it announced its award to Tadmax in August 2016 through the Ministry of Energy, Green Technology and Water, said that Tadmax’s 60-acre tract on the island off the coast of Selangor was deemed suitable for the location of the power plant as about 45 percent of the country’s electricity demand came from the Klang Valley, according to a report.
It was further reported that Tadmax had South Korea’s state-owned utility Korea Electric Power Corp (Kepco) as its technical partner, and Selangor state-linked Worldwide Holdings Bhd as its strategic partner.
Under the terms of their respective agreements, Kepco would hold 25 percent of Tadmax Indah Power Sdn Bhd, Worldwide, 35 percent, and Tadmax, the biggest portion of 40 percent.
This smacks of a classic patronage arrangement under which Tadmax was given the contract without any competing bids, obtaining expertise and connections by sharing the contract with others.
Tadmax’s major shareholders seem somewhat indeterminate. Reports say the previous major shareholder, Anuar Adam, has sold most of his 26.43 percent stake, held with his deputy and son Aldillan Anuar, in the company, leaving a residual of just 2.79 percent.
Shareholder lists currently indicate that the largest shareholder of Tadmax is Kok Boon Kiat with an 8.21 percent stake and Tan Kak Seng with a 7.2 percent stake. There is a string of other small shareholders. This could have been done to mask the real beneficial shareholders of Tadmax.
This is yet another indictment against the government decision - awarding the contract to a company which does not seem to have a strong list of shareholders.
Given Tadmax’s inexperience in the industry, it is extremely unlikely that Tadmax would be able to submit a competitive bid that will ensure the successful completion of the bid in an open tender.
One has to also wonder if the participation of the Selangor state government via Worldwide Holdings may have helped to tip the balance in Tadmax’s favour, which if it has, indicates an unwholesome favouring of a state entity.
Finally, an equity partnership with a foreign utility company is rather odd, when the clear better partner would be local utility Tenaga Nasional, which also produces electricity and is a partner with some IPPs. That would have helped ensure the successful completion of the project according to the power purchaser Tenaga Nasional’s requirements.
Whichever way one slices, dices and mashes it, the inevitable conclusion is that this deal is unconscionable and should never have taken place. It is an example of rent-seeking - the manipulation of public policy for profit - at its worst.
It is a wonder that the Harapan government has allowed the deal to go through after proper and due review, and is yet another factor showing that the reform agenda that Harapan has promised in its election manifesto is severely under threat from people who are very powerful and have the ears of the top leadership.
It is a return to the bad old days of the IPP awards during the current prime minister’s previous terms when lopsided contracts were forced upon Tenaga Nasional to make not just millionaires, but billionaires.
We are still reeling from this and the Harapan government compounds it by awarding the contract to Tadmax!
Finally, it is a blight upon an upcoming youthful DAP minister - Yeo Bee Yin - who so far seems to have no answer for this atrocious decision which her ministry has to take responsibility for.
P GUNASEGARAM laments the still rather poor way in which contracts are awarded and deals made - an absolute lack of transparency, good governance and accountability - in the so-called new Malaysia. He is editor-in-chief of business publication Focus Malaysia.
Posted by KTemoc at 10:04 am